Why You Need To Decide That You’re ‘Good Enough’ 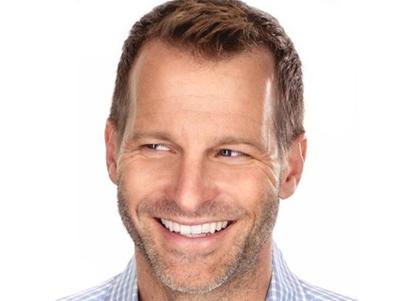 In the HBO documentary, “Casting By,” the late casting director Marion Dougherty talks about how it didn’t really matter to her if actors bombed auditions. Or sucked. Or weren’t great all the time.

What mattered is that she saw something in them and knew that eventually there would be a role that would come along to match the essence of that particular person.

She should know as she discovered all kinds of talent from Al Pacino and Jon Voight to Glenn Close and Diane Lane.

All of these varied and different human beings whose careers she helped start certainly are originals. That’s the common denominator. (She also always trusted her gut about people.)

And it sort of raises the question . . . What is talent? Does everyone have it? What is “it”?

From a scientific standpoint, yes, we all possess innate, inner talent. We all have vast resources of potential and possibility within us waiting to be uncovered and utilized.

The process for actors (and for all people, really) is about discovering, cultivating, nurturing, harnessing, and finally expressing that talent. And that takes work.

Technique is simply a vehicle for letting your talent be expressed—emotionally, instinctually, and physically.

And talent is simply how you do what you do.

Your approach, your style, your intuition, your physiology, your tendencies, your physicality, your hopes and fears, your blood and guts, your passion and pain, and what you bring to a role is unlike anyone else. It doesn’t mean it’s necessarily better—but it is uniquely yours, because of the unique life that you are living. And that’s all you’ve got—this one life.

Talent, then, becomes about unapologetically bringing yourself to the work (and being shown how to do that). And the only way you’re going to do that and get there (besides having great casting directors ultimately see that quality) is by giving yourself permission.

You simply have to stop doing it for other people. For acceptance. For someone to love you. Or get you. Or acknowledge you. Or validate you.

It’s tough because we live in a world where we’re constantly seeking validation through the external—Facebook mentions, tweets, casting callbacks, and agency acceptance.

You’re good enough to get the job and have an agent and be on a show and get paid for your work and have an amazing career.

You’re good enough to lead by example and inspire others and tell your own unique story and trust that people will want to listen.

You’re good enough to stop second-guessing everything or stop doubting yourself continuously or listen to the advice of hundreds of other people or take thousands of different classes feeling like you’re always in search of “something missing.”

You’re good enough to be loved and be happy and have your dreams come true and not always feel like you have to have it all figured out and still be okay with being a continuous work-in-progress.

Anthony Meindl is an award-winning writer, director, producer, and Artistic Director of Anthony Meindl's Actor Workshop (AMAW) with studios in Los Angeles, New York, London, and Vancouver. It was voted the Best Acting Studio in Los Angeles by Backstage in 2011 and 2012 (Best Scene Study and Best Cold Read).