Why You Need to Embrace Rejection 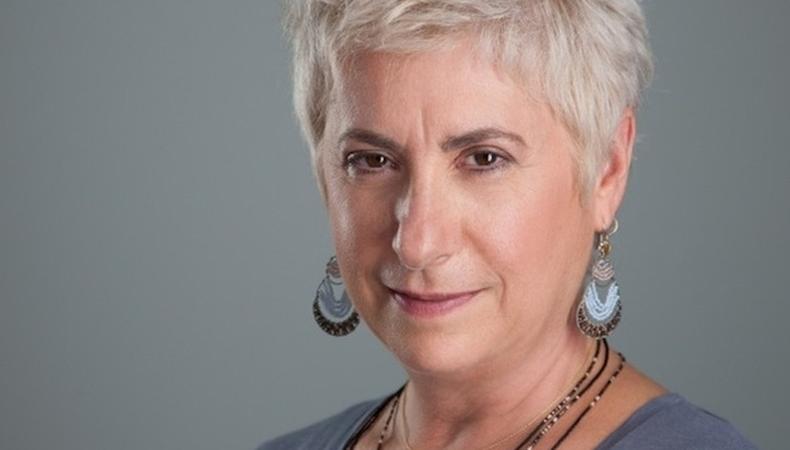 Rejection feels crappy. It feels awful to have someone tell you, “No, we’re choosing someone else," or, “We’re letting you go.” It's especially hard if you’ve put yourself out there, if you’ve made yourself vulnerable. You’ve worked hard. You’ve invested in the job. You’ve done wonderful work. And you love it.

But what about this possibility: How about going into an audition or to a table read, getting rejected, and allowing yourself to be OK with it? How about using rejection to fuel you? How about making it a meaningful part of your journey? Hard to imagine? Hell yeah.

Our normal human reaction is to resist feeling like crap. We don’t want to hurt. We don’t want to go to uncomfortable places, and we resist it in the work. It scares us; we do everything to avoid it. We see these words on the page and instantly shut down: “She sobs. She weeps. She cries uncontrollably.” We decide it’s impossible or useless. (The main reason that’s written, by the way, is so that the writer can underline the depth of the character’s feeling, the importance of the moment. It’s there to sell the script, not to torture the actor!)

An actor recently told me that her cousin had died, and therefore she was afraid she’d be too fragile and emotional to come to class. Well, that’s why you’re doing this, isn’t it? To express those deep, scary feelings? Remember the voice that once screamed out, “You’ve got big feelings. You’re different. You should be an actor!” Or maybe it was your mother or your drama teacher who shouted that. Either way, it’s what you love about acting. You found a place where you could feel all those rich, dark feelings. And then you went out there, made yourself vulnerable, and you had your heart broken. Well, good! We want you to feel things deeply. It’s easier to shut down and pull away from the uncomfortable places. But that pulling away just creates more fear, shame, and self-loathing. That doesn’t serve us as artists. It’s actually our undoing. Our goal is to expand. And that demands risk. It demands vulnerability.

You’re going to be rejected. Many times. Rejection is a real part of your work. It’s also a part of your emotional evolution. So what would it be like if you were rejected and welcomed the experience of feeling the hurt, the sadness, the anger? What if you were willing to truly let yourself experience those feelings wholly? And then were able to come out the other side – to find the power in it, to know the beauty in such deep feeling, to absorb the information revealed, to know the truth in both your unique experience along with its universality. It’s so uncomfortable for us to go there, but it’s vital for an artist. It’s essential to grow your entire instrument as an actor. It’s the most exciting human experience there is.

Brené Brown says that people who have a strong sense of love and belonging, "fully embraced vulnerability. They believed that what made them vulnerable made them beautiful. They didn’t talk about vulnerability being comfortable, nor did they really talk about it being excruciating – as I had heard it earlier in the same interviewing. They just talked about it being necessary.”

You’ll also get good at it, at feeling rejection for what it is, and confronting the narcissism that comes along with it. Truth is, in the scope of this business, not getting or keeping a role has nothing to do with you. Sorry, you’re not the center of “their” universe. The writers, producers, and directors, who are all desperately worrying about their jobs and projects, aren’t concerned with your feelings. They aren’t focused on loving you or wanting you. They’re doing their work so that they get their show picked up or their next gig booked or so they don’t get fired. You only matter to you. In that, you can make it personal in an unexpected way. You can choose to trek through the experience of rejection boldly, feel your feelings, grow from them, and move on.

As a good friend who’s been auditioning for 40 years says, “They weren’t buying what I was selling today. That’s fine with me. What I’m selling is my whole self. And when they develop an appetite for it, I’m right here with the best of what I’ve got.” He auditions with excitement and grace. He relishes every chance he has to act. And he gets hired one out of every three times he auditions.

There’s healing in this process of embracing rejection. The joy in being able to move through all of those big feelings can be powerful. If you fight it, you’ll feel worse. You’ll get stuck in feeling awful and shut down. If you embrace it, you’ll free yourself. And in so doing, you’ll do glorious, deep work.

I’m not encouraging indulgence when you’re rejected. I don’t recommend that you wallow in any kind of self-pity. Or complain all night to your spouse. Or create drama from it. Sure, have a few glasses of wine, curse the gods, cry, growl, eat some ice cream and watch The Bachelorette. Be miserable for one evening. And wake up the next day, fortified. Even better, write about it, exercise through it, acknowledge it for what it is. There’s tremendous growth in allowing yourself to embrace the rejection and process it completely.

In the end, you’ll want to find places where you can practice emotional exploration in a safe, nurturing way. Where you can take risks, make discoveries, surprise yourself, in community with fellow artists, in a class that supports you, and in healthy theatrical engagements.

Steve Braun, my studio partner, says, “Actors have to be brave. You have to feel the fear but move forward anyway, to be affected by your feelings, to allow yourself to go to uncomfortable, vulnerable places, and to be affected by your feelings, to walk towards it – sometimes reluctantly – and even lean into it. Nothing compares to the power of you showing up with a strong, unique, active point of view and doing what you can to affect another human being.” That is an auditioning and working practice at its best.

So go ahead and be courageous. Open your heart. Brené says, “Vulnerability is our most accurate measure of courage.” Be vulnerable. You’ll speak to the vulnerability in all of us. We’ll love it and embrace you for it.

For the past 30 years Risa has worked consistently as a director, producer, casting director, writer, and teacher, collaborating with some of the most groundbreaking artists in the world. Having directed two feature films ‐ the cult classic, "200 cigarettes," and most recently, "The Con Artist" in Canada - Risa’s also directed for television, including multiple episodes of "The Twilight Zone" for New Line/UPN, and shows for HBO, Lifetime, and Comedy Central. She’s directed dozens of plays in New York (The Ensemble Studio Theatre, Second Stage, Manhattan Theatre Club) and in Los Angeles. Risa’s casting résumé includes more than 65 feature films, classics such as "Something Wild," "At Close Range," "Angel Heart," "Fatal Attraction," "Wall Street," "Talk Radio," "Jacob’s Ladder," "Born on the Fourth of July," "JFK," "The Doors," "Sneakers," "The Joy Luck Club," "True Romance," "Speed," "How To Make An American Quilt," "Dead Presidents," "Twister," "Benny and Joon," and "Flirting With Disaster;" and numerous television shows, including "Roseanne," "CSI:NY," "The Cape," and most recently "A Gifted Man" for CBS and the pilot "Rewind" for Syfy. She’s about to start casting the Showtime series, "Masters of Sex." She’s just begun casting the Showtime series, "Masters of Sex." Risa served as a producer on Oliver Stone’s films "Heaven and Earth" and "Natural Born Killers," movies she also cast.

Risa Bramon Garcia
For the past 40 years, Risa has worked as a director, producer, casting director, and teacher. Having directed two features—including “200 Cigarettes”—she has also directed for TV and dozens of plays in New York and Los Angeles. Her casting résumé includes more than 80 feature films and shows, and includes “Desperately Seeking Susan,” “Fatal Attraction,” “JFK,” “The Joy Luck Club,” “The Affair,” “Masters of Sex,” and the original “Roseanne.” She is a founding partner of The BGB Studio, known for revolutionary acting training.
END_OF_DOCUMENT_TOKEN_TO_BE_REPLACED