What You Need to Know About Auditioning With an Instrument 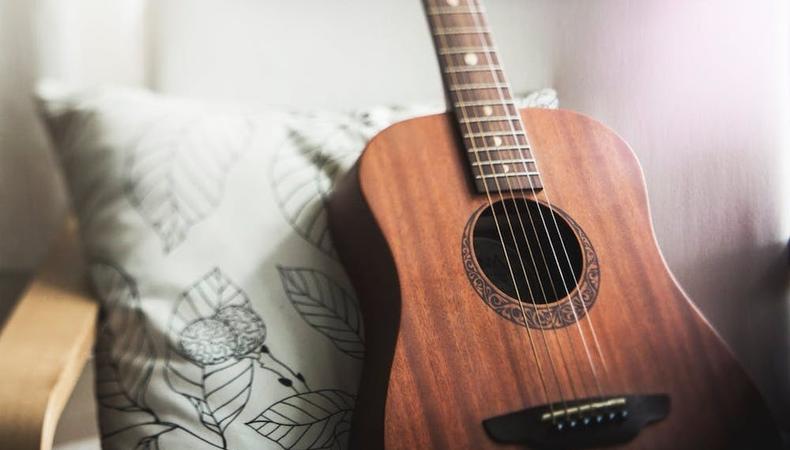 If you’re called in for an audition that requires playing an instrument alongside acting, don’t freak out! Focus on your strengths. The most important thing is your acting ability: don’t let performing a musical skill take away from being absolutely prepared for your scene.

In my recent experiences casting projects that require characters who play instruments, we always started with the scene and then 30–60 seconds of playing. Like I said, acting comes first.

Another thing to keep in mind is that when you see musical performances on TV and film, it’s most likely a day’s worth of shots edited together to make it look like a seamless two-minute performance. The vocalist is usually lip singing to a previously recorded track, and that goes for the instrumentalists as well.

If you have an audition coming up that requires a musical instrument, here are a few tips to rock it confidently.

Be honest.
We are on your side and are hoping you do well. Be honest when we ask how long you’ve played your instrument. If you’re brand new, saying you’re excited to learn more is better than apologizing for the upcoming terrible performance we’re about to witness. I’d rather you not tell me you picked up the guitar yesterday because in my head I am saying “Oh no” instead of enjoying your performance.

Be prepared.
Have your instrument tuned and out of its case. Stay in control of your process in the room, relax, and have fun. Make the situation as easy as possible for yourself. If for some reason you can’t travel with your instrument, ask the casting director ahead of time if you can send a self-tape of you playing.

Keep it simple.
Don’t make it complicated by bringing amps, loopers, or any additional equipment that may be difficult or time-consuming to set up or test.

Choose one.
Playing one instrument well is better than attempting three poorly. Even if you can play multiple instruments efficiently, choose your best one.

Power chords.
If you’re a beginner to the guitar, an easy go-to would be strumming to power chords. They create the best illusion of you owning the fretboard and present a thick, memorable rock sound. (I warn you now that your fingers will hurt tremendously if you are not used to playing power chords. It takes a few days to build calluses on your fingertips.)

Stay in time.
If you can’t transition through the chords seamlessly, I’d stick to rocking those power chords. Playing efficiently and confidently will put you ahead of the pack. Remember: music is rhythm so if you can’t stay on beat, it doesn’t matter how nice the sound is. People are more forgiving to an off key than going off rhythm.

Brittney Grabill
Brittney Grabill is a pop singer/songwriter in Los Angeles, CA and works in casting for film and music videos. She released her first original song at the age of 16 and has consistently performed throughout North America ever since. She has worked in casting for various music influenced projects including Anderson Paak’s Grammy promo video and Adam Sandler’s Netflix film “Sandy Wexler.”
END_OF_DOCUMENT_TOKEN_TO_BE_REPLACED