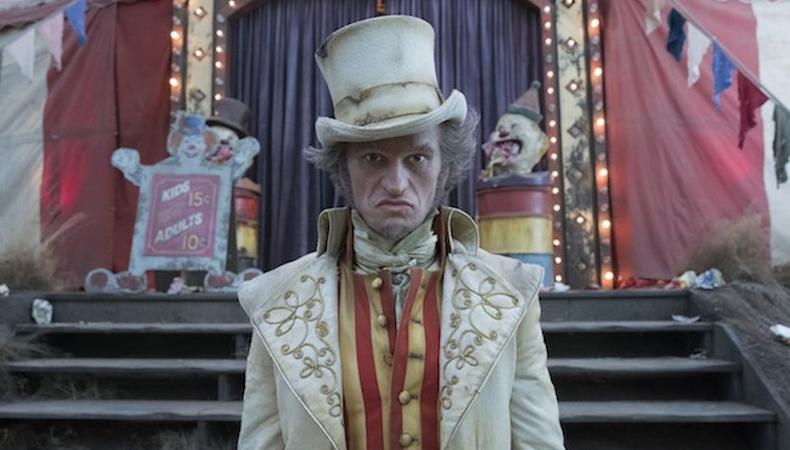 As costume designer for Netflix’s “A Series of Unfortunate Events,” Cynthia Ann Summers builds its characters’ sartorial worlds from scratch. Luckily (and resourcefully), she herself has a performance background, which helps immeasurably to plant her in actors’ shoes—literally. For the delectably grim series’ second season return, Summers spoke with Backstage about how actors inform each step of her creative process, and the one measure Neil Patrick Harris takes at every fitting that she describes as “an explosion of creativity.”

In what ways do costume designers work with actors?
Actors are my palette. I’ve always equated a movie or television show to [the idea that] we’re all coming together to paint this picture. If one of us is on a different journey, then there’s a black line going through our painting and that’s all you’ll see when looking at it. If there are ideas that someone else [on the creative team] isn’t buying, we all have to talk about it. Everyone should feel like they’re serving this singular purpose.

Do you appreciate actors’ input in the costuming process?
It’s super important for actors to be involved. I never want them to feel like I’m forcing them into something their character wouldn’t ever wear, [and] therefore, they can’t get out there and be that character. They can just go and do their job and they feel a costume, they don’t think about it. Their costume is a part of their bodily character. You want to hear what the actors have to say because they’re the ones who have to be these people. I want to be a part of that. I don’t want to be stopping any part of that process.

What is it like to costume for “A Series of Unfortunate Events”?
We illustrate everything first and then I bring in the illustrations when we have a fitting. The first thing Neil Patrick Harris [who plays Count Olaf] does is turn to me in the voice he is going to be using in that particular disguise: “I’m going to be talking like this with this guy.” It just colors completely differently the way I’m looking at what I’m creating. It’s an explosion of creativity, and that means we’re working together. It’s super cohesive.

READ: How to Become a Costume Designer

Have you learned anything new about costume design working on this series?
This project is a little outside of my genre, generally, but it’s been an affirmation, too. As artists, a lot of us get pigeonholed into “This is your genre, this is what you do,” from actors to creatives. The bottom line is we’re all artisans, or we should hope to be, and you should be able to go outside your wheelhouse if you want. You just come up with different, interesting things and you have more to offer because it’s almost like you’re fresh at this. It’s a new thing.

Does your performance background imbue your approach to costume design?
Absolutely. Everyone has different opportunities, so I’m not saying this is the only way, but I think that having been a performer, albeit primarily in dance, I have been given a good, basic sense of body. That helps me with everything, from understanding how fabric moves on a body to which fabric to use and what you need it to do.

How important is trust between an actor and a costume designer?
Trust is extremely important. It’s like being pregnant: You’re creating this thing, creating this thing, and then he arrives and goes off to set and you never see him again—hopefully! There is nothing worse than getting the call that you have to come to set. We do our best. Nobody’s infallible, but you really want to make sure you got it all right the first time around and everybody agrees on what the outcome is. You also want it to be a good time! You don’t want to be dreading that person walking through the door. I make sure that doesn’t happen as best as I can.

Casey Mink
Casey Mink is the senior staff writer at Backstage. When she's not writing about television, film, or theater, she is definitely somewhere watching it.
END_OF_DOCUMENT_TOKEN_TO_BE_REPLACED