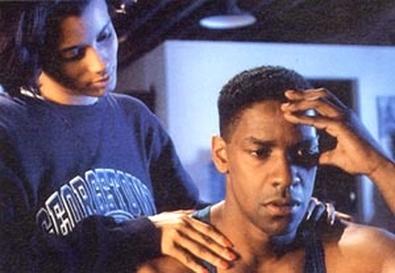 Photo Source: 40 Acres and a Mule
ATLANTA – The country's first broadcast network aimed at African-American audiences is set to debut this fall with free movies, sports and documentaries.

Atlanta-based Bounce TV will be an over-the-air channel supported by sponsors, showing programs for blacks ages 25 to 54. It is designed to be carried on the digital signals of local television stations, and it doesn't necessarily want to compete with existing cable networks like BET, TV One or Centric, said Ryan Glover, a former Turner Broadcasting executive and member of the Bounce leadership team.

"We are basically targeting the rabbit-ear consumer," Glover said.

As the network grows, it also plans to produce original programming. The network hopes to reach as many as half of American television households—up to 50 million homes.

Glover declined to disclose how much the venture will cost, saying only that it is less than launching a cable network.

"Our audience is so desperately underserved, I think consumers will welcome a fourth option," he said. "Hopefully in the future, there will be a fifth, sixth, and seventh offering. Bounce TV will fill the void for people who are hungry for more African-American related programming, stories, characters, sports and events."

Bounce has already acquired the television rights to nearly 400 movies, including "The Wiz" and "Car Wash"; several Spike Lee productions such as "Jungle Fever," "Mo' Better Blues" and "Do the Right Thing"; and films featuring Oscar winner Denzel Washington, such as "The Hurricane," the Civil War epic "Glory" and "Philadelphia."

"What it will do is give access to that type of programming to those who may not have access to" cable, she said. "Everything competes in a multi-channel environment, but it's not like someone who has cable won't want to watch this if it's good. As long as they have big investors behind them, they'll be able to get the word out. It's tough to get on the map. The key is marketing and generating awareness."


Copyright 2011 Associated Press. All rights reserved. This material may not be published, broadcast, rewritten, or redistributed.