Be the New Triple Threat: Actor-Writer-Producer 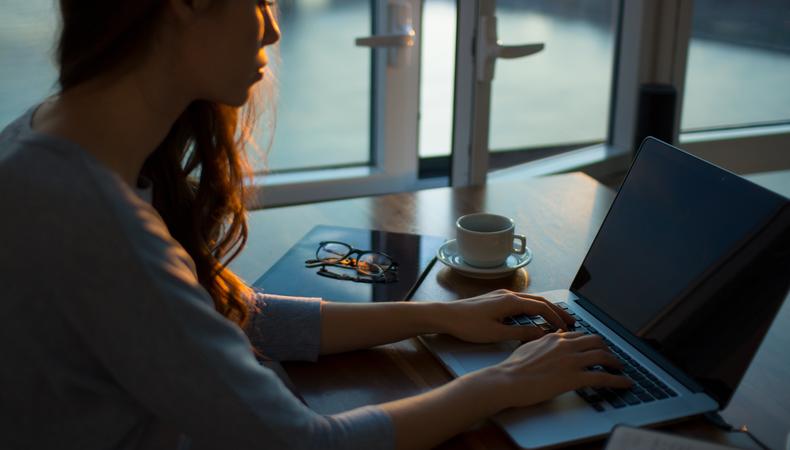 Due to the internet, showbiz has changed radically in the last few years. Self-submissions? Paper headshots and résumés? Making rounds? That’s over. Change is good but requires a different approach. You need to revise your marketing perspective. It’s a new world.

Here’s a quick review. In the 1960s through the ’90s, actors could study theater, come to New York, audition, and get cast in a Broadway or an Off-Broadway show, and “bounce up” into films heading for “the Coast,” aka Hollywood. Great examples include Paul Newman, Marlon Brando, Robert Redford, Meryl Streep, and Al Pacino.

There were clearly defined boundaries back then between being a theater actor (high status), a film actor (glamorous but not necessarily considered talented), and the TV actor (the lowest status; considered a “pretty face”). With few exceptions, most of the TV at that time wasn’t perceived as particularly very good. If you look at some of the old series today, they seem pretty lightweight.

Then, due to economics (i.e. the cost of producing Broadway shows), it became absolutely necessary to hire “stars” and known actors to make the shows successful with a hefty advance sale for the box office. And where do theater producers get stars? Hollywood. So actors started to “crossover” to other mediums, from film to TV and from TV to theater. It leveled the playing field so the path became to start your career in TV and film and then get a Broadway show. Now it’s popular for movie stars to accept TV roles and then do Broadway.

Glenn Close led the movement by accepting a TV series, “Damages.” She was followed by Dennis Quaid (“Vegas”), Kevin Bacon (“The Following”), Sigourney Weaver (“Political Animals”) and more. Today, series are the hot item thanks to great writing, which attracts film stars and the best-trained theater actors.

But something recently happened because of the internet and social media: actors can now establish themselves (no need to be a movie star to get a primetime series) by creating their own material (i.e. webisodes, short films, creative videos, and even standup comedy) which can be posted on YouTube, Vimeo, and their websites. They can then attract a fan base on Twitter and Facebook. As a matter of fact, it’s necessary for actors today to promote themselves this way.

In the old days, a triple threat was a singer-dancer-actor. Agents were thrilled to sign a performer who could work all the time in one media or another. Now they’re delighted if their clients are super proactive, creating their own products. That means really owning your career.

It’s nothing new. Shakespeare was an actor and writer, but he also got together a bunch of friends, leased some swamp land in South London, bought some cheap lumber, and built a theater, The Globe. No more being expelled from the courtyards of rowdy Inns or having to depend on a noble patron to pay for a performance. When you own the theater, you keep 100 percent of the box office. Good deal, Will.

David Garrick, a brilliant actor of the 18th century, followed suit. When acting roles were slow in coming, he took over the Drury Lane Theater and became a very successful manager-producer (later owning a share of the theater). He chose many of the best roles for himself and hired writers to write for him. (A good way to win a Thespian Award, the 18th century Oscar.) He became wealthy because he owned the product: play and theater.

Similarly, in the 19th century, Edwin Booth created a theater company and toured the world keeping most of the box office. He managed the Winter Garden, a Broadway theater, bought the Walnut Street Theater in Philadelphia and established the Booth Theatre, also on Broadway. He became very successful, both as an actor and as the owner of so many theaters. He bought an elegant townhouse in Gramercy Park and established the prestigious Players Club. When you own that many theaters you always have a place to perform!

Mae West wrote her own material, (screamingly funny and bawdy plays and screenplays), rented theaters, produced films, and was a glamorous movie star as well. Her success came from owning the material and the product.

The lesson here? Create your own product—play, film, web series, standup. Find a friend with a camera. Get your crew together and shoot. Use social media to publicize and gather 50,000 or a million fans.

It’s so much easier than building a theater or going on the road. You guys in this century have it easy!

Gwyn Gilliss
As the “Foremost Marketing Coach for Actors,” Gwyn was a successful actor herself working in all mediums. An Emmy Award nominee, she appeared on dozens of network daytime and primetime series. Her film scripts won awards from Beverly Hills to Cannes. She’s the premier role model with winning strategies and first-hand knowledge of the TV, film, and theater industries which she shares to help actors succeed. Request a complimentary 15-minute career session: gwyngilliss.com/contact.
END_OF_DOCUMENT_TOKEN_TO_BE_REPLACED