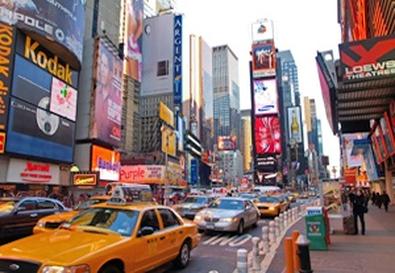 New York, New York. As the song goes, if you can make it there, you can make it anywhere. But with the economy in the doldrums, daytime dramas being canceled, and Broadway shows closing despite good reviews, is it still possible to make a living as a performer in Gotham?

We asked a host of casting directors and other professionals for their take on New York's acting markets, plus their advice for getting your foot in the door—whether that door leads to the stage, film and TV, comedy, cabaret, or elsewhere. The answers indicate that an acting career in the city is still challenging but that opportunities exist.


Broadway, Off-Broadway, & Off-Off-Broadway
With the economy in the doldrums, daytime dramas being canceled, and Broadway shows closing despite good reviews, is it still possible to make a living as a performer in Gotham?

Television
When it comes to assessing the health of the television market for actors in New York, experts disagree.

Voiceovers
Many actors want to get into voiceovers. The promise of solid pay for work that can be done in sweatpants has attracted plenty of New York actors to the market in recent years.

Cabaret
"Cabaret is the first and only career open to them," claims Sidney Myer about newcomers to New York and the opportunities for exposure offered by cabaret.

Comedy
No matter your approach, the most effective way to develop your comedy career is to get lots of stage experience.

Variety
Newcomers to New York whose entertainment skills don't quite match the requirements of traditional plays or musicals can still find a wide range of opportunities to perform.

Unusual Venues
Opportunity is where you find it, and many New York performers create their own work—literally outside the black box—when they find the conventional acting markets too crowded