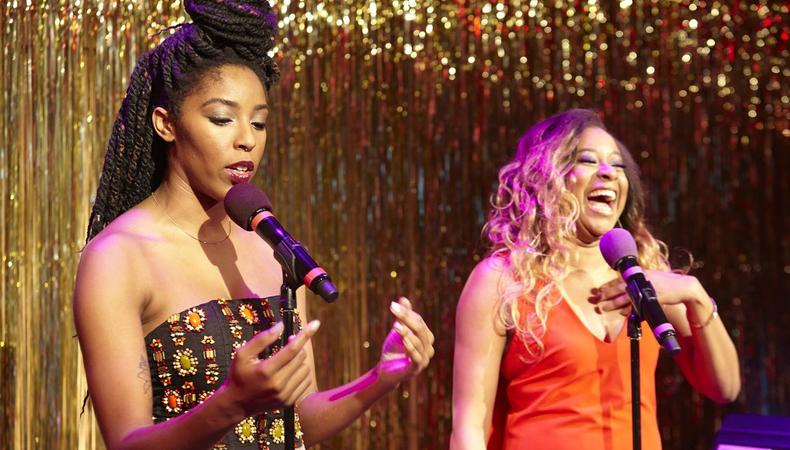 The New York Comedy Festival has announced the first round of its lineup, featuring a number of big-name comedians and podcasts, including Chris Hardwick, Kevin Smith, Nick Offerman, and Iliza Shlesinger. 2 Dope Queens, the podcast created by Jessica Williams and Phoebe Robinson, will headline the event with a live show at The Bell House.

Produced by Carolines on Broadway and TBS, the six-day festival brings more than 200 comedians together for over 60 shows across New York City. Acts range from TruTV’s “The Impractical Jokers” to former Obama speechwriter Jon Lovett performing his “Lovett or Leave It” podcast to Ron White at the Beacon Theater.

The 14th annual event will also feature a comedy hub at the Public Hotel. Here, festival goers will be able to see curated programming and appearances such as a taping of “Full Frontal with Samantha Bee.” As an extension of the TBS hub, Conan O’Brien will also do a live taping of a full week’s worth of shows at the Apollo Theater.

NYCF attendees also have the chance to participate in a pop-up training center, which features improv, writing, and stand-up workshops presented by Second City and Caroline’s on Broadway.

Past comedians at the NYCF include such well-known names as Aziz Ansari, Hannibal Buress, Louis C.K., Judd Apatow, Jim Gaffigan, Ricky Gervais, and Andy Samberg. More podcasts and performances are expected to be announced for this year’s event closer to the beginning date.

The 2017 festival runs from Nov. 7-12, with tickets available beginning Aug. 14. More information about the lineup and tickets can be found on NYCF’s website.