Why Your Next Film Should Be in Knoxville, Tennessee 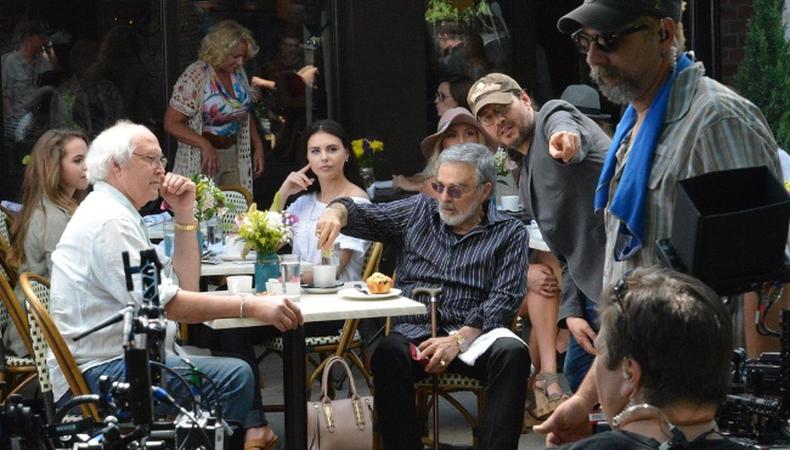 When writer-director Adam Rifkin set out to film his self-professed passion project, “Dog Years” (written for and starring Burt Reynolds as an old-time movie star down on his luck), it was some time before he chose a place to film it. But when he landed on Knoxville, Tennessee, the filmmaker knew he had found something special.

“I’ll say in full disclosure, the original draft of the story did not take place in Knoxville, but as we were seeking out states that had film incentives and where best to shoot the movie...I came to Knoxville, and I fell so in love with it that I completely adapted the script. It felt to me like the right place to set this story.”

Much like the Georgias and Louisianas before it, Tennessee has quietly created a state of Hollywood outside of California, particularly in its metropolitan hubs like Nashville and Memphis. Knoxville has long been a popular city for television production via companies like Jupiter Entertainment and RIVR Media, but “Dog Years” marks the first independent feature to come since the city founded its Visit Knoxville Film Office two years ago.

“We’ve just been trying to make Knoxville a little bit more film-friendly,” said Curt Willis, director of the city’s film office. Through his time there, Willis has overseen efforts to make filming in Knoxville easier. “We’ve made the permitting process easy here, and free, and that all goes through my office,” he told Backstage. “For example, if you want to close a street in Knoxville for filming, that’s free. And any city services are very affordable, so if you’re trying to get fire, EMT, or police officers for a shoot, they’re $30 an hour. It’s a fraction of what they are in other cities.”

Not only that, but thanks to the city’s roots in TV production, there are always experienced, professional crew members to work on all facets of the film set—plus actors to spare. Rifkin hired talent from both camps to work on his movie, which wrapped filming July 1 and co-stars Chevy Chase and Ariel Winter.

The filmmaking efforts personal to Knoxville came in addition to the statewide incentives allocated by the Tennessee Film, Entertainment, and Music Commission each year, including a 25 percent cash rebate for qualifying Tennessee labor and vendor costs and, Willis said, $2 million recently allocated to exclusively East Tennessee. (Previously, these funds were largely eaten by the larger markets farther west.)

For Rifkin, such incentives were of course enticing as an independent filmmaker, but the personal touch the Knoxville community brought to the process was what ultimately locked in his decision. It’s an endearment that made his little film “so much bigger, so much richer,” he said.

“I’d love to make more movies in Knoxville and I know other people here in Los Angeles would like to do the same—not only because of the dollars and cents of the incentives, but also because of the hospitality. It’s a real one-two punch that benefits production,” Rifkin added. “We’re beyond grateful, not only because it made the process very pleasant, but it really did benefit the film in so many ways that money just can’t buy.”

Benjamin Lindsay
Benjamin Lindsay is managing editor at Backstage, where if you’re reading it in our magazine, he’s written or edited it first. He’s also producer and host of a number of our digital interview series, including our inaugural on-camera segment, Backstage Live.
END_OF_DOCUMENT_TOKEN_TO_BE_REPLACED