A Vocal Coach on What You Should Know About Nodules 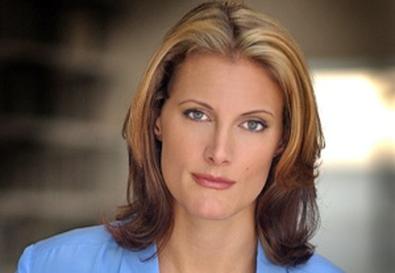 Vocal nodules are probably the most serious problem a singer or actor can face. Proper training, practice, and lifestyle can help avoid them, but what if a performer already has nodules? Not taking the correct steps to rehabilitation can destroy a voice—and with it a career. Valerie Morehouse is a Los Angeles–based vocal coach who has helped rehabilitate a number of actors and singers with serious voice problems. She is currently helping rock musician Reeve Carney and actor Evan Rachel Wood prepare for their Broadway debuts in the upcoming musical "Spider-Man: Turn Off the Dark."

What Is a Nodule?

A nodule is a mass of tissue that grows on the vocal folds as a result of stress. "If the singer or actor is straining the voice in any way, the vocal cords rub up against each other almost like sandpaper, and it creates a callus like you get on your hands from lifting weights," says Morehouse. Vocal nodules can have different stages. "The nodule starts off in a soft state," she says. "If left unattended, it can get larger and become what's called a hard polyp, at which stage the singer would have to have surgery."

There are definite symptoms that singers should be aware of, both in their speaking and singing voices. "When speaking, you often hear the singer go into a vocal fry, where the voice will drop down and get a crackling sound as the cords rub against each other," Morehouse says. "In the singing voice, as they leave the chest register and go toward the middle register, the voice will tend to cut out and notes will be missing. The larger the nodule, the more notes they will lose."

If a singer suspects nodules, finding the right doctor is very important. Morehouse suggests you find out who the top ear, nose, and throat doctors are in your community. "The doctor will do a scope, where they put a camera either through the mouth or nose, which can take video of the vocal cords and the surrounding area to see what's going on," she says. "Sometimes during the first visit, the throat is so filled with mucus or swelling that they cannot get a good look. They will then put the singer on short vocal rest until the swelling goes down."

Morehouse works with some of the world's top ENTs, such as Dr. Shawn Nasseri, currently the voice doctor for "American Idol." Working closely with a student's physician is essential for her. "I am not a doctor," Morehouse says. "I can rehab the voice, but I recognize where that boundary is. I need to be able to contact them if there's a medical question or need for a follow-up. It's important to work as a team to get the singer back to full health."

Morehouse insists that surgery is not always necessary. "A singer has to be careful about going to a surgeon who just wants to laser them off," she warns. "I would say seven out of 10 times the singer can rehab the voice to the point where the nodule will shrink and eventually disappear."

There are times when surgery cannot be avoided, usually if the nodule is large or hardened or if the singer has upcoming shows. Morehouse suggests getting vocal rehab before and after surgery: "If they practice properly and stay plugged into the training, they will often never have a nodule again."

Morehouse has very specific exercises for rehabbing the voice. "I usually start with harder-consonant exercises, like 'gee' or 'gug,' as these help get the cords closed and strengthened," she says. She stays away from breathy exercises. "Any exercise that's aspirate, like a 'sh' sound, is only going to exacerbate the problem by sending more air through the cords," Morehouse warns. "This excess air will tend to dry out and irritate the nodule, which can worsen the problem."

Vocal damage can severely limit a singer's range. Morehouse carefully analyzes each voice so she can work safely within its current state. "I first test the voice to see where the nodule is sitting on the cord, listening to how the cords are closing in certain registers, like chest, middle, and head voice," she says. "I work sections separately at first, being careful not to overwork and cause further damage to the voice. Once they begin to get the exercises in their body, feeling the correct vibrations and closure, I start to take them higher."

A singer who is experiencing vocal troubles will often think the solution is simply a matter of more breath support. Morehouse disagrees with this notion. "If the singer has nodules, it's a very bad idea," she warns. "If you give too much support without balancing the voice first, it's working backwards. Support alone can put too much muscle and pressure on the mechanism, which can worsen their problem."