Notes From the Field: Why Actors Need to Be Their Own Creative Advocates 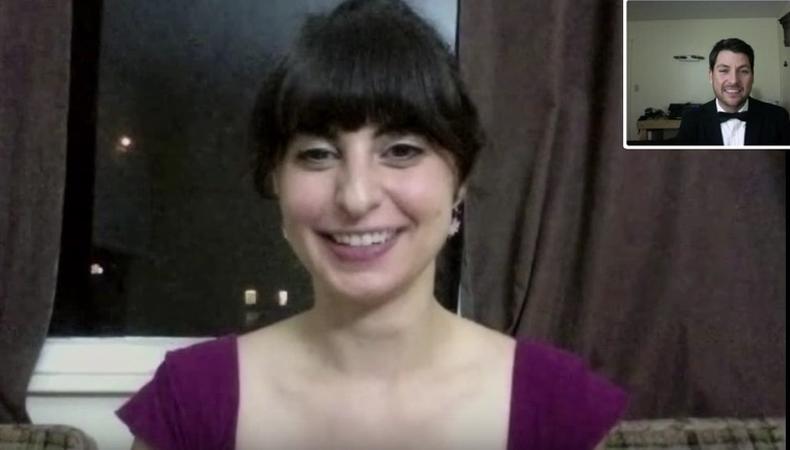 I moved to L.A. to write, act, and direct straight out of high school. I had a clumsy start, which is to say, I floundered for a decade without any traction. It’s not even that I was waiting for a handout—I actually did write, direct, produce, and star in a feature. My big mistake was thinking that was enough.

Over ten years, I acted in some music videos, a few indies, and cut and recut my own film. My movie was standard indie fare—micro budget and primarily restricted to one location—but it took my blood, sweat, and tears, and I was determined for it to be my calling card.

I submitted rough cuts to the major festivals too early, we had no name actors in it, and, ultimately, it went nowhere. Even when I ran out of money, I spent years trying to better the cut, thinking it would amount to something. It was during that process working with professional editors that I learned to edit. And though I’d gained a new skill, all that work with no payoff was exhausting. I was so burnt out that I decided I would only focus on acting and stop pursuing my other creative avenues.

After several years of self-submitting to auditions and not working on any of my own new projects, a fellow student approached me in acting class about a monologue I performed and had written myself. Danielle had written a movie, and asked if I would read it and give her feedback. We met up and, via a conversation about our mutual and mounting frustrations with the industry, ended up writing the first episode of a web series instead. Over the next year we wrote eleven more, shot a teaser, and pitched a few places, but it also seemed to go nowhere.

I left the country to volunteer for a few months, got sick overseas, and ended up coming back early. Feeling guilty about it, I found a renewed commitment to making something.

Before I’d even left the U.S., I had an idea for a show centered around therapy sessions. So low budget! So character driven! Then I discovered “In Treatment.” Maybe it could be comedic and take place over Skype instead? There was already “Web Therapy.” Maybe I could make it about two people who met over Skype, and ended up in a long-distance relationship? Friends compared it to a short film that had gone to Sundance, “Noah,” but I decided not to let that deter me.

I had soft pitched it to my friend Chris, who was game for anything. From overseas and when I returned, I'd send manic 3 a.m. emails saying things like, “What if we released them in real time?” and “What if we did one every day?” He always responded with some version of “Sounds good.”

So when I got back, even though I was semi-homeless (I gave up my place when I left and was crashing at my friend Kyle’s house), I shot the first episode with Chris and Kyle. We used no outside mics or cameras, just our laptops and the $60 software we needed to record on both. Later, Sammi became involved, and the four of us would discuss potential storylines for the series, using index cards on a coffee table.

Kyle built the website, and I crafted “texts” and “emails” between the characters to litter between the episodes. Chris and Kyle paid for booze, sushi, and pizza, which ended up in the episodes. Thankfully, I had gained an important skill on my movie years earlier and was able to edit all 32 episodes myself.

Naming it “7p/10e” was Chris’s bright idea, and Kyle paid for some Facebook ads. He also emailed Stephanie Carrie at “LA Weekly”, and she wrote a blurb about the series. It then ended up on the magazine’s Best Web Series of 2014 (at number two, behind “High Maintenance”).

It didn’t go viral, but the right people saw it. This project, which cost less than anything I’d ever made (even less than an acting class!), opened the doors for me to be a full-time creative. And my feature, which was only the beginning, had paved the way.

Danielle and I sold the web series and acted in, wrote, and produced it for Maker Studios. Today, I’m writing a pilot for Super Deluxe. And the Skype series is going to pilot for the second time at CBS.

I wanted to tell stories, but telling stories is hard, in all mediums. When I felt it became too hard, I limited my focus to just acting. I didn’t realize I was also limiting my opportunities. It hurts to think about all the time I wasted, either passively hoping for someone to do something for me or clinging to just one project. The trick was not just to be proactive, but to recognize that I have more than one story to tell and not get too precious about anything. You can care and fight and still move forward on something else when one thing is stuck.

If you're an actor, you also want to tell stories. If you feel stuck or like you’re waiting for someone else, I encourage you to explore all the ways you can tell stories on your own—there's a way. Find one that doesn't depend on someone else saying yes. It worked for me

Avital Ash is a writer, actor, producer, director, and standup who has been creating female-driven content for over a decade. She wrote, directed, and starred in the acclaimed web series, “7p/10e,” which is currently going to pilot at CBS with the creators of “How I Met Your Mother” EPing. She wrote, produced, and starred in the to-be-released series “Pretty Vacant” for Maker Studios, and is currently writing a TV pilot for Super Deluxe with Principato-Young producing. She has amassed over 18 million views for digital content she has created and/or starred in, and can be found doing stand-up around LA. Avital grew up an Orthodox Jew in Miami (though she only speaks Hebrew at about a sixth-grade level) and lives with her dog, Lucas Jackson, in Silver Lake. Twitter/Insta: @avitalash

Ready to make things happen for yourself? Check out our short film audition listings!