Notes From the Field: Follow Your Dreams and Screw Stereotypes 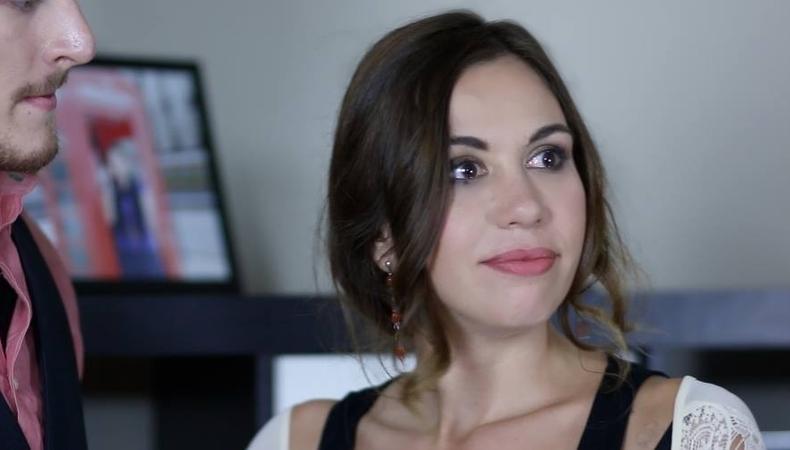 “The future belongs to those who believe in the beauty of their dreams.” —Eleanor Roosevelt

This quote has been hanging in my room since I was 12 and saw it in a book. Since then, I’ve believed in this dream and it’s one that has taken me on the most unexpected journey.

You see, I used to think acting wasn’t a realistic job. So instead, I decided to pursue a fine arts degree in painting and sculpting. Two years in, an insistent friend pushed me to audition for a theater casting call he saw, and it was love at first sight.

I studied Shakespeare, Chekhov, Cervantes, Vallejo. I performed in theaters around Madrid, Spain. I starred in a beautiful series called “Libres.” I was granted a full scholarship to an acting school in Los Angeles an was in California 15 days later, with a vision of the Oscar glowing in my hand.

That is until I opened my mouth on the first day of class and heard someone say, “Your accent is so cute!” Confused, I turned around, assuming the woman was talking to someone behind me, but there was no one there. “I don’t have an accent,” I said. “I went to a British School.”

“You’re so funny,” she replied.

And with that, I realized other people in the industry were not seeing me the way I saw myself. Rather than come off as a serious actor capable of playing any role, I was now a “latina” and my opportunities were quickly reduced to playing the “sexy/slutty/stupid” “maid/stripper/mistress/hooker.”

For a very long time, this upset me. I wanted to fight it but no one would listen and I quickly became frustrated by my own passion. I complained about it constantly. I refused to go to auditions I didn’t like. My focus was always on the problem, not finding a solution.

I tried to leave several times, just pack my things and run. But something always dragged me back to L.A. I knew there was something for me do here.

I started to realize that people laughed at the way I expressed myself when I got angry and when I didn’t understand certain American behaviors. One day, a guy who witnessed my reaction asked if I’d ever considered stand-up comedy.

So I went home, Googled it, found a club that gave you a free cookie if it was your first time performing stand-up, and was there two days later. It was liberating and empowering, and suddenly, any problem I had became a great source of material. I walked around with my little notebook, writing things down and laughing to myself. Breakups, angry yoga teachers, weird auditions, racist comments—it was so much fun and I started booking.

I still wasn’t happy with the roles I was being offered so I decided to start writing for myself. Being creative and constantly acting, writing, and editing kept my skills sharp and ready to work. And lo and behold, I was too busy creating to complain.

Eventually, I got to a point where I was working full-time in a survival job, doing stand-up at night, filming sketches on my free days, and taking Muay Thai classes whenever I could. I was short on time and not really focused on what I had come to L.A. do to—act—so I quit my job. It was the best decision I ever made.

I’ve been living off of acting gigs for the past year, something that’s still unbelievable. But it’s also taught me that when you focus your attention on the thing that needs it, the thing you came here to do, it’s worth it. You may be uncomfortable, but you won’t starve. You may have some uncertainty, but you will be in charge of your career instead of waiting for someone else to say ok or to accept you for who you are.

I still think about that Eleanor Roosevelt quote, but these days, my motto is closer to, “Follow your dreams and screw stereotypes.” I hope someone hangs that in their bedroom.

Andrea Vicunia is an actor, writer, producer, and comedian living in Los Angeles. She has performed at The Comedy Store, won Best Movie created on a Mobile Device at AT&T’s Create-a-thon, and had her script selected to be filmed by Women in Comedy.