Notes from the Field: Women Are Voiceover’s Last Taboo 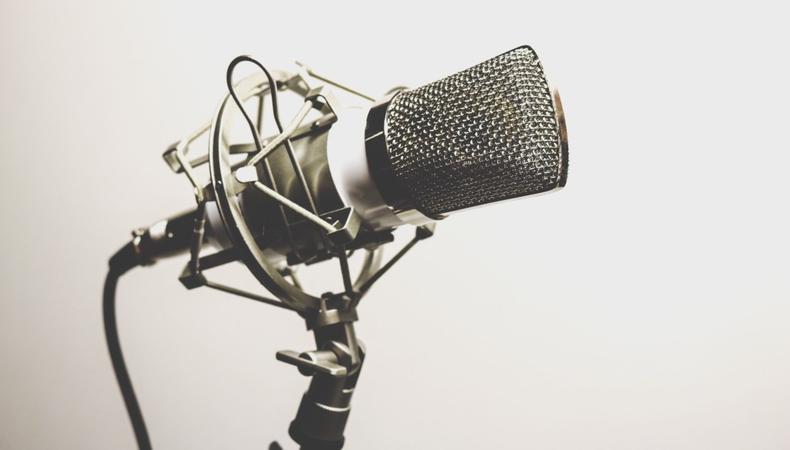 Photo Source: @greendub via Twenty20 Copy this URL to your clipboard 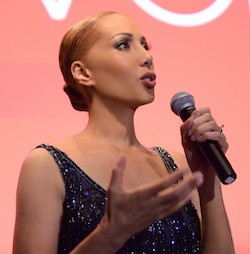 As a woman in voice acting, I’ve been blessed to participate in some extraordinary career opportunities. When I look back on my career, however, I can’t help but recognize that it wasn’t the high profile bookings for global brands that fulfilled me, nor was it the occasional big payday. Save for a few extraordinary humanitarian projects that stole my heart, the actual hundreds of jobs are mostly a blur, a collage of product names.

What does stands out are personalities and faces of the extraordinary people I’ve worked with along the way. The collaboration with some of the best directors, producers, writers, and voiceover actors in the business, is what wins the day. Yet, as a woman in voice acting, I am keenly aware of the industry’s limitations when it comes to our equal advancement.

I’ve always had the basic requirements for a successful career: interpretive skills, a resonant vocal instrument, performance range, acting technique, dedicated work ethic, and a pleasant way with people. But I’m rarely appreciated as having the “Voice of God,” a term that refers to a deep, authoritative, bigger-than-life, rumbling (almost always male) voice advertisers believe to be the key factor in capturing the attention, confidence, and respect of the average consumer. Once upon a time, to reach the highest level of success in this industry, you had to be a man with the “Voice of God.”

It goes without saying that our society has a patriarchal idea of “God” that long precedes audio recording. Never mind the fact that many of us can vividly recall the power of our own mothers’ voices to make us sit up straight and take note. Never mind that many families rely on the mother as the primary source of discipline and nurturing. Still, however defective the premise, the “voice of God” as a man is a deeply intrinsic aspect of our culture. As a result, the choice to use women in voiceover is influenced by this defective social conditioning.

Based on this conditioning, the most lucrative VO contracts continue to go to men. Even when women are the final decision makers, they opt for the characteristics of the male voice that align with the intrinsic premise that God is a male entity.

While Michelle Obama, Meryl Streep, Mother Teresa, Hillary Clinton, Oprah Winfrey, Elizabeth Warren and thousands of heroines have paved the way to gender enlightenment, professionals in the advertising world choose not to see it. A prominent TV executive once told me that his network president (a woman) looked him straight in the face and said, with great managerial brio, “I think our network voice should be male. I’m very sexist when it comes to that.”

In spite of industry insiders who are unwittingly forwarding the archaic assumption of the “voice of God” as male, the reality is a different matter. Unenlightened executives point to focus groups showing a preference for male voices over female voices but what these executives fail to recognize is that they’re making a false comparison: it doesn’t compensate for the social indoctrination that preceded it. A more honest assessment would be to ask random people to recall a time when they rejected a product because it was pitched by a woman. The answer will undoubtedly be “never.”

All of us in the industry have the opportunity to discard our biases against female voices, challenge the old voice of God assumptions, and look upon all voice actors with open minds. It’s not a matter of forcing an even split between men and women; that would be as arbitrary as forcing painters to uses equal amounts of all colors in their paintings. All I’m asking is that we do what we can to eliminate the thorn of bias and let the chips fall where they may.

As I said earlier, things are slowly changing. Advertisers are getting smarter about what people want, how they want it, and who they want to hear it from. It’s a slow evolution, but it can be seen emerging as women land roles of mastery, leadership, power, and responsibility.

Of course, the voice of God is not gender-specific. In my opinion, the concept is light years beyond the anatomy that produces the tambour of male and female voices. If we want to use “voice of God” as a term, it has to be metaphoric: a voice that moves mountains with the authority of heart, mind, and spirit. It’s the stuff of life, energy, and inspiration. Babies have it when they cry out, long before they can form words. When a baby cries out, you are absolutely compelled to give it your undivided attention. It wakes something up inside you that can’t be appeased, except through your attendance to its call.

This is the genderless power of the human voice. It’s bigger than voice acting, but as far as voice acting goes, producers and actors need to catch up to this reality and act accordingly.

Joan Baker is a voice actor, voiceover coach, and the author of “Secrets of Voice-Over Success.” She provides private voiceover coaching for newcomers and pros in her New York office and via Skype. Joan is also the co-creator of the Society of Voice Arts and Sciences (SOVAS™), a nonprofit that produces global programs and events to forward education, job creation, and award acknowledgment for the voiceover industry. That’s Voiceover!™ Career Expo and the Voice Arts® Awards are the organization’s premier events. Learn more at www.ThatsVoiceover.com and www.VoiceArts.org. Follow Joan on Twitter, Instagram, and Facebook.

Joan Baker
Joan Baker is the co-founders of That’s Voiceover!, an annual career expo, and the creators of the newly formed Society of Voice Arts and Sciences and the Voice Arts Awards.
END_OF_DOCUMENT_TOKEN_TO_BE_REPLACED