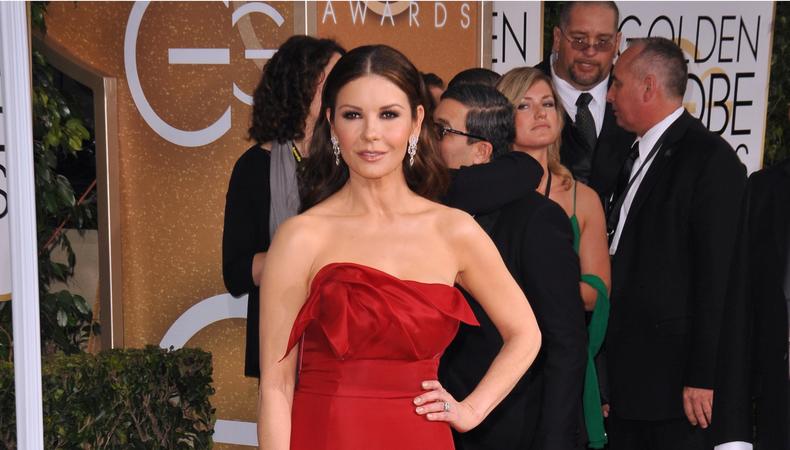 In today’s roundup, join the upcoming Facebook series “Queen America,” starring Catherine Zeta-Jones, which is currently seeking a guitarist to play in the production. Plus, blow smoke on the upcoming TV pilot “Awkwafina,” play Dr. Jekyll (and Mr. Hyde) in Connecticut, or audition in Los Angeles to be a member of the Blue Man Group.

“QUEEN AMERICA”
Casting continues for the upcoming Facebook series “Queen America,” starring Catherine Zeta-Jones as a renowned (and ruthless) pageant coach and the hapless contender she hopes she can mold into a worthwhile participant. A young-looking intermediate or advanced guitarist, aged 18–29, is wanted to play a song in the production. Talent must have their own guitar. Shooting will take place on Aug. 3 and 6 in Atlanta, Georgia. Some pay will be provided. Apply here!

“AWKWAFINA” PILOT
Join the cast of “Awkwafina,” a TV pilot. Talent, aged 18–50, is wanted to portray vape store customers. The actors must have experience performing vape or smoke tricks, such as smoke rings, tornadoes, and more. The shoot will take place tentatively on July 20 in New York City. Pay is $175 for eight hours of work. Apply here!

“JEKYLL & HYDE”
The upcoming Music Theatre of Connecticut production of Frank Wildhorn’s “Jekyll & Hyde” is now casting principal talent. A male actor, aged 30–39, is sought to play the lead role of Jekyll/Hyde. There are also several roles available for talent, aged 18 and older, including Emma, Jekyll’s fiancee. There will be Equity Principal Auditions on Aug. 9 in New York City, and on Aug. 13 in Norwalk, Connecticut. Rehearsals run from Sept. 15–27 and the show runs from Sept. 28–Oct. 14 in Norwalk, Connecticut. Pay is $425 per week. Apply here!

BLUE MAN GROUP, L.A. AUDITIONS
Join the Blue Man Group, the popular live performance show that is theater, ritual, comedy, rock music, and dance party all rolled into one. Talent, aged 18–40, with athletic builds and strong backgrounds in physical theater and improvisation are wanted. Drumming skills and musicianship are an advantage, but a good sense of rhythm is necessary. There will be auditions by appointment on Aug. 14–15 in L.A. Training will take place in NYC for productions in Orlando, Florida, Las Vegas, Nevada, Boston, Massachusetts, and Chicago, Illinois. Pay begins at $1,000 per week. Apply here!