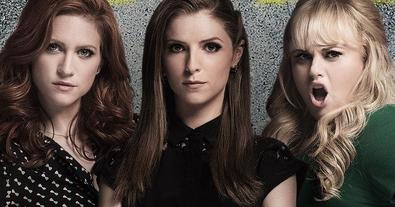 Today’s casting roundup includes a chance to work on the forthcoming “Pitch Perfect 3,” no ability to harmonize is required! We also have three more fantastic opportunities including principal roles on an AMC series and a nonunion touring production. Is there a job for you below?

“PITCH PERFECT 3”
“Pitch Perfect 3,” the third installment in the mega-successful a capella franchise, is casting for stand-in roles. Seeking female talent, all ages 18–40, to stand in for three respective characters, the production will begin shooting Jan. 30 in Atlanta, Georgia. A pay rate is set at $64/eight hours.

“TURN: WASHINGTON’S SPIES”
Union talent is sought for eight principal roles in the fourth season of the AMC drama “Turn: Washington’s Spies.” The series, which stars Jamie Bell, is shooting Jan. 24–Feb. 2 in Richmond, Virginia. Professional pay under a SAG-AFTRA contract will be provided.

“CINDERELLA”
A nonunion production of the Richard Rodgers and Oscar Hammerstein II classic “Cinderella” is casting for an upcoming tour, which will begin in September. The piece, featuring a new book which “reinvents the classic tale,” will hold auditions by appointment in New York City Jan. 30 and 31. Talent will be compensated $550–$650 weekly depending on the role, with housing and transportation provided.

“HOW TO SURVIVE IN NEW YORK”
Male and female talent ages 18–35 are needed for leading roles in “How to Survive in New York,” a new series about, well, surviving in New York. The docu-show, featuring one-person interviews, is slated to shoot at a to-be-determined date in January in New York City’s Chelsea neighborhood. Participants will be compensated $150/two hours of production.

See all of our listings in Backstage's casting calls!

And head over to the Backstage YouTube channel for some unmatched industry guidance!

Casey Mink
Casey Mink is the senior staff writer at Backstage. When she's not writing about television, film, or theater, she is definitely somewhere watching it.
END_OF_DOCUMENT_TOKEN_TO_BE_REPLACED