Now Streaming: Adam Goldman’s ‘Whatever This Is.’ 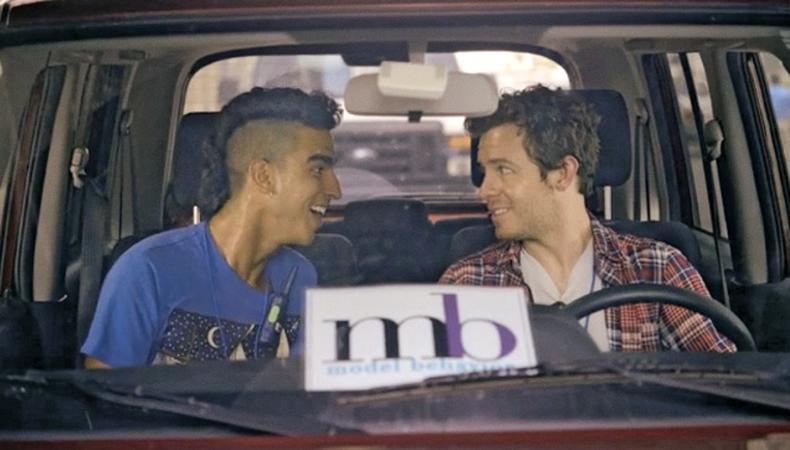 One of the best surprises to come from the rise of the Web series was Adam Goldman’s “The Outs,” about a gay man, his best friend, and their messy lives. Funny and moving, the series didn’t shy away from the less pleasant aspects of life in New York City, from awkward encounters with exes to the sudden realization that one has outgrown friendships. But though “The Outs” eventually received national attention, Goldman points out that it was a slow build.

“People really didn’t care with an intensity that was kind of off-putting for two or three episodes, and then people caught on to the storytelling,” he says with a laugh. The first installment of “The Outs” is both shorter and funnier than what follows, which was something of a calculated move. “We wanted to grab people’s attention,” Goldman says, before going on to recall how many were critical of the first episode’s 12-minute running time, claiming that no one would ever watch an online video for that long. “Around the same time, ‘House of Cards’ came out, and people had this realization that it’s about the storytelling,” Goldman says. “And now people are making half-hour Web dramas.”

“House of Cards” famously released all of its episodes at the same time, but Goldman cautions against following that example as a Web series without the star power and publicity push of the Netflix series. “When you release periodically, you get a little bump every time,” he says. “If you do it all at once, I’ve seen stuff just sink into the pond unless you hit it big and it goes like wildfire.” Goldman advises emailing every blog in the world about your show. “If they do care,” he says, “then suddenly you have a whole audience of people you wouldn’t have had access to before.”

Despite clamor for additional episodes of “The Outs”—which consisted of six episodes and a Hanukkah special—Goldman and most of the creative team instead produced “Whatever this is.,” a series about two production assistants struggling to earn enough to stay housed and fed while the time to follow their own dreams slip away. Where “The Outs” was smaller and mostly set in apartments, “Whatever this is.” takes its characters on location far
more frequently.

“We all had a language to work together, but we set ourselves up for a lot of challenges,” Goldman says. “It was really hard, but it was building on the skills we had all developed. With [‘Whatever this is.’], the locations were so specific; it surprised me that that was always the last thing to fall into place.”

Even with those complications, however, Goldman relishes the creative freedom he enjoys working on a streaming series. “It’s such an exciting, cool frontier, and I know I’ll never have this opportunity again, where I just write something and we shoot it,” he says. “Sometimes maybe to the detriment of the show! [But] that creative freedom for writing it and directing it is so huge; you don’t get it someplace else. I would love to keep doing it. It’s just hard to make a living. But it’s hard to make a living doing what you love in New York from any angle.”