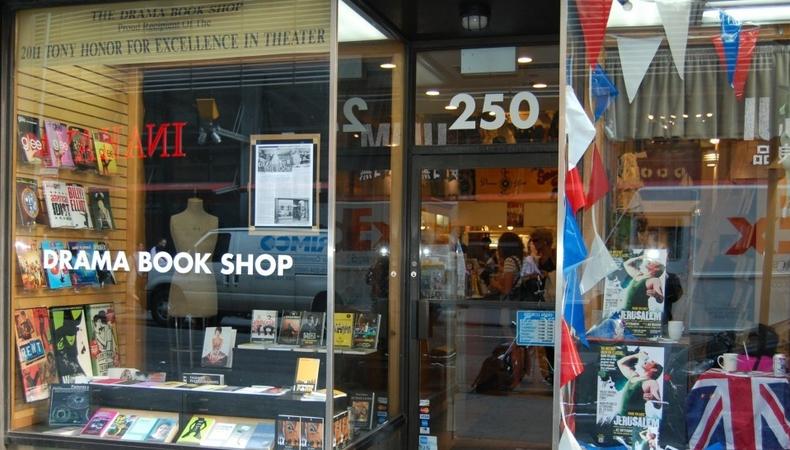 The fate of a humble yet iconic theater institution, the Drama Book Shop in New York City, seems uncertain. The independent Manhattan bookstore stocked with scripts has been a staple of theater life in the city, and its future has many actors nationwide concerned and, indeed, alarmed about the changing face of NYC. The reason behind the business’ planned January closing is a substantial rent hike, according to an article in Crain’s New York Business. The shop’s owner intends to find a new, smaller location for the store.

Per Crain’s article, the store’s monthly rent climbed to $20,000—an impossible price for a script shop with some inventory that prices out at $10. The scenario represents an all-too-common story in Manhattan: as the city’s landlords continue to raise the rent, small businesses are being pinched out.

In a report last spring, the Real Estate Board of New York predicted that in 2018 the city would see more national retailers consolidating, and utilizing “artificial intelligence, robotics, and data mining to provide a personalized shopping experience that provides brand empathy and is also social media friendly.” In the age of Amazon and Instagram, the report’s findings paint the picture of what the little bookstore in faces in a changing Manhattan more focused on shareable moments than ever before.

Once news of the shop’s closing broke, figures from all over the country rallied on social media and shared their lament. Lin-Manuel Miranda, who used the shop as a writing spot for his breakout Tony-winning musical “In The Heights” swung by the shop and signed “everything with my name on it” to help incentivize foot traffic.

The shop has a storied history with many NYC actors, especially students who trained in the city. A.J. Allegra was a BFA student at NYU’s Stella Adler Studio of Acting in the early 2000’s and describes the store’s charm. “It was the place where we’d run to buy the $7 acting edition of the play we were just assigned in scene study,” he told Backstage. “It was the spot we’d search in for hours trying to find a new audition piece. [The shop] provided the opportunity the simply browse and discover.... What do we have left? Amazon Prime? How depressing.”

The store also hosted events, from readings to autographings, and even provided space for rehearsals. For many actors, it’s known as a meeting post. The bookstore’s couches have also now become sentimentally iconic—inviting actors to sit, read, chat, and get advice and recommendations from the shop’s 20-person staff of part-timers.

The shop has had several locations throughout its 100-plus year history; it came to occupy its current site on 40th Street in 2001. For now, the plan is for the store to shutter its current location at the start of the new year. Owner Allen Hubby, who’s worked at the shop since the ’70’s, hopes to reopen the store in a smaller location somewhere in the city’s Theater District.

For now, many actors and tourists alike are rushing to the Drama Shop to give a standing ovation for a small business at risk in a big and changing city. Store hours are 10 a.m. to 7 p.m. Monday–Wednesday and Friday–Saturday; 10 a.m. to 8 p.m. Thursday; and noon to 6 p.m. Sunday.