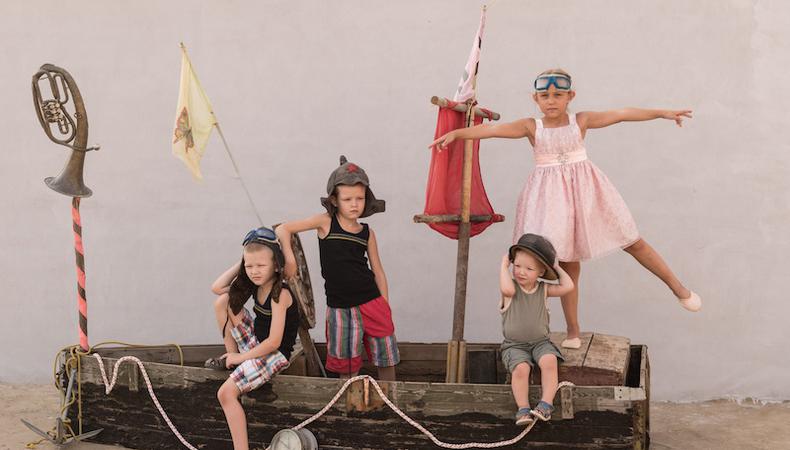 New York City is home to several programs and educational facilities to teach aspiring child and teen actors the art of the craft. Countless Oscar, Emmy, and Tony Award–winning stars started their careers performing with at least one of these groups. These are just 12 of several programs in NYC that can set children and teenagers on a path toward success.

Atlantic Acting School
The Atlantic Acting School hosts after school programs for children and teenagers where they can learn storytelling, writing, acting, and improvisation through games, singalongs, and costume play. Spots are still available for spring classes for children 4–18. The school also has summer camps for children and teens to learn the craft. The four-week teen summer ensemble ise for students aged 15–18 and will give students the opportunity to develop professional acting techniques from professional trainers.

Child’s Play NY
Children as young as 18 months old can participate in one of many classes at the Brooklyn-based Child’s Play NY. Younger children concentrate on more imaginative play through live music, physical games, and puppetry. Child’s Play NY also use song and dance for kids ages 4–6 in the mini-musical program. Older children begin performing Shakespeare and studying Greek texts to help immerse themselves with story, character, and language as part of the classic ensemble. All classic ensemble teachers are trained professional actors with experience performing Shakespeare on Broadway and regional productions across the country. Classes are available for children 3–14.

CurtainUp Kids
At CurtainUp Kids, actors ages 5–12 build skills and confidence to perform in any professional setting with training in dance, voice, and drama. The theater has just begun its 16-week spring session. There’s also a 16-week fall session which begins in September 2020. Private singing and acting lessons are provided all year round.

Professional Children’s School
The Professional Children’s School provides an academic education for working or aspiring performers that help prepare them for college or their professional careers. The application process to enroll in the school includes recommendations, an interview, and class visit, among other standard materials. PCS has enrolled nearly 200 students from grades 6–12 across over a dozen states and countries.

Rita Litton Studio
Director Rita Litton created ACTeen in 1978 with a curriculum built around on-camera acting. She now teaches a similar program in New York that educates and prepares students to perform in any medium from film to theater. Rita Litton offers courses for on-camera film acting, foundations of acting, commercial auditioning techniques, and monologues which can also be taught through Skype. Litton also offers private acting coaching.

Tada! Youth Center
Co-Founders Janine Nina Trevens and Linda Reiff formed TADA! in 1984 with a budget that fell under $2,000. Today, their budget is over $1.8 million and has helped TADA! become one of the leading youth programs in the city. The organization has reached over 840,000 participants through programs that include musical theater productions, arts education, and youth development. One such program is its Broadway Bound program, where students aged 9–12 will have fun learning musical theatre training, advanced improv and more!

Young Actors at Strasberg
The Lee Strasberg Theatre & Film Institute provides diverse training to children and teens. They develop skills in acting technique, teamwork, and leadership as it relates to stage, film, and television. Separate year-long and summer classes include a week-long kids camp (grades 2–5), a two-week teen workshop (grades 6–8), and a six-week young adult intensive (grades 9–12). The Young Actors at Strasberg Kids Program consists of acting, movement, voice, dance, theory, and on-camera classes. This acts as an introduction to the fundamentals of acting for those just beginning, as well as for others with more experience. The Teens Program is more intensive working on monologues and scenes using Lee Strasberg’s Method Acting technique.

Inspired by this post? Check out our audition listings, which you can sort by age!