How to Attend the Backstage x NYFA Filmmakers Panel 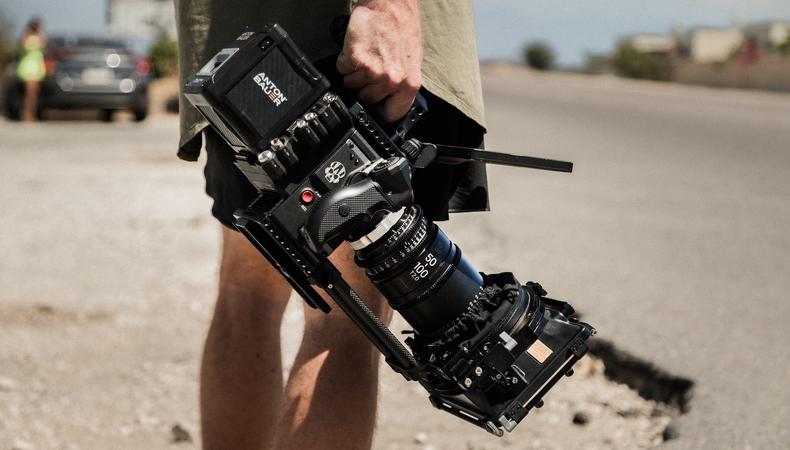 Backstage is partnering with the New York Film Academy and the 20/20 series to bring readers an in-depth discussion around how to realize a creative vision using casting, craft, and strong artistic choices in the film space.

Register in advance for this webinar here. After registering, you will receive a confirmation email containing information about joining the webinar.

About The 20/20 Series
The 20/20 Series, which is curated and moderated by Liz Hinlein (NYFA Creative Director of Filmmaking & Cinematography) and produced by NYFA, is a pop-up event that takes us into the homes, hubs and workspaces of an array of dynamic creative visionaries to allow for relaxed, engaging conversations on craft, creation and artistic vision.

Victor Vazquez, CSA (he/him/his) is the founder of X Casting NYC.
Current new-play and new-musical projects include the Royal Court Theatre in London’s West End, the Ronald O. Perelman Performing Arts Center at the World Trade Center, Dramatists Guild, WP Theatre, TheatreWorks Silicon Valley, the Alliance Theater, the Kennedy Center, A.R.T. Harvard, Woolly Mammoth Theatre Company, Long Wharf Theatre, and the Play Company. Victor holds a master’s degree (with distinction) from the University of Oxford. He is the proud son of Mexican immigrants. Spanish is his first language. Victor is a member of the Casting Society of America, and a 2020 Theater Communications Group (TCG) Rising Leader of Color. www.xcastingnyc.com

Christine McKenna-Tirella is the NY Casting Specialist at Backstage. Before joining the magazine and online platform, she worked extensively in a variety of mediums including Commercials, TV, Film, Theatre at the high profile offices of Stewart/Whitley Casting, Harriet Bass Casting, Telsey+Co, and Paladino Casting. She is a proud Alum of AADA campus of New York, and holds an LLB in Law from Queen’s University Belfast. She is passionate about all things theater, TV, film, fitness, pop culture, and casting tech!

Amy Van Horne is the Creative Director of the Acting for Film Department for NYFA, New York campus. She is an actor, teacher, and professional on-camera audition coach. Amy has been a professional film and television actress for over 20 years, working in both LA and New York. Selected film/TV credits include: Cost of Living, The City, The Big Easy, Hitz, Two Guys a Girl and a Pizza Place, Family Rules, The Beach Boys: An American Family, Judging Amy, and Cold Case. She has also appeared in dozens of national network commercials. Having firsthand knowledge of the many technical challenges actors face working in front of the camera on professional film/TV sets, Amy developed and led on-camera acting technique and scene study classes that she taught for over 10 years in LA. Teaching actors to find freedom on camera became Amy’s passion. She holds an MFA from Rutgers University-Mason Gross School of the Arts where she studied under the tutelage of Master Teachers William Esper and Maggie Flanigan.