Why You Should Occasionally Play Hard to Get 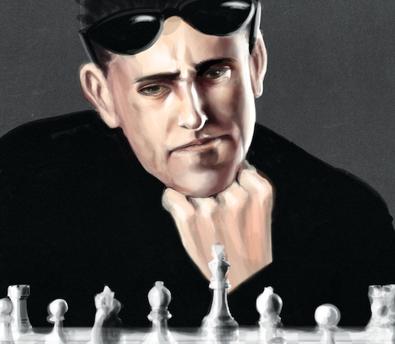 I’ve never been a patient person.

When I was a little kid, I always beat my brothers and sister down to the living room on Christmas morning. The idea of waiting for them to wake up before I opened my gifts never entered my mind. That same lack of patience plagued me in high school; I wanted every first date to end with a romantic wrestle in the back seat of my Dodge. And when I was an assistant, I dreamed about making Hollywood my bitch in six months or less.

A lifetime later, I finally understand that patience truly is a virtue. That’s a lesson every one of you should learn, because part of being an actor is enduring long periods of inactivity. There will be days when you do absolutely nothing related to your career. Weeks will go by without an audition. And months will pass without a sign you’re on the right track.

The worst part is that when something finally does happen, you’ll feel your adrenaline kick in and you’ll start behaving like a roadrunner on coke. This kind of need to take action is especially true when you meet someone in the industry, someone who can help advance your career. In other words, someone like me.

Last year, I was attending an opening-night party for a play my client was doing in Hollywood. The two of us were backstage, drinking cheap wine and eating cheaper cheese, when one of the other cast members walked over. I could see the adrenaline shoot through his body the moment my client introduced me as his agent.

The three of us spoke for about three minutes and 28 seconds before the actor hit me up for representation. He didn’t even know where I worked. All that mattered was I was an agent and he needed one.

It was an uncomfortable moment. I told the guy to send me his material by email. That got him to shut up and walk away. In his wake, he left me with an apologetic client and a bad taste in my mouth.

This kind of thing happens to me all the time. I get approached for representation several times a week. Actors corner me at parties, in restaurants, everywhere. It gets to be overwhelming and a real downer.

The smarter move for that actor at the play would’ve been to think long term. Instead of humping my leg on the first date, he could’ve engaged me in conversation, creating a relationship between us. After that, it would’ve been perfectly fine to send me an email the following week, referencing that encounter, and asking about representation.

When you’re a struggling actor, creating friendships with industry professionals is a must—but you have to be delicate about how you go about doing it. And I understand it’s hard not to move fast when you’re stuck in long periods of inactivity, but you still have to exercise control when you meet agents and casting directors. You can’t rush things. It makes more sense to plant a seed that might grow into an important asset you can use down the road.

And here’s another way to think long-term: Don’t always hit up agents for representation and casting directors for auditions. Instead, understand those connections could serve you better as a source of information. And one day, they might even give you the golden ticket of the entertainment industry: a referral.

Remember, the most successful actors are the ones who know the most people.