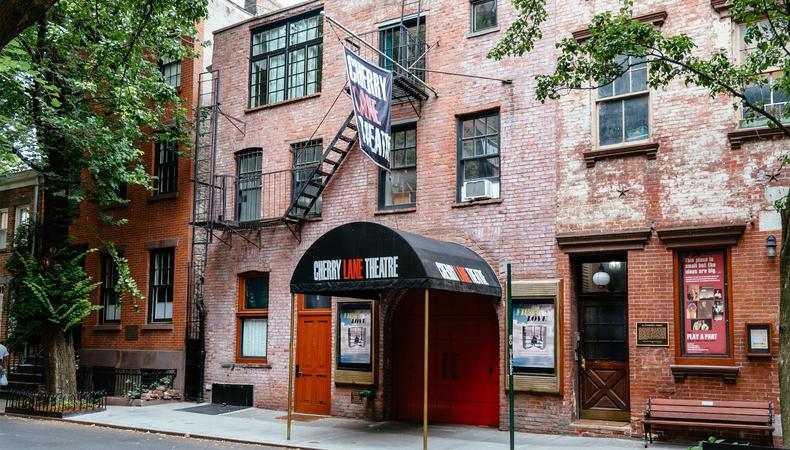 The Manhattan theater ecosystem is much larger than the flashy commercial productions of Broadway, the city of New York is affirming in a new study. In a report released by the Mayor’s Office of Media and Entertainment, the municipality has quantified the economic contributions that Off- and Off-Off-Broadway theaters make to the nation’s largest city.

“[The study] provides an in-depth look at a little-understood but important component of New York City’s cultural scene,” said commissioner of the office Anne del Castillo, who was appointed to the position last spring. “This study is part of our ongoing efforts to amplify the diversity of NYC theater as well as the media and entertainment industry, and shine a light on the cultural and economic contributions of small theaters to NYC’s creative economy.”

The report asserts that the 748 small theaters and ensembles of NYC—96 percent of which are nonprofits—contribute $1.3 billion in economic output and pay roughly $512 million to more than 8,400 full-time workers annually.

Although 100 companies have folded in the past eight years, closures have been canceled out by new theater startups. With 280 new companies on the scene since 2011, the study finds that the sector has outpaced the city’s baseline economic growth by 20 percent and job and wage growth by 100 percent. According to the report, the city contributes roughly $46 million in government funding to the sector to keep it afloat.

Artistic leaders from around the theater hub have praised the new report as “groundbreaking, because the economic and cultural impact of the small theater sector has not been widely understood nor adequately resourced until now,” said John Clinton Eisner, artistic director of the Lark theater, an incubator for writers and new plays in Midtown.

Anne Hamburger, the founder and artistic director of En Garde Arts, a 34-year-old immersive theater company, agrees that small theaters are underfunded. “Showing the economic impact of this artistically robust industry will hopefully help attract sorely needed support,” said Hamburger. “The city deserves to be commended for their efforts.” Actors’ Equity, the nation’s union for stage actors and stage managers, also praised the report and its findings.

The extensive study, “All New York’s a Stage,” will likely be cited by theater leaders and bureaucrats alike in grant funding applications for the upcoming years, making the case that the big city needs small theaters. “Manhattan continues to prove to be a hub of artistic and cultural life,” said Gale A. Brewer, borough president of Manhattan. “[I] am happy to see this good news about the growing employment, wage levels, and economic output numbers from the small theater sector.”

With NYC’s small theater sector seeing 5 percent annual job growth—1 percent higher than the citywide economy—perhaps the study testifies to the resilience and relevance of theater culture in the contemporary age of peak TV, digital access, and megahit Broadway franchises.