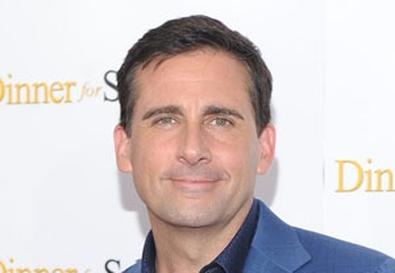 You're probably in for a long wait. Sources say the final decision likely won't be made until after the upcoming seventh season wraps.

But by season's end, you will know who is getting Michael Scott's job.

One question being mulled by "Office" writers is whether those two roles — the new star of the show and the new boss of Dunder Mifflin's Scranton branch — are going to be the same person.

Here's the current plan: The first half of the season will celebrate Carell's final year and highlight different actors on the show, potential heirs to the throne. It's not entirely unlike the way "Lost" would bring a different character to the forefront of each episode.

For instance, one episode this fall will highlight Andy (Ed Helms), who's starring in a Scranton community theater production of "Sweeney Todd." Another will have Darryl (Craig Robinson) going over Michael's head on a matter to corporate and will showcase the character's ambitious side. An episode will detail Jim (John Krasinski) and Pam (Jenna Fischer) getting their baby baptized. Still another will give Toby (Paul Lieberstein) some focus when Michael is forced to attend mandatory counseling with his HR nemesis.

The second half of the season will be devoted to Michael leaving and who his replacement will be. In the spring, NBC expects to launch some online tie-ins — polls and so forth — trying to increase fan speculation about who should replace Michael.
Celebrity guest stars will make appearances along the way, including the previously announced Timothy Olyphant and such "Office" familiars as Kathy Bates, Amy Ryan and Melora Hardin.

There will be more guest names added to the list; producers have been besieged by agents pitching their clients. One name that piqued their interest and made headlines was Harvey Keitel. But sources say Keitel is not seriously being considered to replace Scott.

"That got out of control," an "Office" insider said. "It was idea on the table. It could be a fun arc, but it's not going to be a long-term option."

Although original U.K. "Office" star Ricky Gervais has dismissed rumors that he could replace Carell — "Been there, done that, bought the T-shirt," he reportedly said — producers remain hopeful that the actor might agree to a guest role this season.

By season's end, one character will have Scott's job — but that person is not necessarily Carell's replacement as the show's star. Sources say writers are tempted to have the character who becomes the Scranton branch's new boss fail in some spectacular manner, leaving the seat open again for another successor during Season 8.

One radical notion being explored is the possibility of subtly shifting the show's point of view so that a current character is the star instead of the boss.

As for replacing Scott with a new manager, sources say the network and producers are on the same page.

"You're looking for someone who can start stories," a source said. "Someone whose judgment isn't necessarily one where when an issue comes up and a boss with a correct judgment would quickly settle it and then you have no episode. You're also looking for somebody who considers the rest of the office his family."

Production is six episodes into shooting the new season. Rather than dreading losing Carell, if anything there's been some optimism that his departure could give NBC's top-rated comedy new momentum. Insiders point to shows like "ER" that were able to reinvent themselves after losing a central character.

"There's a cool energy around set that we haven't seen since Season 2," one insider said, "like anything is possible."