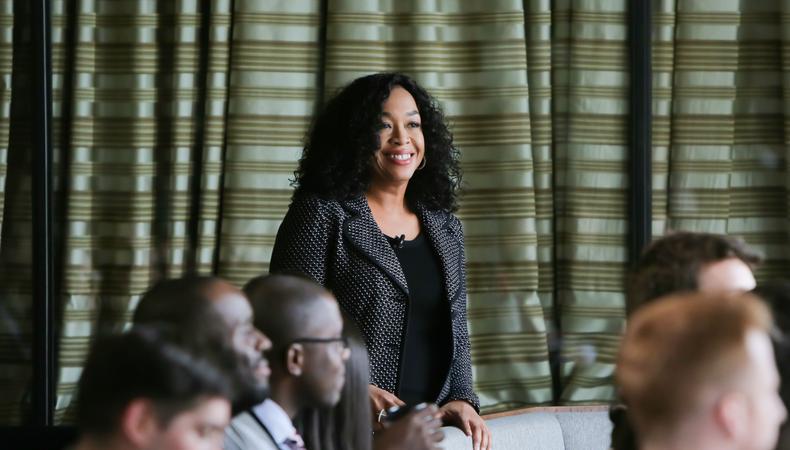 When trying to break into the business, it may often feel like the deck is stacked against you. But for every closed door you encounter, there is another window of opportunity—as long as you know where to look. That’s where we come in! In these monthly roundups, Backstage will compile the best opportunities in writing, directing, and every other creative corner, to help you get where you’re going.

Sydney Film Festival
A down under opportunity for filmmakers: Through Feb. 28, Sydney Film Festival is accepting Australian submissions in disciplines spanning features, documentaries, and short films (under 40 minutes). The festival will run June 5–16 in Sydney. Last year’s event screened more than 330 films to an audience of 170,000.
Deadline: Feb. 28

National Geographic Wild to Inspire Short Film Contest
National Geographic’s short film contest is back, this time with a prompt for filmmakers to create a short piece that “celebrates the everyday explorer.” Finalists will get to attend and have their project screened at the Sun Valley Film Festival, with one grand prize winner receiving $1,000.
Deadline: March 1

The Women Directing Mentorship in Partnership With Shondaland
SeriesFest has partnered with the one and only Shonda Rhimes and her company Shondaland to create The Women Directing Mentorship, a new initiative that supports female television directors. Through March 4, applicants can apply to the program, which will offer those selected the opportunity to shadow a director for an episode of a “Shondaland” production (right now, those range from “Grey’s Anatomy” to “How to Get Away With Murder,” and will certainly expand as the powerhouse is now contracted under an overall deal at Netflix). To apply, you must be female-identifying and submit a reel showcasing your directing work.
Deadline: March 4

Royal Birmingham Conservatoire of Acting — Short Film Script Submissions 2019
Following last year’s successful venture, Royal Birmingham Conservatoire of Acting is once again accepting script submissions for next year’s round of short student films, to be shot in the fall. Characters should be in their late teens–early/mid-20s (to accommodate the student actors), with each film about six–seven minutes long.
Deadline: March 31

New Media Film Festival
Here’s an awesome opportunity made sweeter just for Backstage readers! New Media Film Festival has extended their deadline to April 4 and is offering 20 percent off the submission fees with the code “Backstage.” All content can be submitted for consideration regardless of genre and whether it has been distributed. Accepted content will be considered for $45,000-worth of awards, as well as the opportunity to attend the festival with an all-access pass and access to the Indie Distributors Mixer in September.
Deadline: April 4

The Public Theater Artist Submissions
It may just be New York’s best-kept secret: The Public Theater accepts artist submissions at all times, both written pieces and actor submissions. For written work, you must submit a Synopsis Submission, which includes a dialogue excerpt, synopsis, and mission statement of the piece. For musicals, three sample songs must also be submitted. The New York institution is also committed to helping emerging talent and has an open casting policy: unsolicited headshots and résumés will be evaluated and considered.
Deadline: Open

Directors Lab West 2019
The Lab, an eight-day summer intensive for stage directors and choreographers, is accepting applications through Feb. 22. Held May 25–June 1 at the historic Pasadena Playhouse in California, the event is part workshop, conference, discussion, and more, providing a place for theater-makers to meet and collaborate. Applicants must be emerging or mid-career (no students) and committed to the creation of theater professionally. Best of all, if selected, the entire thing is free.
Deadline: Feb. 23

Red Bull Theater’s Short New Play Festival
Submissions are now open for Red Bull Theater’s ninth annual Short New Play Festival. Through March 18, you can submit a 10-minute play, expounding on this year’s theme: evil. The piece should make use of the following: heightened language or verse, a classical theme or style, a classical story, self-contained story with a beginning, middle and end, and is an original, unpublished, and never previously produced new work. Six of the works will be selected to be staged during the festival on July 15 at the Lucille Lortel Theatre.
Deadline: March 18

Princess Grace Theater Awards
The Princess Grace Foundation is providing scholarships for tuition assistance for the final year of professional training at a non-profit school anywhere in the United States. Additionally, the foundation is providing apprenticeships and fellowships to individual artists who have been nominated by professional, non-profit theater companies. To be eligible, the applicant must be a U.S. citizen, and the nominating theater company must employ a professional and administrative stage as well as be in continuous operation for at least three years. The application deadline is April 1, with the grant period beginning Sept. 1 and going through Aug. 31, 2020.
Deadline: April 1

92Y Mobile Dance Film Festival
Through May 31, 92Y is accepting submissions for the first and only dance film festival featuring works shot entirely on mobile phones. Filmmakers of all ages can submit their films (up to 90 minutes in length), which will be reviewed by a team of international jurors. Last year’s inaugural festival saw 24 applicant submissions selected for the festival, which will be held this year on July 27. Applicants will be notified by June 27.
Deadline: May 31

Casey Mink
Casey Mink is the senior staff writer at Backstage. When she's not writing about television, film, or theater, she is definitely somewhere watching it.
END_OF_DOCUMENT_TOKEN_TO_BE_REPLACED