Oscar Frontrunner ‘The Birth of a Nation’ Debuts Official Trailer 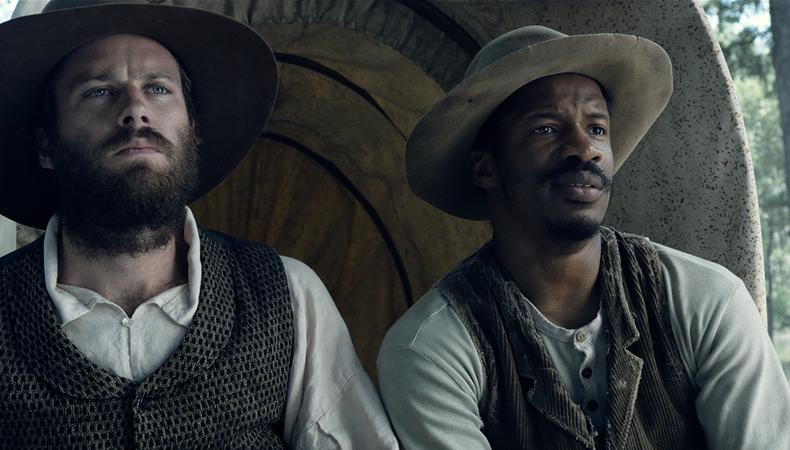 The frenzy of Hollywood’s awards season may be far off, but one thing is certain: Nate Parker’s “The Birth of a Nation” can already claim itself a frontrunner. Between the film’s multiple awards at the Sundance Film Festival and its record-breaking deal with Fox Searchlight totaling $17.5 million—not to mention its release following two years of the Academy Awards’ #OscarsSoWhite controversy—the buzz is undeniable.

Parker, who directed, co-wrote, and produced the film, plays Nat Turner, the African-American slave and preacher who led a historic rebellion against slavery in antebellum Virginia. Co-starring Aja Naomi King, Jackie Earle Haley, Penelope Ann Miller, Gabrielle Union, and Armie Hammer as slaveowner Samuel Turner, “The Birth of a Nation” offers a wealth of powerful screen performances, as evidenced by the new trailer below.

“I can write a book about Nat Turner...but if I make a film about it, especially in this climate, especially on the heels of ‘12 Years a Slave’ and ‘The Butler,’ when the conversation’s real, then maybe I can incite some kind of discourse amongst everyone,” Parker told Backstage in 2014. “The Birth of a Nation” is sure to continue that discourse come Oct. 7, when the film will be released nationwide.

Jack Smart
Jack Smart is the awards editor at Backstage, where he covers all things Emmy, SAG, Oscar, and Tony Awards. He also produces and hosts Backstage’s awards podcast “In the Envelope” and has interviewed some of the biggest stars of stage and screen.
END_OF_DOCUMENT_TOKEN_TO_BE_REPLACED