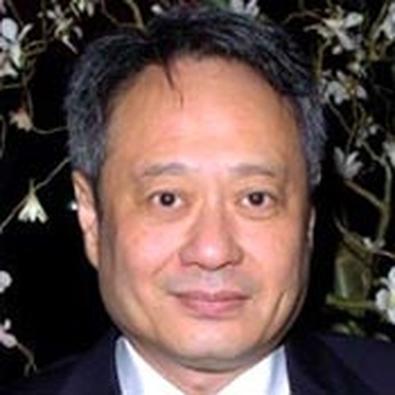 Some of the most well-regarded foreign-language films of 2007 will not be eligible for this year's Oscar.

The Ang Lee-directed "Lust, Caution," a tale of romance and betrayal set against the backdrop of Japan's occupation of Shanghai in the 1940s, was disqualified by the Academy of Motion Picture Arts and Sciences even though it had been submitted as Taiwan's official entry. The Academy ruled that Taiwan did not prove that "creative talent of that country exercised artistic control of the film," as required by rule 14 in its official rule book -- obliging Taiwan to substitute another film, "Island Etude," in its place.

A second candidate, Julian Schnabel's French-language "The Diving Bell and the Butterfly" -- which won the directing prize at Cannes -- also will not compete, because France chose not submit it, opting instead for the animated "Persepolis." (The Academy allows each country to submit one film only, which it chooses according to its own rules.)

Another strong picture, "The Band's Visit," about an Egyptian brass band that gets lost during a visit to Israel, was excluded after it had been submitted by Israel because there was too much English in the film. (Israel substituted "Beaufort" in its place.)

And then there's "The Kite Runner," which would never have stood a chance even if its distributor, Paramount Vantage, had chosen to submit it. The Afghan tale, which features English and Dari dialogue, was made by a Swiss-American director, Marc Forster, with an international crew. (Afghanistan has no selection this year.)

In excluding movies like these, the Academy continues to court controversy with foreign-language rules that many deem in need of revision.

"It is a really difficult category," says Bob Berney, president of Picturehouse, which this year is releasing Spain's entry, "The Orphanage." "The combination of all the countries' rules, plus the Academy's own rules, makes it a very Byzantine process.

Not according to James Schamus, the executive producer and co-writer of "Lust, Caution."

"It's absolutely unfair and ridiculous," he says. "I dare you to tell me how 'Lust, Caution' is not eligible while (Ang Lee's 2000 release) 'Crouching Tiger, Hidden Dragon' not only was eligible but also won as best foreign film. It is almost the exact same situation: We shot them in China, with almost the exact same crew. The whole thing is patently absurd."

Schamus was unable to appeal the Academy's decision, he says, because films are submitted by a country, not a producer. "It's not up to me; it's up to the Taiwanese government. They were devastated. But they can't appeal: They were told that they only had a few hours to submit another film or else they would sacrifice a slot. This is causing outrage in Taiwan."

Bruce Davis, the Academy's executive director, took issue with those comments. In determining whether a film truly represents the country that submits it, he says the Academy looks at three areas: "First, the writer-director-producer area -- you have to have artists representing the submitting nation well represented in those three areas -- and that film ('Lust, Caution') has no problem there. Then you look at cast -- and none of the principal cast are from Taiwan. And then you move into the department heads -- cinematographer, production designer, sound mixer -- and nobody's from Taiwan. That's a problem, whether Mr. Schamus recognizes it or not. I saw him quoted as saying: 'You are telling one of the world's great directors he can't take his own crew?' Absolutely not! But we couldn't let him submit it unless the talent came from the submitting nation."

Davis adds, "If your film doesn't meet those requirements, don't whine about it. Take comfort in the fact that there are 17 other Oscar categories in which your film does qualify."

They include Walter Salles' 2004 "The Motorcycle Diaries" (an international co-production that was never submitted by any one country) and Pedro Almodovar's 2002 "Talk to Her" (which didn't make it because it was not Spain's official selection). The latter was particularly glaring because Almodovar won the original screenplay Oscar for the film.

The linkage of each candidate with a specific country is the source of many critics' complaints.

"The narrowness of that one-country-one-film rule doesn't seem to be perfect," says Howard Cohen, co-president of Roadside Attractions, which is handling the release of this year's Lebanese contender, "Caramel." He notes that this has led to the exclusion of other major releases such as 2001's "Y Tu Mama Tambien." "Clearly that is a limitation when it ends up excluding films that are very legitimate," he says.

But many legitimate films must be excluded when one country can only select one film -- especially when it is a strong filmmaking country like France. This year, French-made movies absent from the race include not only "The Diving Bell and the Butterfly" but also "La Vie en Rose," the popular biopic about Edith Piaf.

In India, Bhavna Talwar, a director whose movie, "Dharm," was spurned as her country's official submission, went to court recently to challenge the official entry, "Eklavya: The Royal Guard," on the grounds that the selection process was biased. Talwar later dropped the matter, saying that court hearings had extended beyond the Academy's deadline.

The Academy has made some effort to appease critics, loosening some language restrictions.

In the past, a movie was not allowed to compete unless its dialogue was the main language of its country, excluding films like the British-made but Hindi-language "The Warrior" (2001) because it was not shot in a language "indigenous" to England, and the Austrian entry "Cache," a 2005 French-language film directed by an Austrian. That rule was changed, and now any foreign language is acceptable -- meaning that a film like 2005's "Water" could be submitted by Canada even though it was shot in Hindi.

Last year, the Academy made another change when it created a shortlist of nine films that would then be viewed by a panel of 30, who in turn would select the five nominees.

"Those 30 people are made up of 10 from the (foreign-language) committee -- picked out of a hat -- and 10 people in New York and 10 people in Los Angeles who are selected by the executive committee, all Academy members very interested in foreign film," says Mark Johnson, a member of the Academy's board of governors and chair of the foreign-language film-selection committee.

But the Academy has resisted making the kind of wholesale changes to its foreign-language rules that would eliminate critics' main objections.

These critics have long argued that the Academy's voting is biased against the new and the avant-garde because only older members have the time to see all the eligible movies, as they must before they are allowed to vote. (Any member of the Academy can join the foreign-language committee and vote on the nominees if he agrees to see all the films; in practice, members are divided into three groups, with each group committing to see one-third of the films.)

Critics also complain that the Academy does not allow its members to see screeners, even though this is perfectly legal for other major awards categories.

"That is very fair," Johnson argues. "Are you saying all 63 countries (submitting films this year) should manufacture 6,000 DVDs and get them to Academy members? That'll never happen. The beauty of our audience is that they see these films, and they see all of them. And we have a really dedicated committee of almost 400 people who watch these movies."

Industry insiders have also argued that the foreign-language process could be improved if the Academy allowed the winners of the major film festivals to compete. But supporters resist these changes on the grounds that they might swell an already-large number of entries.

"It is hard enough to have 63 entries; to handle any more is difficult," says Michael Barker, co-president of Sony Pictures Classics. "And it allows filmmakers from places like Bosnia and Iceland to get recognized in a way that helps film."

Whatever the problems, even skeptics acknowledge that changing the rules is a tricky job.

"I don't want to take a broom and sweep it all out," says Daniel Battsek, president of Miramax, which won the 2006 foreign-language Oscar for "Tsotsi." "But with any system where movies of the highest quality are not in the race, something's not right."

Last year, despite this, was one of the most exciting foreign-language races in memory. It ultimately boiled down to a race between "Pan's Labyrinth" (Mexico) and "The Lives of Others" (the eventual winner, from Germany).

The upcoming Oscars may be another vintage year, with a record number of entries, including films from Ireland ("Kings") and Azerbaijan ("Caucasia"), both competing for the first time.

But perhaps the most anticipated film is from a new director: Cristian Mungiu, with Romania's "4 Months, 3 Weeks and 2 Days." The abortion-themed drama won the Palme d'Or at Cannes earlier this year, though the harrowing nature of the movie may alienate the Academy's more staid membership.

Spain's horror film "The Orphanage" has also drawn a strong buzz, returning Guillermo del Toro to the Oscars a year after "Pan's Labyrinth" -- though here he produces and does not direct the supernatural horror film.

These are all much-praised movies. But even Davis admits the Oscar doesn't always go to the best foreign-language film.

"Sometimes it does -- but that is precisely what the rules are not set up to produce," he says. "This is the most unusual category that we have in that it's set up on the Olympic model, and the whole idea is for everybody to field a team and that team has to represent the country sending it. What the foreign-language category produces is the best of those films."

COPYRIGHT: (c) Reuters 2007. All rights reserved. Republication or redistribution of Reuters content, including by caching, framing or similar means, is expressly prohibited without the prior written consent of Reuters. Reuters and the Reuters sphere logo are registered trademarks and trademarks of the Reuters group of companies around the world.