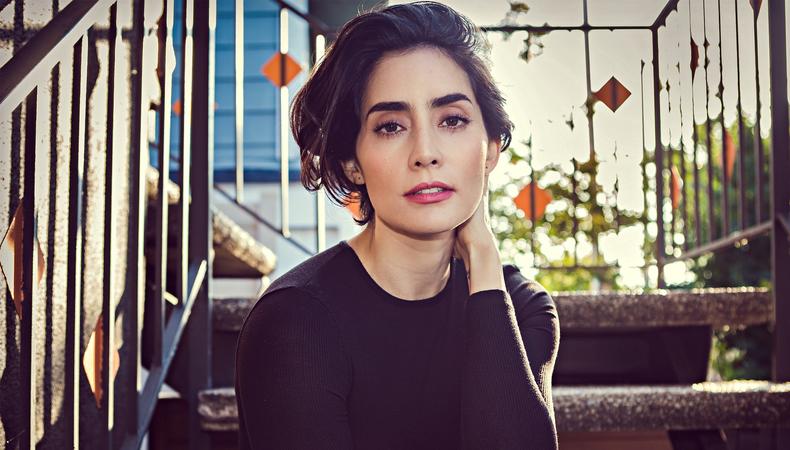 Paola Núñez was a star in her native Mexico long before her recent turn as Esme Carmona on USA Network’s “The Purge.” But, like most actors, Núñez had her fair share of struggles when starting out in Hollywood, even with an established career abroad. She recently sat down with Backstage to discuss her road to acting both in Mexico and the United States, and how “The Purge” Season 2 brings something new to the well-known horror franchise.

On her audition process for “The Purge.”
“I finished a project and I needed a break, so I went to Barcelona—and then they sent this audition. I couldn’t do it because I wasn’t in L.A., so I had to self-tape. My self-tape, I have to say, was terrible. I don’t think it was good at all because I didn’t know all of my lines. It’s hard for me to memorize in general; it takes time, but when the lines are in English, I need double the time. So, I had one day to do the self-tape, and my boyfriend helped me. We were doing—don’t tell the producers—but I was looking at the lines like a teleprompter…. So I sent it, and then I didn’t hear back and I was not surprised. But then two weeks passed, and then they called me and said, ‘We want to see you in the room. We want to see you in L.A.’ So, I flew back to L.A. and this time I was prepared, so I think I did a good job the second time when they actually saw me in the room. I really connected with the character. I love Esme Carmona. She’s smart, she’s super committed and focused. She really believes that she’s doing something good, something great for humanity, so she has a purpose in life. I always love the fact that I get to play strong, profound women, and I’ve been lucky in that sense.”

“The Purge” Season 2 is more than just a horror series.
“I was a fan of the franchise before. One of the things that I love about ‘The Purge’ is the fact that once you see the movies or the show, you come out of it and it makes you think a lot. It sparks so many conversations, not only about the premise but about you as a person, like, ‘What would I do if this was a reality? What would I do in a situation where it was legal to murder someone? Would I actually be capable of doing that? How would I behave in order not be on someone else’s list?’ The great thing about this season is that many of those questions are responded to. What happens between Purges? This is the first time we’re going to see not only Purge night, we’re going to see what happens during the rest of the year.”

Television has always been her biggest inspiration
“I’m from a border town in Mexico called Tecate, which is a little town next to Tijuana. When I was a kid, I use to see a lot of TV in English, and that’s how I learned how to speak English. I’ve always had a lot of influences, like sitcoms from the States. I always wanted to do series when I was a kid. But, when I moved to Mexico City to become an actor…I did lots of telenovelas. You only had telenovelas or movies, but series, they didn’t do that. It didn’t exist in Mexico. Now they do. I always wanted to come here just to do something like that.”

Starting out in Hollywood is rough, even for someone with an established career.
“I remember my first year in L.A. It was painful in so many ways. I was lucky because I did have a manager already. I didn’t have an agent, but because I had this career in Mexico, it was easy for them to get me interviews with all the agencies, so I got an agent super quick and then I started auditioning. I remember my first audition in L.A. I got a callback. And then I tested. I was like, ‘Well, this is easy! I have an agent. I have a manager. I’m already testing. This is a piece of cake! I don’t know why people say that it’s so hard to be an actor in Hollywood.’ And then it got really bad. I was just auditioning and I was not getting anything. Then my accent was getting in the way. I was getting super nervous in the room. I was getting so nervous sometimes I was forgetting my lines. I was crying every time after an audition. I had so many embarrassing moments. I was calling my agents: ‘Oh my god. Don’t send me another audition because I did so bad!’ And they were like, ‘No, don’t worry. It’s fine. You’re going to get better at this!’ Then I did. In less than a year, I booked a pilot that was not picked up. Then I booked ‘The Son,’ which is an AMC show, and since then I’ve been working. But, it is hard when people ask me what to do in L.A. What it did for me, and I don’t know if it’s for everyone, but what it did for me is kind of destroy my ego. It completely made me so humble, and from that, I grew again. I had to recover from that, being a better person and a better actor. It’s not easy, and if you come thinking that you’re going to make it, you probably won’t, or the opposite: You think you’re not going to make it, and you do. I believe in hard work, that’s the only thing. For me, that’s the only thing I can control. Even though I was crying every day, I never thought, I’m going to go back to Mexico, this is not going to work for me. I was like, ‘This is what I chose and I have to keep going. It’s the way it is.’ ”