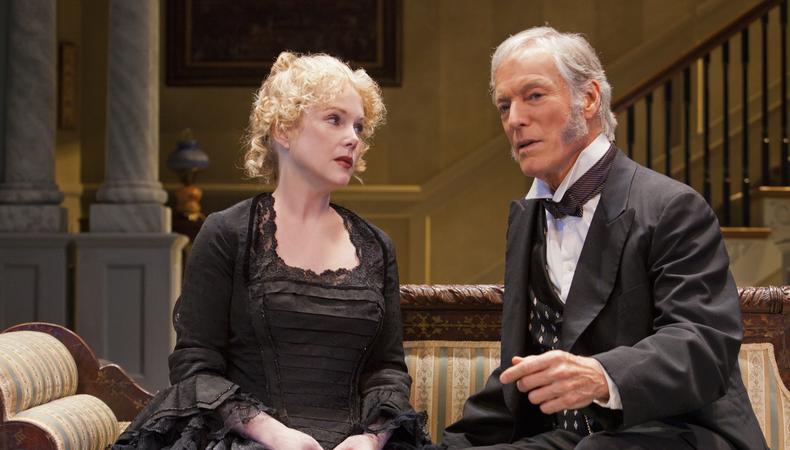 The Pasadena Playhouse, which survived a recent bankruptcy, is going into its new season flush with a massive infusion of cash and planning to expand its production calendar.

The venerable 686-seat theater filed for Chapter 11 bankruptcy protection in 2010 with a debt burden of $2.3 million. But soon after the Playhouse, which dates from the early 1920s, received a $1 million gift from an anonymous donor that helped it restart production.

Now, the theater is coming off a successful fundraising drive that again saw it bring in a seven-figure haul—albeit this time not from a single donor. The Foster Challenge, as it was known, was the brainchild of Ed and Connie Foster, who about eight months ago challenged their fellow theater patrons to make gifts of $5,000 or $10,000, which they would match. After a split of new and existing donors, the Playhouse board and four professional groups came up with $750,000, and the Fosters matched those contributions with a single gift of $250,000.

Playhouse Artistic Director Sheldon Epps, who has renewed his contract for the long-term, said the Fosters' pledge was "strategic thinking" that helped the theater shake loose large contributions. "There's no better way to raise money than to say to a donor, 'give me $5,000 or $10,000 and it will double,'' Epps told Backstage. "There were many people who doubled their gift."

Epps said many donors in the local community were spurred on by concern that the Playhouse could close its doors for good. "The possible loss of a valuable theater, that woke people up," said Epps, who is entering his 16th year on the job. "It made it clear that if people don't really support the theater, there's the potential for it to go away."

With its coffers replenished, the Playhouse plans to reward its patrons. Epps said he's working on expanding the existing six-show season to include an additional holiday production in the subscription (the current season is five subscription shows and a bonus production). Still, donors shouldn't expect the pleas for cash to be silenced.

As it eyes a beefed up calendar, the Playhouse has added a prodigious fundraiser to its ranks.

Elizabeth Doran, who was the managing director of The Actor’s Gang, starts as the Playhouse's new executive director on Sept. 17. "One of my skills is to put fundraising behind great artistic projects," Doran said.

In other word, as Epps dreams up new productions Doran will be there to help him raise the money to make it happen. "Great theaters do two things well: they develop artists and they engage their community," she said. "I think there are a lot of pieces in place to say, now how do we take this organization to the top of American theater?"

The Playhouse's new season opens Sept. 19 with the world premiere of "Under My Skin," a comedy by Robert Sternin and Prudence Fraser.