Patrick Wilson On the Cover of Backstage This Week! 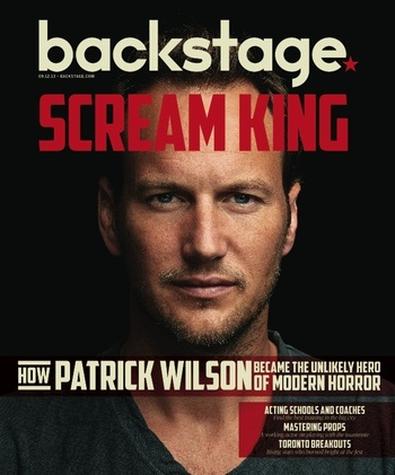 Patrick Wilson graces our cover this week, and he chatted with Backstage about reprising his role as astral projecting father Josh Lambert in "Insidious: Chapter 2," out Sept. 13. Check out a sneak peek of the feature below!

Patrick Wilson On Returning to Broadway

Though he dismisses the idea of doing the “Magic Mike” musical, Patrick Wilson has been looking for a project to bring him back to Broadway. “It’s hard to find a good role. It’s hard to find a good show,” he says. “For me, when I do theater, I’m not just gonna do it for a month. You gotta dig in. It’s just really got to be worth it. Otherwise I’m putting my kids to bed one night a week, and that sucks for me. It just has to be really, really, really worth it. And it just hasn’t been yet.”

Still, Wilson has his eye on a few potential shows. After all, musicals were what launched his career—in addition to Backstage, which Wilson credits for his first big break after seeing an open call notice for a national tour of “Carousel.” He went, sang 16 bars of “Soliloquy,” and got the part. “That’s such a great Backstage story,” he says. “This is the only business you can still do it. I went to an open call, sang 16 bars, and spent 16 months playing the lead. So it happens! It does happen!”