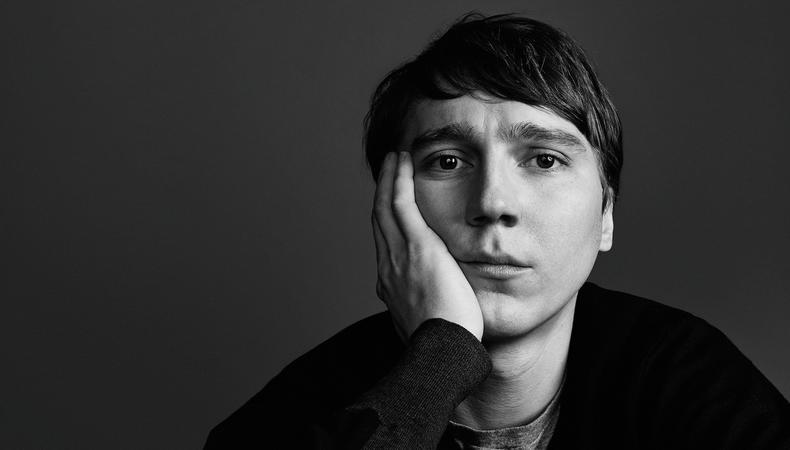 As a harpsichord and orchestral keyboard flood in, Brian Wilson sings, “I try hard to be strong/But sometimes I fail myself…”

A track on 1966’s legendary album “Pet Sounds,” “You Still Believe in Me” is what Paul Dano was listening to when he first connected to Wilson during his preparation to play him in the upcoming Beach Boys biopic “Love & Mercy.”

“Without question, learning to play a few of the songs and singing them was the thing that brought me closest to Brian,” Dano says, admitting it wasn’t easy to initially connect to the role. 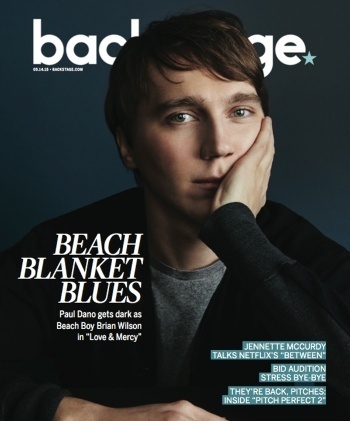 A biopic about the Beach Boys co-founder and surf rock pioneer sounds like a sun-kissed beach blanket romp, but Wilson’s life was a far cry from “Kokomo.” Directed by Bill Pohlad, “Love & Mercy” examines the music legend’s life and career, including his groundbreaking musical compositions, the decline of his mental health, meeting his second wife (Elizabeth Banks), and the mistreatment and misdiagnosis he suffered under the care of Dr. Eugene Landy (Paul Giamatti). John Cusack tackles Wilson’s dark later years; Dano sets the scene as the younger Wilson.

Sharing the role is something Dano says felt “quite ambitious.” Instead of taking the audience consecutively from Point A to Point B, Pohlad shifts between ’60s Wilson, slowly losing his stability—hearing voices and losing his temper at a dinner party over the clinking and clanking of glassware—and Cusack’s ’80s Wilson, an overmedicated man trying to gain control of his life, who’s told when he’s hungry, who he can date, and how he feels by Landy.

“It took me a little bit to get super jazzed about getting the part because I guess I felt like it was a scary enterprise,” Dano says.

“I started looking around online, and I knew how much Brian meant to people and how much his music meant to people,” he adds. “It wasn’t until I read the script while listening to the music that I started to light up inside and really feel connected. Something started clicking once I put the music around it and saw just how deep it all was.”

Growing up with an abusive father and lack of support system, Wilson suffered from drug addiction and depression for years. “He’s one of those people who didn’t build up that extra layer of skin a lot of us do to be able to sort of get through the struggles in life,” says Dano. “It’s a really sensitive part, and that’s always a little bit scary, because it means you need to be your most open and vulnerable self.

“But just the openness of his spirit was strong enough…that I knew if I could just get a percentage of that, then I’d be [able to do this part].”

A departure from his best-known roles—twins Eli and Paul Sunday (“There Will Be Blood”), mute teen 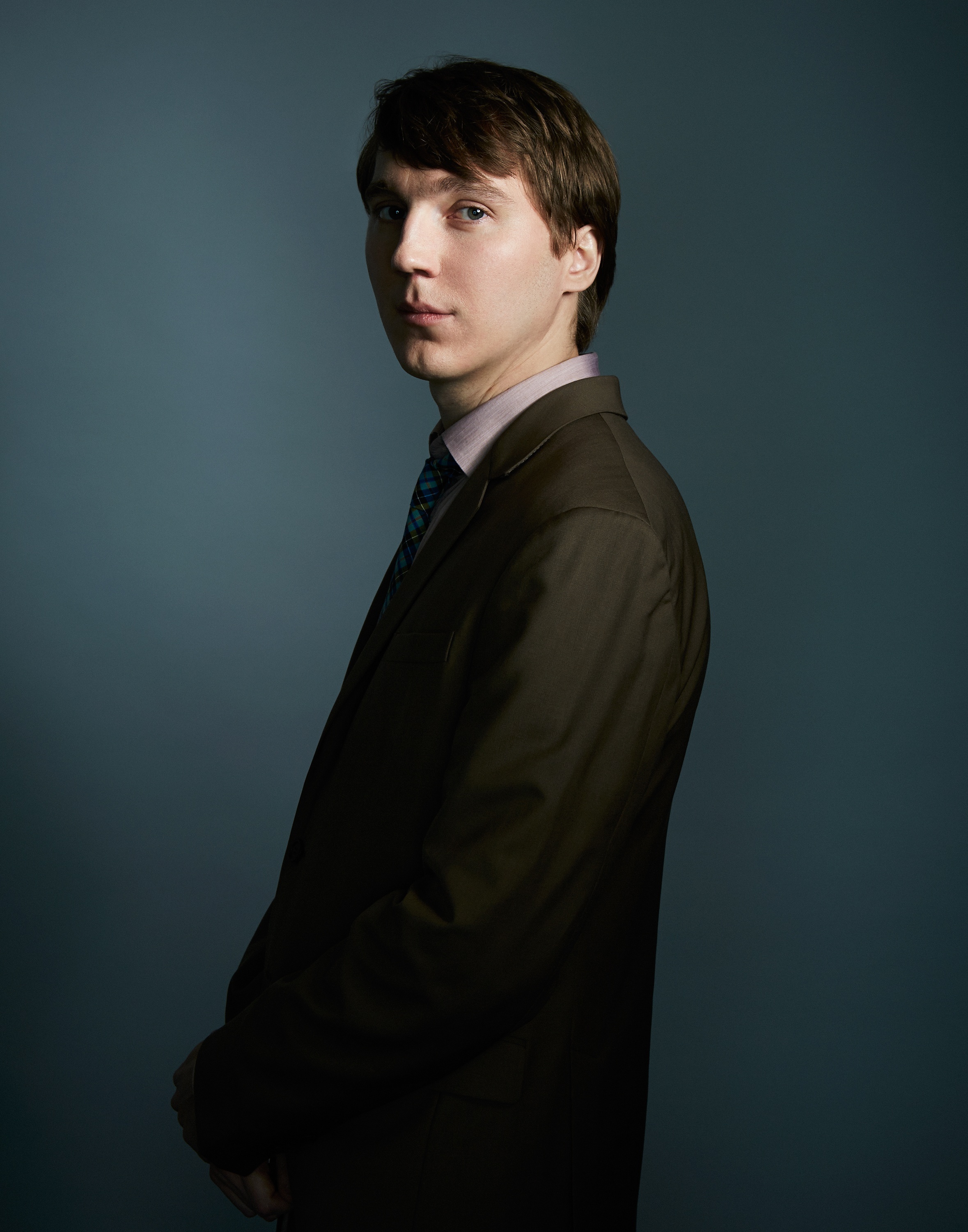 Dwayne (“Little Miss Sunshine”), suspected kidnapper Alex Jones (“Prisoners”)—Wilson didn’t feel like a natural fit for Dano, but it was a no-brainer for Pohlad.

“In everything I’d seen him in I’d always been drawn to his performances and intrigued by the choices he makes,” Pohlad says. “Even though he’s played a lot of unusual or dark characters, you could always feel there was a real sensitivity there, and so I was excited to see him in something a little less dark and a little more sympathetic.”

“He’s deeply intuitive,” says screenwriter Oren Moverman. “What I noticed is that he’d go through this very interior process in order to bring out all the exterior physicalities and things that have to do with acting. And that’s Brian—he’d hear these voices through this deeply interior process and it’d come out as this exterior thing through the music, so there was something about Paul that definitely had all the elements of Brian in the ’60s.

“He examines things from every angle,” Moverman adds. “Paul doesn’t take a role that he doesn’t feel challenges him.”

That’s the only consistent thing about the roles Dano has taken over the years. The actor says he’s always tried to accept jobs based on whether he could learn something from the experience, and whether a project spoke to him at a given point in his life.

“I think there was something in me at a young age that was not worried about success, but was worried about becoming a better actor,” he explains. 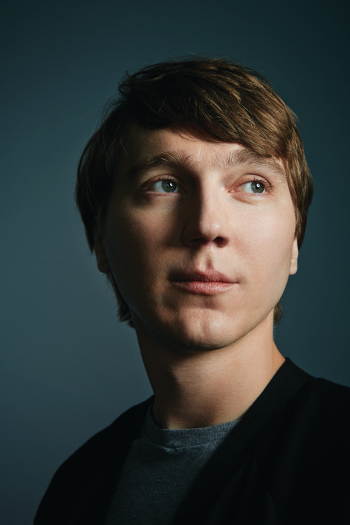 After a role in 2004’s “The Girl Next Door” left him unstimulated, Dano almost quit performing for good.

“I consider myself a dork, and [in that film] I was playing somebody who was so dorky…. I was so scared because I knew I wasn’t going to be an actor at that point if I wasn’t going to get to play different types of roles,” he admits. “I’d just find something else to do.”

Then Dano was cast opposite Daniel Day-Lewis in “The Ballad of Jack and Rose,” something he calls a “turning point” in his career.

“Something about that helped me understand what I would want or what I get out of doing this and gave me a bit more confidence to pursue my feelings about [acting], rather than just doing it for whatever reason,” he says. “Something new started there for me.”

And if “The Ballad of Jack and Rose” marked one turning point for Dano, “Love & Mercy” marks another.

“[This film] brought a new sense of joy to my work for me,” Dano says. “One of my favorite things about Brian is that he often said things like, ‘I’ve wanted to make music that could help people heal or make them smile,’ and I felt like just doing it for him or for that sense of spirit helped to take me away from myself and try and do it for a bigger purpose.

“That’s something that I know I can take from this experience for the next part of my journey.”

Paul Dano sits silently for a moment after he’s asked what advice he has for aspiring actors.

“The amount of talented people I know who feel like they struggle, or who find work and then don’t find work—it’s really hard,” he says, stopping to take the final sip of his black coffee.

“It’s really hard,” he repeats again, this time putting emphasis on “really.” He goes on to repeat the phrase three more times before letting out a sigh.

Despite having been fortunate in his career, Dano has always admired those who go out and create for themselves—an opportunity he’s yet to have—noting he admires those around him who go to class or do the workshop of a play “even if nobody sees it.

“Putting yourself out there is important,” he encourages. “’Cause you have to hustle as well; we’ve gotta slut it up a little bit.”