Is Paying for a Workshop Really Worth the Money? 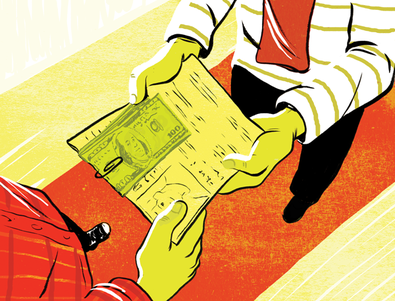 It’s been a while since I stood on my anti-“workshop” soapbox. Well aware of the subject’s controversy, I resist mounting it more frequently, though I like the volley of debate that’s inevitably provoked. But as it recently resurfaced on our message board (see “Which CDs actually call in workshop attendees?”), I thought I’d wade back in, this time with a slightly gentler approach.

I am, as regular readers know, staunchly against the pay-to-meet racket. I think it’s yet another way actors get disrespected, gouged, and taken advantage of. There have always been those who preyed on the dreams of aspiring performers, from traveling “professors” selling acting lessons to parents gushing over their little tykes’ obvious star potential to “producers” seducing young beauties onto the casting couch with promises of stardom. “Workshops” aren’t nearly as sinister as that—they aren’t outright swindles. Maybe that’s why the ethics are still so angrily debated from both sides.

Pro-“workshop” actors often believe workshops are their best—or only—access to contacts; hence, they feel their careers are directly threatened by those who decry them. On the other side are those who object to actors getting coaxed out of hard-earned money for what we consider an insulting, degrading, and illegal practice—charging people for meetings with those who could hire them. So yes, the discussion gets emotional.

Then there’s the big gray area: those workshops that are completely legitimate educational opportunities offered by seasoned pros with knowledge to share. Still, as the thread’s title suggests, most attendees aren’t there to learn, but with hopes of getting hired.

I’m saddened when fellow actors angrily defend their right to pay for meetings, especially when the payoffs seem so meager: a possible audition for one or two lines? And I hate hearing of the shockingly rude way they’re sometimes treated. Unfortunately, when you pay to meet people, you put them at a higher status and are sometimes treated accordingly. But are workshops a “necessary evil,” as I often hear them described? I don’t believe so. Most of the steadily working actors I know don’t attend “workshops” and never have.

Nevertheless, this system—though, I believe, morally indefensible—can also be effective. It’s true that “workshops” can lead to work. And that’s what makes them so tempting and possibly the reason those who frequent them defend them with such vigor.

No one loves this setup (except those who are cashing in on it). I think we’d all rather be given opportunities to present ourselves without having to purchase them. But those opportunities are hard to generate.

So what do you do? Well, with all the impassioned arguments on every side, it falls to each of us as individuals to take authority in our careers and decide that for ourselves. Decide what kind of career you want to have and how you want to cultivate it. If you feel good about your approach and find it satisfyingly effective, go to it. But I hope you’ll think bigger than just getting an audition for a small TV role. I hope you’ll think about dignity, the big picture, and how you want to be perceived. That’s my two cents.