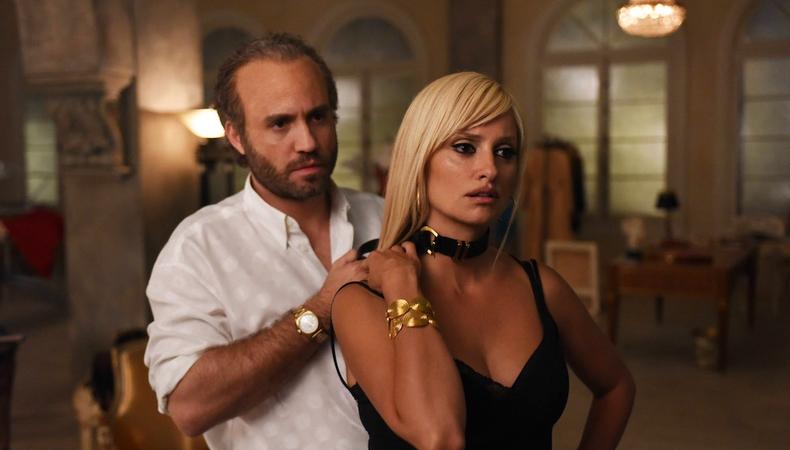 Playing Donatella Versace in FX’s “The Assassination of Gianni Versace: American Crime Story” has landed Penélope Cruz an Emmy nomination for her first-time TV role, and the experience has her ready for more time on the small screen. The Oscar winner spoke with Backstage about the challenges and thrills working on the Ryan Murphy anthology series, nailing the perfect accent, how to relinquish control as an actor, and why it’s important to never betray yourself for a role.

What was the biggest challenge to playing Donatella Versace?
My biggest challenge was finding her voice. I wanted to find a way of speaking that was not me and that made you think of her and her energy. I think she has a very rock and roll rhythm in the way she talks and moves. My coach, Tim Monich, helped me so much. We worked for many, many months. First it was the Italian accent transferred to English and then giving it something that could be unique of her, something that when you hear it, it’s Donatella.

What about your favorite part to playing her?
I like her so much. I’ve met her a few times, and I’ve worn Versace so many times over the last 20 years. She’s always been very kind to me, so this was my opportunity to do my own homage to her and her brother, even if I never met him. I enjoyed every second of playing her.

What advice would you give actors taking on a role embodying a real life person?
I am not a very big fan of giving advice, but if I had to say something: try to have an adventure with that character and trust that it will be there with you, almost guiding you. All that information you get from preparation for the role has stayed alert in your brain and has started, hopefully, to go into every one of your cells so that you can just forget it and believe that it’s already, in a way, part of you.

I have always had the tendency to be a control freak. I think that’s why acting is so therapeutic for me because it teaches me constantly. It’s not up to me. It’s the opposite of control, and that’s why I love it so much.

What has this role added to your acting skills?
The rhythm of television teaches you so much, and I would love to do it again. You’ll get monologues 24 hours before you shoot sometimes; they can come at you with those surprises. You use that as a great exercise, not just for memory, [but] for being present, getting the material and doing what you can with it.

What advice would you give your younger self?
At the very beginning, it was harder for me to know when I had to say no to a project because I always thought this might be the last movie I ever make. That creates an insecurity that stays with you for life. It’s very confusing at the beginning. Your heart is telling you to say no to this project for whatever reason, and your mind comes with the voice of insecurity saying, “Are you crazy? How can you say no to something?” But actually, I had to do that very young. There was a time where I was a complete workaholic, and I would wake up in the middle of the night and look at the Blackberry and answer emails. I did that for five years in my 30s, and that takes a toll on you and your health.

Do you have a worst audition story?
I had one when I was very young in my early 20s. I had not worked in America yet, and they were going to give me a big studio movie. Once I got there, they changed the contract, and it was all things we never talked about. I didn’t sign it, and I asked to talk to the studio people. I didn’t speak English, but that day I spoke English; it was like my anger made me speak it. I can tell you, so many years later, it’s still one of the moments that I feel more proud of because I didn’t betray myself.

Do you have a most memorable survival job?
I was a presenter for a music TV show in the late ’80s, early ’90s. I had to yell a lot. I still don’t know why, but I yelled so much. Now, when I see it, I say, “Why was I treating people like they were completely deaf?” It’s incredible. I had a big perm because I wanted to look like Julia Roberts. It was a fun job. It taught me a lot of things and helped pay for ballet and theater classes. It was a good thing.

What’s a movie every actor should see?
“Silkwood.” Meryl Streep to me is the biggest genius of all time in terms of acting. I like every performance from her, but there is something about her in “Silkwood” that is mind-blowing. The scene in the car—I think I watched it 20 times in a row.