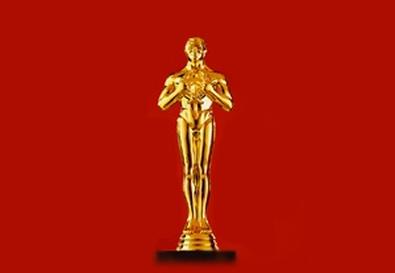 When Academy of Motion Picture Arts and Sciences president Sid Ganis announced last June that there would be 10 Oscar nominees for best picture, the general reaction was one of confusion. What prompted this change? Would there even be 10 worthy films? At the time, Ganis claimed that doubling the number of nominees would “allow Academy voters to recognize and include some of the fantastic movies that often show up in the other Oscar categories but have been squeezed out of the race for the top prize.”

Almost seven months later, these questions remain. It's true that early in Oscar's history, from 1931 to 1944, there were more than five nominees for best picture. (In 1935, there were 12.) But let's compare the list of films from one of those years to today. In 1939, there were 10 nominees for best picture: “Gone With the Wind,” “Dark Victory,” “Goodbye, Mr. Chips,” “Love Affair,” “Mr. Smith Goes to Washington,” “Ninotchka,” “Of Mice and Men,” “Stagecoach,” “The Wizard of Oz,” and “Wuthering Heights.” All deserving nominees. Last year, there were only five nominees, yet middling fare like “Frost/Nixon” and “The Curious Case of Benjamin Button” still made the cut. Though there are some great films likely to be nominated this year, I would be hard-pressed to come up with 10 truly deserving of a best picture Oscar.

The biggest drawbacks to doubling the best picture race are obvious. First of all, you have a ceremony that traditionally runs more than three hours—that's with five nominated films. Every year the jokes are made about how unbearably long the ceremony is, and yet every year there seems to be tons of filler (A tribute to musicals? Previous Oscar winners introducing all the nominees?) weighing down the show. All this while the winners—who have dreamed of this night and worked so hard to achieve this goal—receive only 45 seconds to give their speeches.

In addition, the best picture nominees are meant to be an exclusive group. It means something to have that recognition. The thinking behind adding five more nominees seems to be that more-popular fare—such as last year's “District 9” or “Star Trek”—will be included. But I look at the likely nominees from last year and I see plenty of mainstream entertainment. “Avatar” was one of the highest-grossing films of the year and seems a lock for a nod, even if there were only five. And as good as I thought “Star Trek” was, would I put it in the same category as “The Hurt Locker”? The new rule simply seems to be watering down the quality overall.

In addition, the proposed voting system is inherently flawed. In the past, voters picked one of the five best picture nominees, and the one with the most votes won. Makes sense. The new system will ask voters to rank the nominees in order of preference, and the results will be tallied in a way so that even if a film gets the most No. 1 votes, it could still be surpassed by a film that gets more votes in the No. 2 and 3 spots. (For a more thorough analysis of how this works, check out www.filmschoolrejects.com/news/making-sense-of-the-academys-new-best-picture-voting-rules-colea.php.) This system seems designed not to pick the top film but the most agreeablemiddle-of-the-road picture.

Though no one has said it on the record, the real reason behind upping the number of nominees seems to come down to the desire to pull higher ratings for the TV broadcast of the Academy Awards. The years that “Titanic” and “The Lord of the Rings: The Return of the King” won best picture were ratings highs for the program. But should the Academy really adjust its business based on one night of television? Caring about TV ratings for an event that celebrates film makes about as much sense as airing the Emmy Awards in movie theaters.