10 Performances That Will Give You Nightmares 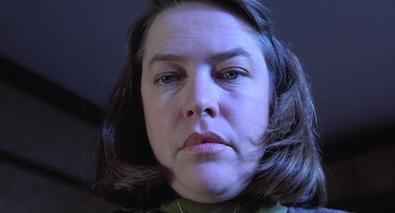 What’s a scary movie without a scary villain? These actors may be known for heartfelt dramatic or comedic roles, but it’s the perfect time of year to revisit their most frightening performances. Here are 10 great actors, and the terrifying roles they’ve played.

Kathy Bates in “Misery”
Kathy Bates is utterly brilliant in Rob Reiner’s “Misery,” terrifying audiences (and co-star James Caan) as crazed super-fan Annie Wilkes. In fact, Bates’ performance was so spectacular that she won an Academy Award for the role, making her the first horror movie actor to accept the honor. She went on to a long career in film and television, and the phrase “dirty birdy” will turn fans’ blood cold for the rest of time.

Jack Nicholson in “The Shining”
Jack Nicholson made a star turn in one of the scariest horror movies of all time, playing family-man-turned-psycho-killer Jack Torrance. Though Nicholson is no stranger to psychologically demanding roles (he won an Academy Award five years earlier for “One Flew Over the Cuckoos Nest”), his role in Stanley Kubrick’s 1980 masterpiece is truly terrifying. Nicholson shocked audiences with his transition from loving father to ax-wielding maniac, and his Jack Torrance has inspired 35 years of “Heeeeere’s Johnny!” jokes.

Tim Curry in “It”
Tim Curry is no stranger to eccentric roles; his résumé is full of weird and wonderful characters, from “The Rocky Horror Picture Show’s” Dr. Frank-N-Furter to “Muppet Treasure Island’s” Long John Silver. But his role as Pennywise the Dancing Clown in Stephen King’s “It” just might top them all. With cheerful makeup, red clown nose, and a thick Brooklyn accent, Curry’s murderous clown scares fictional victims and audience members alike; those without a fear of clowns will certainly develop one. 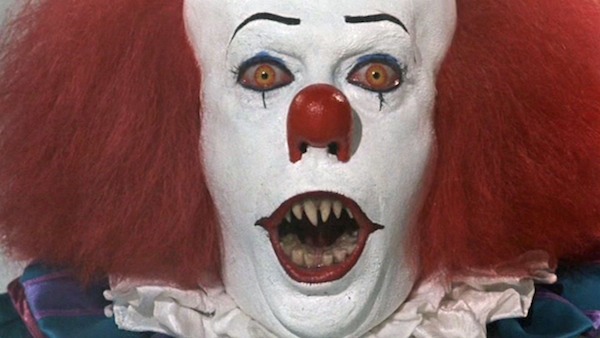 Anthony Hopkins in “Silence of the Lambs”
Anthony Hopkins’ Hannibal Lecter reminds us that a few words can go a very long way. Hopkins’ understated performance as a genius cannibal is terrifying in its simplicity, and endlessly imitable. He won an Academy Award for the role in 1992, and Silence of the Lambs was the third film in Oscar history to take home all “big five” prizes: best picture, best actor, best actress, director, and screenplay. Fava beans anyone?

Gary Oldman in “Bram Stoker’s Dracula”
Gary Oldman terrifies in Francis Ford Coppola’s retelling of the Dracula story, starring alongside Winona Ryder, Anthony Hopkins, and Keanu Reeves, as the bloodsucking count himself. Oldman plays the role with a versatility typical to his work—elegantly humorous one minute, monstrously frightening the next. Though the film received mixed reviews upon its 1992 release, Oldman’s brilliant performance remains nightmare worthy.

Sissy Spacek in “Carrie”
Sissy Spacek manages to be both heartbreaking and terrifying in 1976’s “Carrie,” playing a hyper-sheltered teen who discovers telekinetic powers after an episode of extreme bullying. Spacek cultivates fear and sympathy for Carrie (even in her chillingly violent final scenes) and was even nominated for an Academy Award for her intensely honest portrayal. As a bonus, check out Piper Laurie’s turn as Carrie’s religious fanatic mother—another horrifying (and Academy Award nominated) performance. 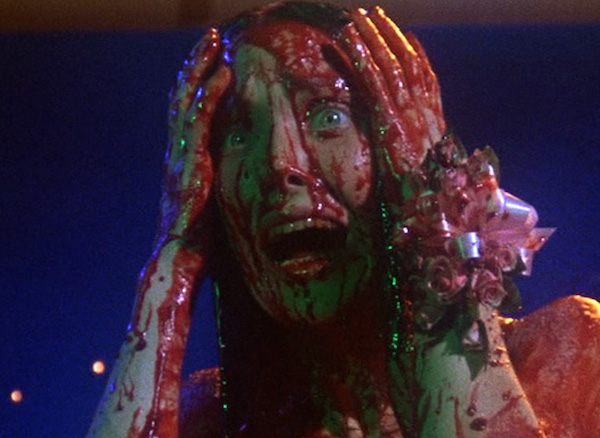 Anthony Perkins in “Psycho”
Anthony Perkins shot to international fame with his role as Norman Bates in Alfred Hitchcock’s 1960 film, playing a soft-spoken innkeeper with extreme mommy issues. Like so much of Hitchcock’s work, the terror of “Psycho” is in the space between showing nothing and showing everything; Perkin’s performance held the line, effortlessly building tension and suspense. As Bates gingerly reminds us through gritted teeth, “We all go a little mad sometimes.”

Ruth Gordon in “Rosemary's Baby”
Ruth Gordon’s illustrious stage and screen career began in 1915, but it was her chilling turn in 1968’s “Rosemary’s Baby” that earned her an Academy Award—and a Golden Globe—at the age of 72. Gordon went on to star in “Harold and Maude” and several sitcoms, working well into her 80s. She even hosted “Saturday Night Live” at 81, but her fast-talking satanist Minne Castevet remains one of her most memorable (and frightening) roles.

Kevin Spacey in “Se7en”
Spoiler alert: Kevin Spacey is a heart-stopping psycho in 1995’s “Se7en.” The actor plays a sadistic serial killer who plots out elaborate murders based on the seven deadly sins: gluttony, greed, sloth, wrath, pride, lust, and envy. Spacey reportedly refused top billing and avoided any press for the film, hoping his character’s introduction in the last third of the movie would surprise audiences. Nineteen years later Spacey’s chilling deadpan does just that. “What’s in the box?!” 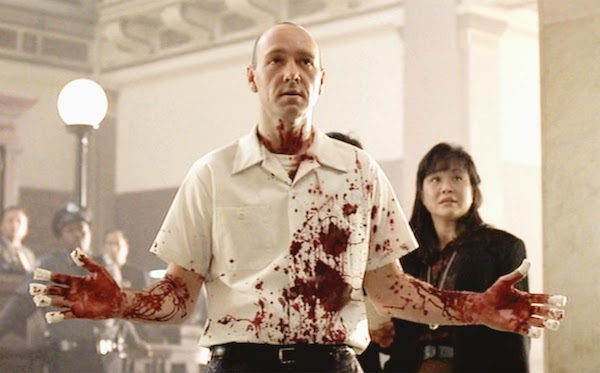