'The Performers' Is an Embarrassment for All Concerned 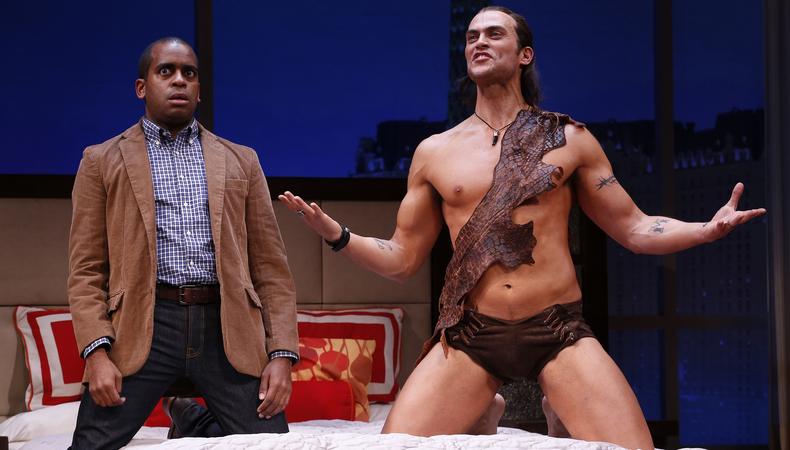 Back in the 1960s, America’s sexual revolution and cultural turmoil spawned a subgenre of hopelessly square Broadway comedies that treated issues of sex and drugs with sniggering sitcom falsity. Some, such as “The Impossible Years,” were hits, but for the most part they flopped quickly (“Norman, Is That You?”) or even closed without opening (“The Freaking Out of Stephanie Blake”). It’s been a long time since Broadway has seen their like, so perhaps that’s why a veritable gaggle of producers, led by such marquee names as Robyn Goodman and Kevin McCollum, decided that there was a vacuum to be filled. I can come up with no other excuse for the presence of David West Read’s purported comedy about the adult-film industry, “The Performers,” at the Longacre Theatre.

Evan Cabnet does little but direct traffic as Jenni Barber (Sundown), Daniel Breaker (Lee), Ari Graynor (Peeps), Cheyenne Jackson (Mandrew), Alicia Silverstone (Sara), and Henry Winkler (Chuck) soldier manically on. The only thing they can be blamed for is signing on in the first place.

Read wraps things up with an ultra-sentimental paean to monogamy as the ideal human state that’s ridiculously insincere after all the adolescent exploitation of the play’s milieu. Or perhaps it’s just the ultimate in cynicism.