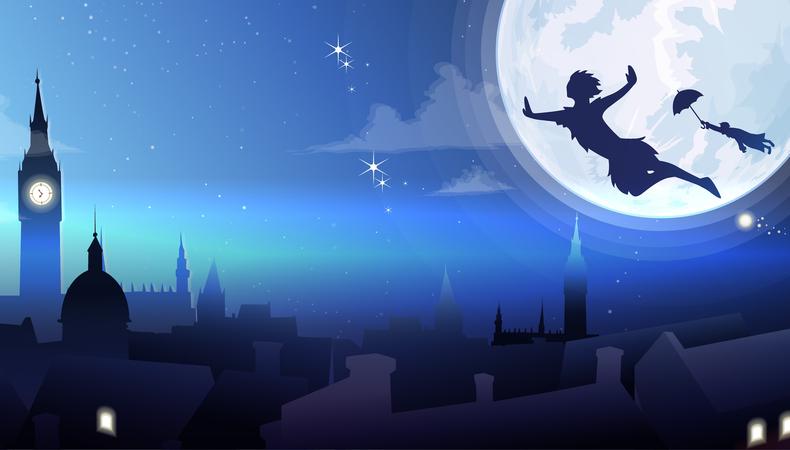 “Peter Pan and Wendy”
Disney will bring an old fan favorite to its popular streaming service, Disney+, adding to its growing list of projects with “Peter Pan and Wendy.” The film will include all the Darling children, along with the mischievous Pan. While the plot is under wraps, the project is anticipated to be a new telling of J.M. Barrie’s classic tale, reimagined for today’s young audience. Casting director Debra Zane is looking to cast the leads soon, as well as assemble the roster of supporting actors. Production is slated to begin in April, with an undisclosed location in Canada set to stand in for the mythical Neverland.

“Clarice”
CBS is taking a trip back to the ’90s to revisit one of film’s most iconic characters: Clarice Starling. In 1991’s “The Silence of the Lambs,” FBI trainee Starling was introduced to notorious intellectual cannibal Hannibal Lecter so the Bureau could stop a string of murders committed by a criminal called Buffalo Bill. The pilot will follow Starling as she returns to the field after her work with Lecter, now refocused on finding serial killers and sexual predators as she becomes involved in Washington, D.C.’s political scene. The potential spinoff currently has an empty cast list, but casting director April Webster is working to attach actors to the project. Production is set for March, right in the middle of pilot season; the pilot will shoot in Toronto.

“Tick, Tick... Boom!”
The time is right at Netflix as it puts “Tick, Tick... Boom!” into production. Based on the life of “Rent” playwright and composer Jonathan Larson, the film will focus on his art and commitment to social causes. Jon, a waiter and aspiring writer, starts to question his life when he turns 30 and still hasn’t accomplished his goals or finished his Great American Musical. The project, directed by Lin-Manuel Miranda, has already started lining up talent. Telsey + Company is moving forward with Vanessa Hudgens, Andrew Garfield, Alexandra Shipp, and Robin De Jesús for the lead roles. Production is set to start around early March in New York, where the drama’s story takes place.