15 Phrases Every Actor Should Know Before Going to Set 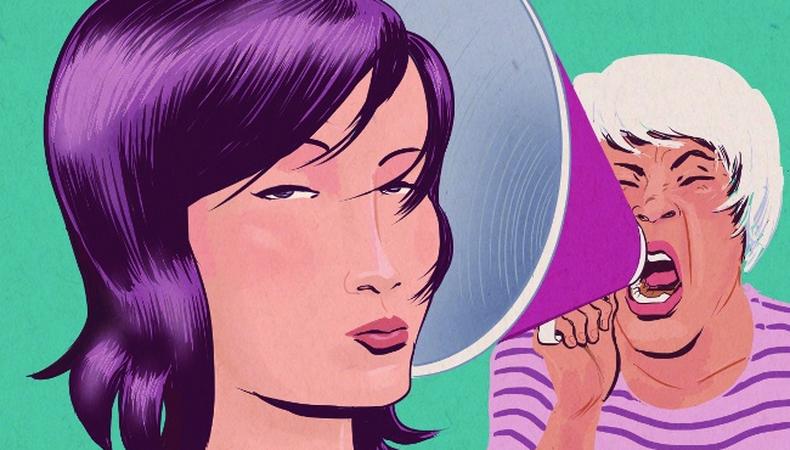 FADE IN: The A.D. squawks, “OK, this is the Martini! You need to walk in on a banana.” If it’s your first day on a set, you might not have any idea what the assistant director is talking about. Many of these terms are throwbacks to another era that have survived generations of filmmakers. The lingo can be somewhat daunting if you don’t have a glossary handy. As always, I’m here to help—and special thanks to my friend director-producer-actor Tony Bill for his amazing book, “Movie Speak: How to Talk Like You Belong on a Film Set,” which not only has an informative glossary but gives etymologies.

10-1
The A.D. usually uses this term instead of saying the cast or crew member is in the “honeywagon,” a very sexy term for “bathroom.”

ADR-Looping
Automated dialogue replacement, also called looping. During the editing process the actor is called to a sound studio where her scene is played back so she can rerecord her lines, often because of outside sound. Sometimes whole roles are looped; Andie MacDowell’s entire performance in “Greystoke: The Legend of Tarzan, Lord of the Apes” was looped by Glenn Close.

Back to one
If you think of your beginning position in a scene as one, that’s where you need to return when they call cut and start the scene again.

Banana
When walking through a scene you’ll do a slight curve rather than a straight path, like a banana. You can do a right banana or a left banana. It helps the camera department get the shot they need rather than resetting. A “cashew” is a shorter banana.

Big eyes
When the A.C. (assistant cameraman) is focusing for a C.U. (close-up), he will usually ask the actor for “big eyes” and you want to provide exactly that, without blinking or looking away, until focus is set.

Camera left-right
This is from the perspective of the camera. If you’re facing the camera, camera left will be your right.

Four-banger
A large trailer with four dressing rooms. There are also double- and triple-bangers and so on. You might be very excited to arrive on set and hear that you have a dressing room until you reach your single—which is coffinlike!

Groucho
When an actor needs to crouch a bit as he approaches the camera because the cameraman can’t tilt up and still focus. You can also do a “reverse Groucho.”

Lunch
The meal served halfway through the shooting day. This one seems self-explanatory, but on a film set you could have lunch at three in the morning.

MOS
When the scene is shot without sound.

Pay or play
When an actor, director, or writer gets paid whether or not the project is made. You either get paid or you’ll be “playing-acting” in the project. It’s the best kind of deal you can make.

Room tone
The “silence” recorded at a location or space when no dialogue is spoken. Every location has a distinct presence created by the position of the microphone in relation to the space boundaries. You are meant to stand still and not make a sound. Make sure your phone is turned off. Don’t be “that guy.”

What terms or expressions have you heard that you can share? Make sure to check back in two weeks for Part 2 of this series!

Marci Liroff
Known for her work in film and television, producer, casting director, and intimacy coordinator Marci Liroff has worked with some of the most successful directors in the world. Liroff is also an acting coach, and her three-night Audition Bootcamp has empowered actors to view the audition process in a new light.
END_OF_DOCUMENT_TOKEN_TO_BE_REPLACED