1 Piece of Financial Advice to Apply to Your Acting Career 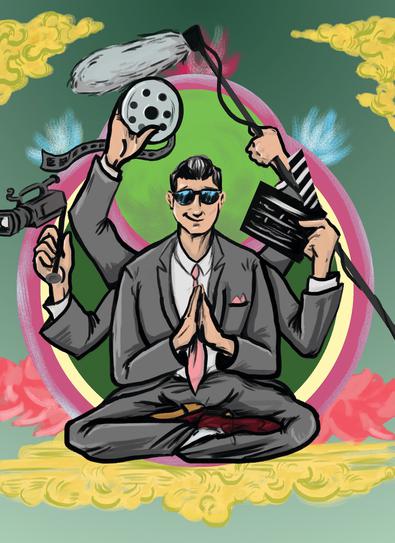 Every six months, I review my investment portfolio with my business manager, a guy I grew up with in Chicago who knows more about money than anyone I’ve ever met. His advice has saved me a lot of financial grief over the years, and I’m grateful to have him in my life. (Sadly, he mostly eats Chicago dogs and Italian beef sandwiches, so I tend to ignore his opinions on health.)

Anyway, I’ve been thinking about everything he’s taught me, and if I had to boil his wisdom down to a single word, that word would be diversify. It’s a simple concept but it can make all the difference in your financial future.

The idea of not putting all your eggs in one basket also applies to a career in the entertainment industry. Too many of you focus on one goal—making it as an actor—when dividing your interests might increase your chances of achieving success and being a happier human being.

Let’s use Adrian Grenier, the actor who played Vinnie Chase on “Entourage,” as an example. You could argue he’s a one-trick pony who was never able to parlay his signature role into a feature-film career. I would counter that you’re wrong. Besides acting, Grenier has produced and directed several successful documentaries, including “Teenage Paparazzo,” a smart look at the celebrity-obsessed culture we live in. I’ve never met the guy but I have to imagine that having such a diversified career makes him very happy. Granted, Grenier has the dough to experiment in any field he wants, but you don’t need “Entourage”-level money to spread your wings.

One of my clients volunteers at a local charity that provides assistance for homeless children. You can see her eyes light up when she talks about the work she does there. As luck would have it, quite a few industry people volunteer at this charity, too; she ended up meeting a fairly high-end TV director there. And guess what? That relationship led to a test deal on a network pilot. My client never expected her volunteer work to provide her with a professional contact, but you just never know when opportunity will knock on your door.

I know another actor who plays in an industry softball league, and the shortstop on his team is a manager at one of the best management companies in town. One day, the two of them went out for a few beers after a big win, they hit it off, and now they’re working together. Again, you just never know when you’re going to stumble across a big break.

We live in a world where creating your own content is both doable and financially feasible. There’s absolutely no reason you can’t write or produce or direct a Web series or something like that. The simple act of performing any of those functions will teach you more about the industry than waiting around for someone to hire you as an actor so you can say a few tired lines on some insipid procedural.

These are just a few examples of how an actor can diversify his or her career. Now it’s on you to come up with some of your own. Remember, the specifics aren’t important. The idea is to split up your interests so you’re not living an all-or-nothing life.

All right, that’s it. I gotta go. My money guy in Chicago has been having chest pains and I want to catch him now before it’s too late because I’ve got some long-term questions about Tesla…