Pinter Tribute to Celebrate His Life and Achievements 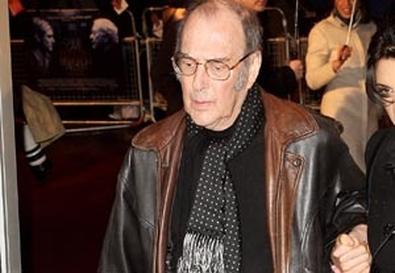 Photo Source: Getty Images
A day-long "Tribute to Harold Pinter" on May 2 at the Graduate Center of the City University of New York (365 Fifth Ave. at 34th Street) will celebrate the life and achievements of the Nobel Prize-winning dramatist, screenwriter, political activist, and actor.

The tribute, presented by the Martin E. Segal Theatre Center as part of the PEN World Voices Festival, has been curated by British actor-director Harry Burton, a close friend and longtime collaborator of Pinter's.

The celebration will feature live performances, rare audio and video recordings of Pinter in his own plays, the U.S. premiere of Burton's documentary portrait Working with Pinter; and a screening of Pinter's Nobel acceptance speech, "Art, Truth and Politics."

Four sessions will take place in Proshansky Auditorium, beginning at 11 a.m. with "The Early Days," followed by "Man of the Theatre," "Pinter at the Movies," and "Pinter and Politics." Performances in the evening, beginning at 7 p.m., will include staged readings of The Dumb Waiter and Monologue. Films will run consecutively throughout the day in the Segal Theatre Center screening room, beginning at 11 a.m. with The Birthday Party, and continuing with The Comfort of Strangers, Krapp's Last Tape, One for the Road, Voices, and Party Time.

Further information on the Graduate Center and its programs can be found at www.gc.cuny.edu.