When Pirates Are Attacked 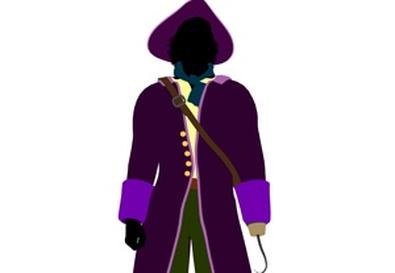 When the Senate Judiciary Committee unanimously approved passage on Nov. 18 of legislation aimed at battling online content piracy, the road ahead of the bill looked smooth. Champions of the Combating Online Infringement and Counterfeits Act—among them the Screen Actors Guild and the American Federation of Television and Radio Artists—could boast of broad, bipartisan support and assurances that President Obama would sign the bill into law should it arrive on his desk.

By the end of the day, that road was closed. Hours after the Judiciary Committee meeting, Sen. Ron Wyden, D-Ore., announced that he would seek to block COICA. Senate rules allow individual legislators to place holds on bills.

"Deploying this statute to combat online copyright infringement seems almost like using a bunker-busting cluster bomb, when what you need is a precision-guided missile," Wyden said. "If you don't think this thing through carefully, the collateral damage would be American innovation, American jobs, and a secure Internet."

American jobs are exactly what SAG and AFTRA, which have lobbied aggressively on behalf of COICA, claim are endangered by Internet piracy. But critics of the bill—which would empower the U.S. Department of Justice to eliminate domestic websites that host copyright-infringing content, and force U.S. Internet service providers to block access to foreign-based sites that do the same—call it a censorship scheme that could damage the Internet's basic structure.

"We support the bill because our members' livelihoods depend on it," said Nancy Fox, national director of policy and strategic planning for the Screen Actors Guild. According to Fox, "tens of thousands" of actors' livelihoods are threatened by the illegal distribution of copyrighted material. "Actors, specifically, do not receive residual payments when their movies are stolen—and that well-earned money is what allows the average actor to make ends meet in between jobs," she said.

Indeed, COICA has been a top legislative priority for SAG and AFTRA. According to Terrie Bjorklund—AFTRA's national associate general counsel, copyright and intellectual property—the union's job when lobbying on behalf of a bill such as this is to put a face on the problem.

"With the business community, we're walking hand in hand down the aisle and down the halls on this issue," Bjorklund said. "In their perspective, it's about being able to invest in a product. For us, it's protecting jobs."

While those who represent actors are worried about jobs, COICA's critics have other concerns.

"We have a lot of sympathy for the fears and frustration of the entertainment industries," said Peter Eckersley, a senior technologist for the civil-liberties advocacy group the Electronic Frontier Foundation. "But we think that COICA would have disastrous consequences, both in terms of the way that the Internet functions and damaging potential Internet infrastructure—and also in terms of being a genuine threat to freedom of speech and innovation."

In September, the EFF sent a letter to the Judiciary Committee signed by 87 prominent Internet engineers and warning that, among several possible harms, COICA could fracture the Internet's global domain-name system. The engineers also argued that the bill would unfairly limit speech by lumping noninfringing content with infringing content when a site is eliminated or blocked.

Furthermore, opponents claim that the bill's effects will be easily circumvented by those seeking pirated content, creating a system that will do harm without doing much good.

"The problem is that you have a bill that will affect freedom of speech, or be ineffective, or do both," Eckersley said.

In a September letter to the Judiciary Committee, SAG and AFTRA—joined by the Directors Guild of America and the International Alliance of Theatrical Stage Employees—blasted COICA's opponents and dismissed their concerns.

"They will turn a blind eye to the looting of one of the strongest American industries by profiteers who contribute nothing to our economy or our culture," the unions wrote. "And they—most of whom do not create jobs themselves—will be willing to sacrifice the jobs of our members and the thousands of others who depend on the entertainment industry to make a living."

Eckersley said his group is "sympathetic to the unions' fears for the future of their industry" and interested in finding ways to work with Hollywood. He emphasized the need for a shift away from attempts to legislate against piracy and toward the development of business models that make lawful content more attractive and accessible. But SAG and AFTRA are holding their ground.

"We think that the free speech and censorship argument is really a distraction from the real point," Bjorklund said. "Stealing is not protected free speech, and tackling rogue sites is not really censorship."

With just a little more than a month left for the 111th Congress, and Sen. Wyden standing in opposition, COICA won't be destroying the Internet or saving the entertainment industry anytime soon. Should its prospects change once the 112th Congress is seated in January, the bill would have to pass not only the Senate but also the House of Representatives, where it has yet to be introduced. Still, proponents are optimistic.

"Because of the makeup of the new Congress and the fact that there is bipartisan support, I feel pretty strongly that this will become law in the not-too-distant future, which is saying a lot," Bjorklund said. "At the federal level, things usually move at a glacial pace. I think this will go pretty quickly."