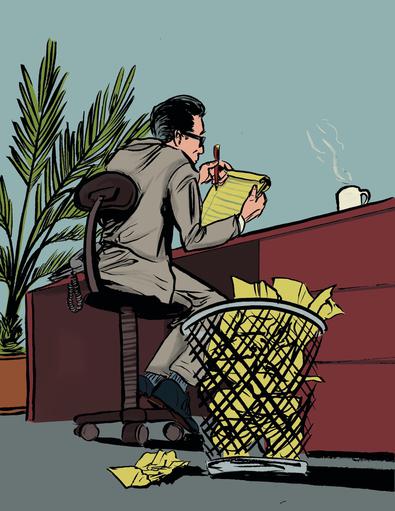 Thanksgiving weekend is over. You put your career on hold for a few days, spent time with family and friends, stuffed your face, watched some football—did whatever makes you happy. Now, get ready to fire your engines because there’s a lot to be done before Santa knocks on your door.

Self-help gurus will tell you not to live your life staring in the rear view mirror. I get that, but I also believe it’s hard to move forward without examining the past. So I want you to get in the habit of creating your own personal “End-of-Year Review.”

This is not just an actor thing. I do it, too. And it’s a little different from your drunken New Year’s Eve resolutions. Those are usually about losing weight and being a better person. This is strictly about your acting career.

So let me throw out some ideas you can use as a guide. And consider getting an actor friend to join you in this endeavor. That way, you can hold each other accountable during the coming year.

Ready? Let’s do this!

1. Who did you connect with in 2015? Make a list of every professional encounter you had during the last 12 months. Now rate each of them on a scale of one to three, one being superficial and three being genuine. For example, if you met a casting director at a workshop and never saw her again, that would be a one. If she brought you in to audition, that’s a three. By my standard, you should have four professional encounters every month and at least one of them should rate as a three.

2. How many auditions did you have? Make a list and rate them the same way. Student films and the crap on Actors Access is a one. An audition for a mainstream film, TV, or theater casting director rates a three. Now do the math. Are you pleased with the results or do you need to up your game?

3. Did you have to self-tape for anything? Self-tapes are the new black. So if you don’t already have a system in place, this is something that needs to get done. I’m talking about a good camera with clean sound, lights that flatter, and a decent background. To lessen the cost, get some friends to share the burden and then you can help each other out as readers.

4. If you have decent reps, there’s a good chance you auditioned for a project that shoots in Canada or somewhere else beyond our borders. So do you have a passport? Does it expire in less than six months? Believe it or not, I’ve had to turn down several offers because clients forgot to mention they didn’t have a passport or because they failed to keep it current.

5. Make a list of everything YOU created. Could be a piece of writing, a Web series, whatever. I just want you to be aware of what you made happen and what you waited for someone else to make happen.

This should be enough to get you started. Mold the list however you see fit. And don’t fret over disappointments. Instead, focus on the improvements you’re going to make in 2016!