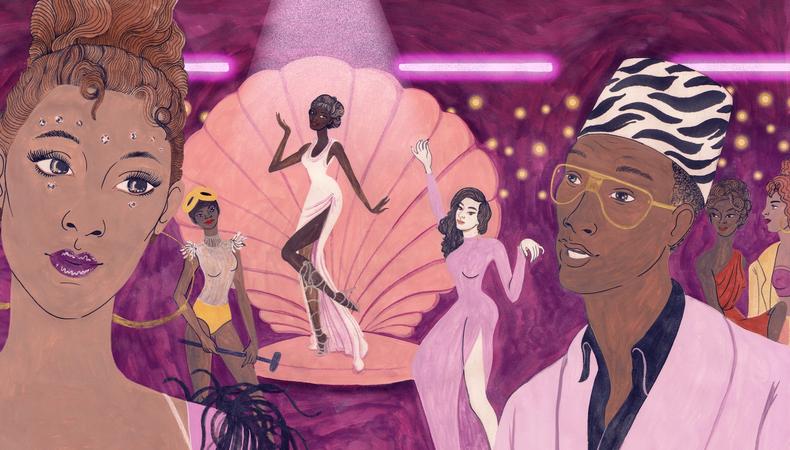 “Pose,” a drama embedded in the 1980s New York ball scene, is a revolutionary show in many ways, but one of the main reasons is its cast, the largest trans principal cast on television, highlighting community and culture that has been overlooked in the medium. CD Alexa L. Fogel had to be inducted to the ball scene to learn about the world of balls, houses, house mothers, and more being depicted in the show and find the right talent accordingly. With the help of show creator Ryan Murphy and ambassadors into the scene, Fogel assembled a first of its kind cast of performers, many who were new to acting, that includes MJ Rodriguez, Indya Moore, Dominique Jackson, Hailie Sahar, and Angelica Ross. It was a new experience for Fogel, but the basics of casting still applied, and the result is a fresh ensemble that provides an even more fresh viewing experience. Fogel detailed how the groundbreaking cast came together.

Describe the casting process for “Pose.”
We did it on sort of parallel tracks meaning that we went through what would be a traditional approach and then we put out notices through social media and through other ways to lots of community organizations around the city and nationally just saying what we were doing. I’ve done this in other projects where we knew we would be looking for people that might have personal experience so it’s not just in this world. There were consultants that were also attached to the show but I found my own ambassador into this world that could help educate me and introduce me to people. I had been told that the culture was very closed-world and I found it to be quite the opposite. I felt like once we were kind of in we were totally in and that people really found us and you know that everybody who came through this process and came through the audition room had a story to tell and was excited to be there and it was kind of formative experience for us, too. I was really grateful to have had it. So I would say that we were going into the community in a sort of grassroots way with help from a couple of ambassadors that were gracious enough to take that on and then also going through traditional casting at the same time.

And what were the auditions like for “Pose,”?
They were straightforward. We had material and I read with people and probably did a little bit more talking about where people are from and what their story is than I would normally do. If somebody who is not experienced seemed to have a little bit of something there I would work with them more than I normally would just to see if we could get a little more out of it. I did a lot more work with people before we got to a callback situation than with people who are very experienced actors.

READ: The #1 Thing You Should Know Before Auditioning for TV

Were there specific character breakdowns or were characters influenced by the talent you found?
Things evolved and changed as we were doing it but there was a script and there were specific characters that I was looking for, absolutely without question. That was part of the challenge is the idea that we have to find Electra was daunting. She speaks in three-page monologues and is imperious and that’s a tall order for anybody but whenever I experience any form of anxiety in the room I remind myself I only have to find one. There were certain things that changed, the part that Billy Porter plays and a couple of other people really didn’t exist but kind of came out of the casting process.

Where did you look to find people for the show?
It was mostly New York and Los Angeles but there were people in a few other places. Some of it was word-of-mouth, some of it was people like Dominique, I heard about from lots of people and my office was just covering a scene and it happened very naturally. It wasn’t difficult, some people found us, some people heard about it from friends, it evolved in a very natural way. But the other thing is once you start something like this, the scene is a really big scene now, and people do end up being represented by people because Ryan is very well-known and we’re making a television show.

What did you learn from this casting process?
It’s really not much about what I learned as it’s the experience of working on a piece that’s so much about humanity and compassion. You have to have that kind of empathy when you’re talking to people all day every day who have experienced, often, incredible hardship and rejection and are really brave. Also, on a good day, it’s hard to walk into an audition room. Were going through the casting process and we just felt like it was a privilege to do something that was so meaningful to all of the people that were casting through the audition room. Whether they were good or not, whether they were going to advance to the next level or not, I think they felt seen and they felt respected and they were happy that this was happening, and I didn’t expect that. That was the part of this process that was a little bit of a surprise to me, and it just made it a pleasure in a way that it never felt like work.

What made this job unique for you?
The human component of it. Obviously, I was dealing with a lot of people who were not professional actors and when you do that you have to be careful. I think because many people’s personal experience was close to the material that we were working on in some ways, I was really touched by how much it meant to everybody that we were meeting. It felt like a privilege to be the caretaker of this process. That sounds incredibly pretentious, but it felt that way.

READ: 13 Steps to Prepare for a Great TV Audition

What were some of the things that were challenging about this casting process?
Everything was challenging about it. Normally when you’re working on something, you expect to be able to present a certain amount of choices to somebody like Ryan and I couldn’t. I couldn’t present him with multiple choices for certain roles. It just wasn’t going to be possible. You hope you have one. With Dominique, there really only was one. But it was a great one, and it worked out really well. But that’s it until you find it, you’re not sure that you will, and you hope that you will and that your career won’t be over. But it’s also what makes it really, really worth doing. The great unknown.

When you think back to auditions, especially when you think back to someone like Dominique, are there auditions or parts of auditions that stick out to you?
Mostly it’s a process by which you pull things out and you move things around and you try this role and then you try that role and that’s the way it is often on most projects and that’s the way it was on this project with all the actors except Dominique. I’ve never had an audition like that in the many, many years that I’ve been doing this. I mean, she hadn’t done this before and it’s two pages of mostly that character talking, and she came in and she finished and my casting associate and I were both completely speechless. Like this never happens. And I think she was confused by that and then I just started laughing. I didn’t want to give her a note, because that was it. It was so good and I had her come in and do it again before she did it for Ryan, but she has a great line, which I’m sure has been quoted and you’ve heard, and he said this to me when I sent him the tape, that when they were in the writer’s room, he was the one who always read Electra, and he never thought I’d be able to find anyone who did it better than he did. That stands out because I’ve never had an experience where someone read something the first time and that was it. She just really truly understood it and when we talked about it later I understood she was so influenced by the house mothers and the women who sort of raised her when she was in the ball scene, and that’s who she was channeling.

When you are going through this process and you’re working with people who may not have the same types of experience or the training that a lot of actors you see may have, what are qualities besides their talent and their ability to read a script indicate that someone will be able to handle a part?
It’s hard to articulate because some of it is something you understand instinctively when you do what I do, but I think it’s a couple of things. It’s a kind of alignment between what are the primary characteristics that are on the page that need to come out for that character and the ability to be naturalistic in front of the camera. If you see a little bit of that, you can usually help peek it out more.

Elyse Roth
Elyse is a senior editor at Backstage, where she oversees all casting news and features content, including her weekly casting director Q&A series, In the Room. She came to New York from Ohio by way of Northwestern University, where she studied journalism, and now lives in Brooklyn. She might see and write about awards-worthy films, but Elyse still thinks “Legally Blonde” is a perfect movie and on any given night is probably taking in some kind of entertainment, whether it’s comedy, theater, ballet, or figuring out what show to binge next.
END_OF_DOCUMENT_TOKEN_TO_BE_REPLACED