How NOT to Pose for Headshots 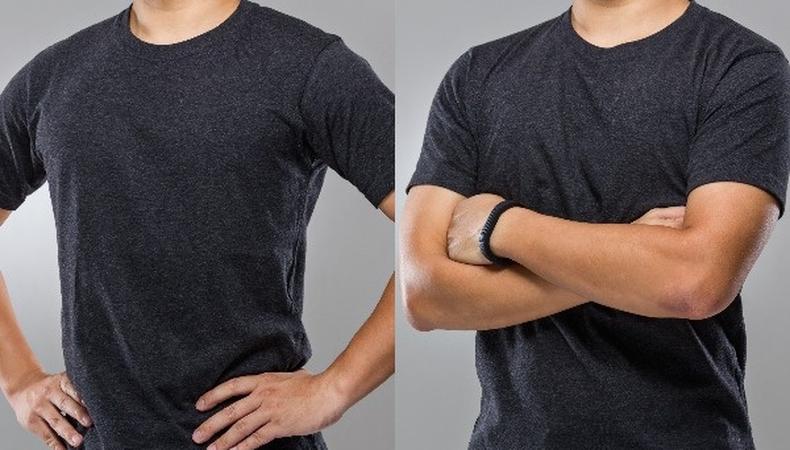 Let’s try an experiment: Pull up your headshot and take a good look at it. What do you see? Because your headshot should show you an image of you looking like yourself on your best day; communicate to casting directors the roles that you can realistically play—and ultimately book you gigs. It’s your most important marketing tool.

So after you shell out some serious dough (because headshots are an important investment and ideally shouldn’t be taken by your cousin Bobby who just convinced his parents to buy him a DSL-R), got your hair and makeup done just right, and picked the right photographer, it’s time to get in front of the camera.

But how the heck do you pose? It’s OK to feel nervous. As an actor, you’re used to using your words to communicate feeling. Let’s examine some general rules for headshot posing, and some things you must avoid.

And while editorial and headshot photographer Marc Cartwright says, “I don't really like poses because I think it kills the natural flow of someone showing their personality,” here are some headshot poses actors just should not strike.

When it comes to posing, Cartwright says don’t:

If you’re completely unsure how to pose, Cartwright says, “My general rule of thumb is that if you wouldn’t do a certain position while having a conversation with someone, don’t do it in your headshot.” That means no handstands, guys!

READ: 3 Questions to Ask Yourself Before Getting Headshots

Los Angeles–based photographer Michael Roud says that the best headshots “are ones in which there is a deep authenticity that allows the viewer to see and feel who you are as a person and as an actor.”

Some best posing practices, according to Roud, are to lower your shoulders as much as you can. “Asymmetrical shoulders always work best for the camera,” he explains. “You can either roll one shoulder forward or back.”

You’ll also want to have your head “slightly forward, similar to ‘pecking’ motion,” which helps you look more engaged.

Poses to avoid are more straightforward, he says. Actors, don’t:

So there you have it. It’s time to get out there and work the camera, then take your brand new headshots and book gigs! You got this. You’re armed with the right tools, the right poses, and your formidable talent.

Just stay away from Blue Steel and Magnum.

*This post was originally published on June 22, 2016. It has since been updated.

Marc Cartwright
Marc Cartwright is an L.A.–based photographer who has lent his experience and expertise to various aspects of the entertainment industry for over 25 years.
END_OF_DOCUMENT_TOKEN_TO_BE_REPLACED

Michael Roud
Michael Roud is a Los Angeles-based photographer and writer-director. His photography has been published worldwide and featured in major museums such as the Museum of Contemporary Art. His directorial work has been featured at film festivals around the world and has garnered tens of millions of views on TV and YouTube.
END_OF_DOCUMENT_TOKEN_TO_BE_REPLACED