The Power of The Monologue 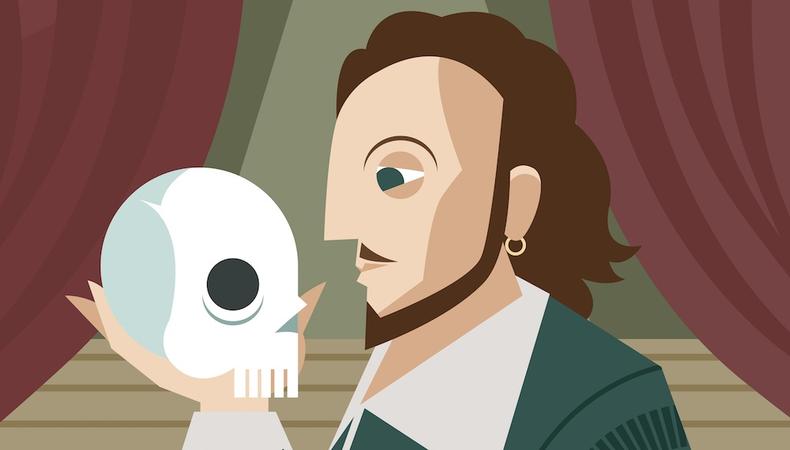 It’s important for actors to understand that “acting” is very much an action word. Too often, those seeking work in the entertainment industry easily slip into the trap of working “at” acting more than the actual process “of” acting. They go to countless seminars and workshops but how much acting is actually being done? It’s far too easy for us to think we worked on our instrument for three hours in a workshop when in actuality, we only acted for five minutes.

One of the biggest challenges for many actors is perfecting the juggling act of trying to act every day, handle a survival job, pay for classes, and balance finances when not working on set. Not an easy thing to do!

Though often misunderstood by the on-camera actor, the monologue offers many answers to many actor challenges. It’s not just a performance piece but also a training tool. When an actor decides to learn their first monologue, add a new one to their repertoire, and/or improve an existing piece, they embark upon a journey of self-discovery, continued training, personal growth, and overall craft improvement...if it’s done correctly.

So let’s take a look at the importance, applications, and benefits of the monologue.

You get to choose.
Until you become a name, picking a monologue is one of the very few times you, the actor, will actually get to choose your own character and scene to perform. That ought to be enough motivation to make monologuing a significant part of your regimen.

You get to show your best stuff.
More often than not, one of the most difficult parts of the monologuing process is finding just the right solo piece. Locating a monologue that will showcase your strongest attributes and talents and put you in your best light is not an easy task. Choosing anything less than the best is not wise. The actor should always be in pursuit of that perfect piece.

It forces you to read.My professional observations are that actors generally don’t read enough. Reading, especially aloud, strengthens the instrument and increases knowledge on many levels. When you’re on the hunt for that perfect piece (which should be an ongoing mission), you’ll be reading all sorts of genres. As a result, your understanding of the three-act story structure will greatly improve.

You’ll learn more about your character.What characters do you play best? Where are you the strongest? How does the industry see you? Having the correct answers to these questions will largely affect the advancement of your career.

READ: 9 Elements of a Great Monologue

They’re pithy.A film/television monologue doesn’t have to be long. Maybe for certain plays, but not during your pursuits for theatrical roles. Theatrical agents, managers, and casting directors get your gist very quickly. They also have short and precise attention spans. A one-minute (two-minute, max) monologue will generally do the trick.

Build the proverbial arc and create moments. Monologues need to be rich and full of life. They need to go somewhere and have moments. What else can offer you all of this but a tight one-minute performance piece? In a very measurable and concise space, you can do all the work necessary to execute brilliance. And because it’s so compact, you can really focus your attention on finding and filling those moments and executing an effective arc.

All attention is on you. The word “monologue” comes from the Greek word “monologos,” mono meaning single, alone and logos meaning speech or word. So, monologuing is when one person (you) have all of the attention while telling us about the appropriate events of the story. Your growth as an on-camera artist from under-fives to co-stars and guest-stars, right up to leads and starring roles, is largely determined by your ability to carry the role further and further through the story.

Monologue training gives actors all the necessary preparation needed to reach the ultimate goal: executing an impactful monologue in a feature film or television show, shot in ECU (extreme close-up), delivering an award-winning performance. Are you ready for your close-up?

It doesn’t cost any money.Need I say more? Having a killer monologue comes by way of research, preparation, and execution. That’s it! The return on that investment of time and effort is priceless!

When I was working as an actor, there was hardly a time you’d catch me without at least one monologue piece in development and several in the can ready to go. As an artist with a strong business mind, it just didn’t make any sense not to work monologues. Start with one, build to three and shoot for five. If you’re already there or beyond, that’s sensational!

As a coach, I expect and encourage the working actor to have at least five monologues ready to go (or in various stages of development) at any given time. I’ll let actors know that I personally can’t take them very seriously if they don’t have even one. I mean, really? What are you doing with all of your time? Work your monologues, and work them often. They don’t imposition you, they don’t cost you any money, and they’ll make you a better actor!

Get all of your monologue questions answered by peers and experts on the Backstage Community forums!