Are You a “Precious Actor”? (Spoiler: It’s Not a Good Thing) 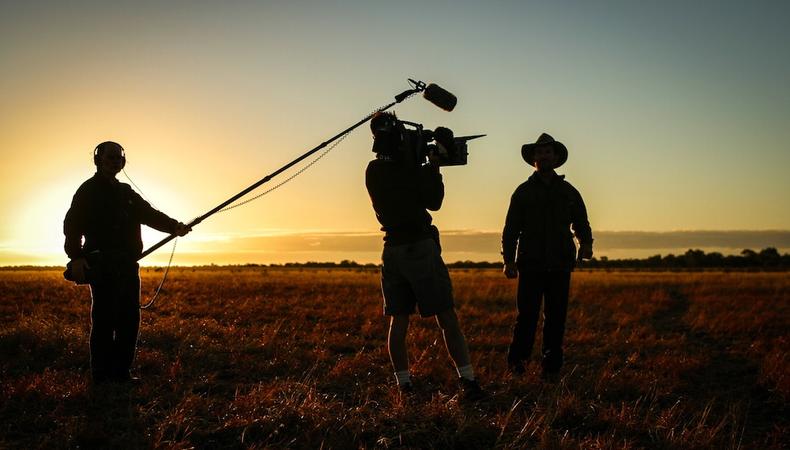 One of the first gigs I ever landed as a dialogue coach was for a TV show set in the Torres Strait, just above the northernmost tip of Cape York in Australia. It’s home to a series of idyllic islands, but where the tide sometimes rises or falls eight feet in a matter of hours, and turning your back on it for long can prove deadly. If you don’t think eight feet sounds like much, try telling that to the guys who parked their Land Rover and went for a walk, only to find an ocean where the vehicle had been when they returned two hours later.

In one of the show’s scenes, two actors sat on a small sandbar and discussed their relationship whilst the grips and gaffers stood in waist-, then chest-high water holding ladders for the camera operators, kicking away curious reef sharks in the process. As non-essential crew were ferried off in dinghies (or “tinnies” as we call them in Australia), the water rose higher and higher until the last of us evacuated in the final dinghy and turned to see the sand bar disappear entirely under water as we sped away to safety.

If you’re an actor in this situation, please don’t complain. It could be worse: you could be the guy holding the ladder.

Out of curiosity, I recently looked up one of my clients on IMDb. On one show alone he completed 667 episodes over five years. Much of this work involved him being shirtless on an Australian beach in winter, pretending it was a beautiful summer’s day. Another client shot 100 episodes of a show in Vancouver over the same length of time, where temperatures were frequently subzero. Though you may watch an actor on screen and think, “I could do better,” be very careful what you presume to be an “easy” job.

If you’re not healthy and strong enough to withstand frequent freezing temperatures without constantly complaining—let alone getting sick all the time—please don’t ever aim to be a lead on a television show.

Some actors are thought of by crewmembers as being “precious.” They’re viewed as princes and princesses, sitting in their air-conditioned trailers, emerging occasionally to hover around the food stations, eating all the good candy and asking, “When’s my scene?” Don’t be one of them.

Patience, stamina, and endurance are three absolutely essential qualities in any actor, but especially in those with any hope of playing regular lead roles in film or television. Quite aside from keeping the hard-working crew on your side (you know, those people who arrive hours before you, leave hours after you, and get paid a fraction of what you do?), these qualities just help keep you focused on the job at hand. “We’re all in this together” should be the first thought in your head before thinking of sharing any of your perceived hardships with others on set.

READ: Who's Who on Set? A Guide for Every Actor

I can honestly say that the most successful clients and friends I know working in big and long-running stints on screen are the least precious people around. Shooting mountains of scenes over 16-hour days in extreme temperatures, with lunch being served on a paper plate whilst smiling through the third interview of the day, and receiving vitamin B12 shots in the butt just to have the energy to get home and learn tomorrow’s scenes. It’s not the glitz and glamor you see on the red carpets. The events and magazine spreads are the reward (unless you see that as more work, as many actors do) for the mud, rain, heat, and sand endured on any given day.

No matter how stressed you may become on set, though, everyone has his or her job to do. Regularly reminding yourself of this is a good habit to form early in your career. Though you may be covered in fake blood on a cold, hard floor for hours, it can only help the scene and your character. For the crew who spends days standing in subzero temperatures off screen, the only thing they can hope to get is a fraction of your pay and the satisfaction of a job well done.

Be considerate, be kind. Not only will the team work as a whole, you’ll have made some great new friends with whom you can catch up for a drink years later and laugh about how you could have drowned or been eaten by sharks if the producer hadn’t included that extra dinghy in the budget.

Paul Barry
Paul Barry is an L.A.-based Australian acting teacher, author of “Choices,” and a Backstage Expert. Barry runs on-camera classes in Santa Monica as well as online worldwide and conducts a six-week program called Dreaming for a Living, coaching actors, writers, and filmmakers in how to generate online incomes to support their art.
END_OF_DOCUMENT_TOKEN_TO_BE_REPLACED