Pro-Life or Pro-Choice, ‘The Water Children’ Is Funny and Thought-Provoking 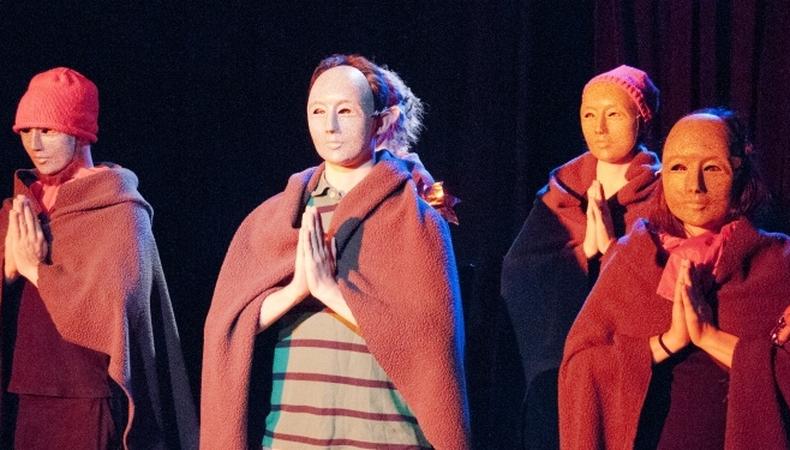 Is abortion murder? Should the rights of the mother supersede those of the unborn? Would you take an acting job to pay the rent though you disagreed with the message of the piece?

These are the tough questions Wendy MacLeod poses in “The Water Children,” her thought-provoking and funny play being given a sharp revival by a new company with an odd name, Goodly Rotten Apple Productions. The script has been slightly updated since it was first presented in 1997 by Playwrights Horizons and The Women’s Project & Productions in a brief run, and those complicated queries are just as difficult to ponder today. The battle between pro-life and pro-choice forces rages just as fiercely as ever, and the play captures the struggle with wit and compassion for both sides.

Megan is a 30-something actor beginning to lose roles to younger rivals. In return for a fat paycheck, she appears in an anti-abortion commercial despite her own ambivalent feelings on the issue—and the fact that she had an abortion herself when she was 16. Matters get even more muddied when she begins sleeping with Randall, a charismatic official who works for the organization sponsoring the ad. Of course, Megan becomes pregnant and her desire to have children comes into conflict with her mixed emotions about Randall.

MacLeod stirs in several fantastic elements to add nuance. The spirit of Megan’s unborn baby, a boy named Chance, makes periodic appearances to comment on the action. Megan’s pet cat, played by a human, enters into a dialogue with her owner on the fate of her kittens, which were given away to the ASPCA. It’s a marvelously imaginative treatment of a complex subject.

Director J. Paul Nicholas delivers a clean, straightforward production and the able cast keeps the characters from descending into stereotypes. Mary McGloin captures Megan’s warring feelings in her expressive features and body language. Randall could easily have become a slick, corporate villain, but Carson Lee makes us believe that this man fiercely believes in his cause (plus, the actor doesn’t judge the character). As Chance, Ramón Olmos Torres has the difficult task of playing an unborn spirit, yet he finds the part’s objective—to make a connection with Megan—and pursues it with intensity. Katherine Barron makes a valuable contribution in three roles; she’s delightfully arch as the cat, wry as Megan’s agent, and warmly maternal as her understanding mother. Jennifer Terrell garners laughs as Megan’s sarcastic lesbian roommate Liz, and Taylor Valentine shines in multiple roles.