The Prop Denzel Washington Requested to Build His ‘Equalizer 2’ Character 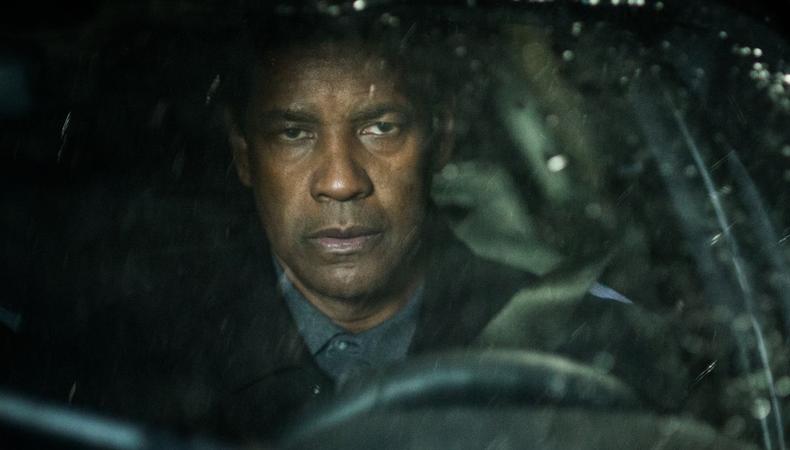 As a production designer, Naomi Shohan doesn’t find her path crossing with actors’ too frequently. She does, however, feel her foremost responsibility is to support the actor through their environment, which is why for “The Equalizer 2,” she was happy to field a specific request from star Denzel Washington to deepen his character development. Shohan spoke with Backstage about collaborating with actors, how an ex-boyfriend helped her find her production design roots, and her advice for aspiring below-the-line women.

How did you get into production design?
I got into production design when there were really low-budget productions that went straight to VHS and were sold in foreign countries like Saudi Arabia. I told a boyfriend of mine that I would art direct his post-apocalyptic exercise video, and when he left me for the exercise instructress, I took this video around. I had been working at NBC as a camera operator, so I told everybody I was a production designer and I was hired on some of those unbelievably low-budget productions where it would just be me and—if I was lucky—one other person in the art department. From there, I learned my craft.

Was there a lot of learning on the job?
There was only learning on the job. I went to art school. Production design has a lot in common with making a painting. Many production designers—most of us come from an architectural or an art background. In my case, [it’s] an art background. So you’re making a picture, but in this case, you’re making a picture through time, so it’s even more interesting. Plus, it has all kinds of analytical and anthropological elements to it.

As a production designer, how do you work with actors on a given project?
Once in a while I have a conversation with an actor about a detail. [For “The Equalizer 2,”] I had a conversation with Denzel one day about which color red to use in the apartment of the drug dealers. There were a couple of colors; one was a little bit more orange and one was a little bit more blue. I said to Denzel, “Do you have a preference about these two colors? I couldn’t make up my mind.” And he was there, and we had rather a long philosophical conversation about the nature of red.

In general, do you like to collaborate with actors?
It’s very important to me to make the actor feel the place. It supports the film, it supports the acting, it supports the actor. I want the actor to feel the environment as it’s intended in the script and respond to that genuinely, so I do everything I can to provide that environment. Sometimes there’s a conversation, [but] my path and the actors’ don’t intersect a lot. If there are things that are especially personal about the space, I want to know them. In this case, in Denzel’s house, there’s a copy of a Ta-Nehisi Coates book, and Denzel specifically wanted that there. I’m trying to provide atmosphere that supports the actor’s process.

Is it fair to say the work you do heavily affects the actor?
I hope so. At the end of “The Equalizer 2,” I think one of the last things we were shooting was a scene on a train that takes place in the beginning of the movie, and an interviewer asked me how I felt to have Denzel on this train that we created that was supposed to be an Eastern European dining car. And I said, “Really, what I want to know is how Denzel feels being on this train.” It’s not how I feel having him here, it’s how does Denzel feel on this train. That’s what I’m after; he has to believe it.

Given the disparate female representation in below-the-line roles, do you have any advice for women on breaking into the industry?
I feel like the point is all about the work. If you make it about gender, if you’re thinking about gender when you’re talking about the work, I don’t see that the conversation can be as productive as it might be. One of the things is that I’m quite tall, so I don’t get immediately condescended to because of my height, but I think it’s got to be about the work. Whatever common ground we all find together is through the work. The great blessing is that we all have this common ground, and you can be on equal ground with all kinds of people that are quite different from you. This is something that I treasure in my job, and it doesn’t really exist other places. At work, it’s a project. It’s project-driven. That’s where I put all my attention. I’ve been lucky.

Ready to get on the big screen? Check out Backstage’s film audition listings!

Casey Mink
Casey Mink is the senior staff writer at Backstage. When she's not writing about television, film, or theater, she is definitely somewhere watching it.
END_OF_DOCUMENT_TOKEN_TO_BE_REPLACED