The Pros and Cons of Studying From a Working Actor 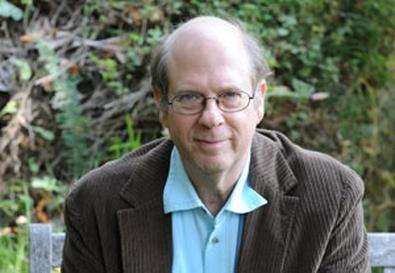 The Advantages of Studying With Teachers Who Act

The obvious advantage to studying with teachers who are working actors is that they understand today's challenges. They know what you are going through with your agent, manager, auditions, callbacks, and bookings. They can share with you things that have happened to them in the audition room, on set, or onstage.

Teachers who are working actors can give you real-world examples of how what they teach can apply and why what they're teaching is applicable to you as an actor. Actor Stephen Tobolowsky ("Groundhog Day," "Heroes," "Glee"), who teaches at Kalmenson & Kalmenson Voice Casting in Burbank, Calif., says he shares with his improv students how he had to use improvisation in auditions and on set that week. Rather than teaching a traditional improv class, "I teach a class on the way improvisation is encountered when you actually work," he says.

Actor-teacher Ken Lerner, who says his slogan at The Ken Lerner Studio in Los Angeles is "Work with a working actor," feels it is important to study with someone who is experiencing all the things that you, as an actor, are going through. That way, the teacher can "break it down" for you, prepare you for what may happen, and guide you through how to handle it. Lerner—who recently finished working on "The Mentalist," did three episodes of "In Plain Sight" earlier in the year, and was going to an audition after our interview—certainly understands the life and struggles of being an actor and says he shares his experiences with his students. "The first 15 minutes of [my] class is talking about agent meetings and readings we've had for producers and auditions," he says. "Then we open it up and talk about the experience they had and how they could have handled it better. I don't see someone who's not [a working actor] being able to do that. You can give an approximation or your opinion, but unless you've been there and been in the room and experienced that, I don't think it comes from a real honest place. I can't imagine studying with someone who hasn't been through it."

Solely because someone is a good actor doesn't mean he or she is a good teacher. Many actors are instinctive about what they do and don't know how to teach it. According to teacher William Esper of The William Esper Studio in New York, legendary actor Alfred Lunt couldn't communicate to someone else how to act. He would only say, "Do it this way," and then he'd act it out for them. "You have to be able to communicate what you know," says Esper.

If you decide to take classes with working actors, make sure you haven't just chosen them solely because they work. They need to be able to communicate their process to you. "I can explain in different ways to different members of my class, so they'll understand it, what it is that I do and how they can utilize it," says Tobolowsky. "That's what makes a good teacher from someone who works a lot."

Also remember that their approach to acting might not work for you. You might be misled because different actors require different approaches in development and style to get hired. "Actors tend to be absorbed in their own weaknesses and strengths and get excited at what works for them personally," says teacher Kimberly Jentzen, founder of Living the Art Institute in Los Angeles. "I notice that the actor who teaches is often only aware of what works for them, and there is a lack of grasp of the different and unique ways to work that vary from person to person. I've heard notes given to an ingénue by a male character actor that actually never apply to ingénues."

Teachers who are working actors may have to cancel classes when they book jobs. Esper says it's a lengthy process to make a difference in students' acting by teaching them a dependable craft. "Freud said, 'You can't help an absent patient,' and you can't learn from an absent teacher," says Esper. "They've got to be there. If they go off to do some play somewhere or they're off doing a movie for 10 weeks, it's not good for serious training."

If you and your teacher are a similar type, you may go out for the same roles. Lerner has arrived at auditions to see his students going out for the same roles, and he admits that can be awkward. If they ask him for advice on the part, he has had to say, "I'm here as an actor, not as a teacher." He also has had to deal with actors who want private coaching on roles he is also reading for. He tells them immediately, "I have to let you know that I'm going up for this same part. If you want to work with me, I'll work with you, but I don't think it's a great idea." According to Lerner, most of the time the actor chooses to be coached by someone else.

The Advantages of Studying With Teachers Who Aren't Working Actors

Those who teach but don't simultaneously pursue acting say they're not thinking about their next audition or taking phone calls from their agent; they are focused on teaching. Nor, say these teachers, are they projecting their experiences on you.

Esper, who has been teaching for more than 40 years, stopped pursuing an acting career when he discovered his strong talent for teaching. He says, "Becoming a master teacher is very complicated. If a working actor looks at teaching as a way of making a few dollars in between acting jobs, then I don't think that's ever going to produce a very good teacher."

Jentzen stopped pursuing her acting career 20 years ago when she decided it was a conflict of interest to be running to auditions, moving students around to fit her own audition, and then switching gears to teach. She felt the need to make a choice. "I wanted to have integrity," she says. "When teaching is your calling, you take the focus off of yourself."

Ivana Chubbuck of the Ivana Chubbuck Studio stopped acting 23 years ago because, as she says, teaching was her calling. When she was working as an actor, she says minutes felt like hours; when she started teaching, the hours would go by in what felt like minutes. She decided she loved the idea of being the person who is able to create and inspire greatness in other people. She says it excites her to guide actors and see their breakthroughs. When Halle Berry won the Oscar, she thanked Chubbuck at the podium and later called her and said, "This is our Oscar. It was our ideas together on that screen." "I like being the force behind the talent, not the talent itself," Chubbuck says.

To not lose her perspective on what it's like to be an artist, Jentzen directs. "It humbles me to know I too can improve in my skill as well," she says. "It puts us all on the same playing field, and directing actors professionally keeps me on my toes." Chubbuck feels that if teachers have working clients, they can stay on top of what is happening. "When I use examples, I use examples from my clients," she says, "the work that I've done with them that is current." Esper takes on an acting role every so often to remind himself of the difficulties of acting—"just so I don't get too esoteric about the whole thing," he says. "You still have to come up with all those moments. It's good to remind yourself of some of the practical realities. But I'm not an actor; I'm a teacher."

The major disadvantage in studying with acting teachers who are not working actors is that they might lose perspective after a period of not facing the challenges of working in the field. Tobolowsky jokes that acting, more than any other profession, is taught by people who have never worked professionally. Our working-actor teachers pointed in particular to teachers in academia, one saying, "They don't always have a backlog of professional experience, but they're very experienced teachers."

"The obvious deficiency here is they may not know the real-world examples of how what they can teach can apply," Tobolowsky says. "If you come from an academic base, the only way you can ever overcome the fact that you don't have a lot of real-life experience is that you have to really keep up with what is really happening in show business. You can't just keep doing 'Three Sisters' over and over again, or 'Yerma,' or all of those plays of Molière. You have to really keep on the ball of knowing what they are doing now—what is really being done on Broadway, on television, in movies—and not just rely on the old stuff."

The ultimate argument here is whether you want a teacher who is "current" or a teacher who is "dedicated." Remember, there isn't a wrong or right decision. All that matters is that they are the best teachers for you. There are many ways to educate people. "There should never be [definitive] rules, especially in the arts," says Chubbuck. "In the arts, rules are meant to be broken. In the arts, two plus two equals orange. How is it that anybody is to say one way is right or wrong? How could anybody say that you should or shouldn't be a participant in the acting world while teaching? That just doesn't make any sense."

Does It Really Matter?

What actors should look for, foremost, is a teacher who can help you achieve what you need as an actor at this point in your career. Do you connect with your teacher? Is he or she a good listener? Does the teacher understand your questions? Are you being challenged in a good way? Do you trust this person?

Esper recommends asking other people in the business for their recommendation. "If you love a certain actor's work, find out who they studied with and beat a path to their door," he advises. "Many of my students have been referred by a former student, so they have a pretty good idea of what they have in store for them and what they want to get from the experience."

"Look for a teacher that has ideas and a process that resonates with you, that you can trust them in the development of your growth, and that they aren't frustrated people but rather, impassioned about teaching and working with you," advises Jentzen.

Stephen Tobolowsky will appear on the "Working Actor" panel at Back Stage's Actorfest LA trade show on Nov. 5. For more details, visit BackStage.com.