What Is a Qualified Performing Artist? 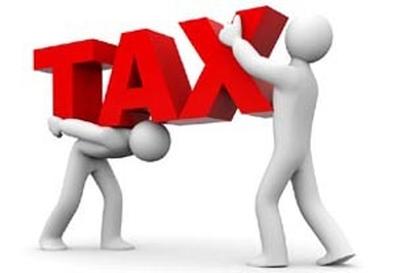 In the rules of the Internal Revenue Service, there is a special category called the "qualified performing artist," which used to be of significant value to actors.Unfortunately, although it may still be of consequence to some, as the cost of living has steadily increased, the usefulness of the QPA provision has steadily decreased. Now it's mostly a source of confusion, even within the IRS.

The QPA provision allows performers who fulfill its conditions to write off their acting-related expenses as an adjustment to their income and to take the standard deduction as well. This is a significant tax break for performers—assuming you fulfill the requirements, and therein lies the problem. The rule requires that you have no more than $16,000 in adjusted gross income; at least two W-2s, each paying at least $200, from entertainment-related companies; and performing-related deductions equal to at least 10 percent of your adjusted gross income.

In 1986, when the QPA category was created, it was a great break for performers. Unfortunately, there was no provision tying the $16,000 income ceiling to the cost of living. As the cost of living has increased over the last 24 years, that $16,000 requirement has become harder and harder—if not impossible—to meet. The cost of living has more than doubled since 1985, so $32,000 is now required to buy the same goods and services that $16,000 bought back then. As a result, it's very rare for anyone to qualify for this tax break. (As recently as June 2008, there was an effort by Sens. Chuck Schumer and Dianne Feinstein to increase the limit to $30,000, but apparently it stalled.)

Yet many people have misinterpreted these rules, causing confusion among performers. Numerous actors are advised that if they don't have at least two acting-related W-2s or make $16,000, then they are not qualified performing artists and therefore can't write off their acting expenses. I have even been told by an auditor trainee at the IRS that an actor who made $32,000 in commercials couldn't deduct her acting-related expenses because all her income came from one W-2, provided by a payroll company working for numerous producers. As a result, the auditor was going to deny all her deductions. (That was soon remedied, I assure you.)

To be clear, the term "qualified performing artist" refers to a specific regulation in the Internal Revenue Code, as outlined above. You either do or do not fulfill the requirements of that particular tax break. Beyond that, though, the terms "qualified" and "performing artist" have no special meaning to the IRS. If you made money as a performer, you are entitled to write off the expenses you incurred to earn that income, provided they are valid deductions according to IRS regulations and you can prove them with receipts and other records.

That leaves the question of whether you have sufficient expenses to warrant itemizing your deductions or whether you should use the standard deduction made available to all taxpayers. I will be discussing this issue in future columns.

In the meantime, save your receipts and other financial records and plan for when your acting career is generating income—and, of course, tax payments—with the same focus and dedication that you train and rehearse. You never know when the day will come when no one will question whether you're qualified to call yourself a performing artist. Except maybe your friends, your mother, the critics….