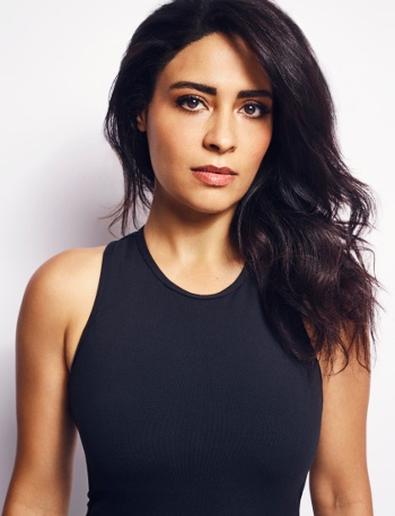 “Quantico” star Yasmine Al Massri is once again pulling double duty as FBI agents and identical twins Nimah and Raina Amin. She speaks with Backstage about Arab-American visibility, struggling with auditions, and becoming a New Yorker.

On relocating to New York City.
“I lived in Lebanon, in Egypt, in Paris… Spain, Budapest. I spent time in Germany, Vienna. I lived in Los Angeles the last five years…. New York is 10,000 times more than anything I have experienced. I think we’re so lucky to be in New York. Not only shooting the show, but the chance to live in a city that decides what happens around the world—it’s an amazing experience.”

READ: “How to Become a TV Background Actor in NYC”

On tokenism in casting.
“There was one scene [from Season 1] that is really attached to my memory. [One of the FBI handlers told Nimah and Raina], ‘The only reason why we’re here is because the enemy looks like you.’ I told [the writers that] if I am lucky enough to be on the second season of ‘Quantico,’ I hope to be here because I am a great actress, not because I’m representing an ethnicity. Give me juicy scenes, make it messy. I want to act.”

On becoming a ‘mainstream actor.’
“Most of my [earlier] movies were very political—[things] that you would see in the world cinema. That’s where I come from. Most of those movies were about talking to the press, and the people would never see them. I discovered in America the pleasure of people seeing my work, not the press. Being a mainstream actor gives you a platform that connects you directly with people, and people are the main thing that makes your success. I learned so many things that I had no idea existed when I was studying the arts in Europe. And now that I’m aware of them, I’m just enjoying acting.”

On being a witness to change.
“In the rest of the industry, I’m seeing all the auditions, the breakdowns becoming more and more creative. What is written for a man can be cast for a woman, what is written for a white American girl can be cast for an African-American girl. [Showrunner] Josh [Safran] is a part of this generation, and we got very lucky, I think, because ABC gave him that power to develop these characters the way he thought they should be. An Arab is not who you think they are; an Indian girl is not who you think she is; a white Christian girl from the South is not who you think she is…. [‘Quantico’] is really a revolutionary show in every sense.”

Ready to star in your own network series? Check out our TV audition listings!

Benjamin Lindsay
Benjamin Lindsay is managing editor at Backstage, where if you’re reading it in our magazine, he’s written or edited it first. He’s also producer and host of a number of our digital interview series, including our inaugural on-camera segment, Backstage Live.
END_OF_DOCUMENT_TOKEN_TO_BE_REPLACED