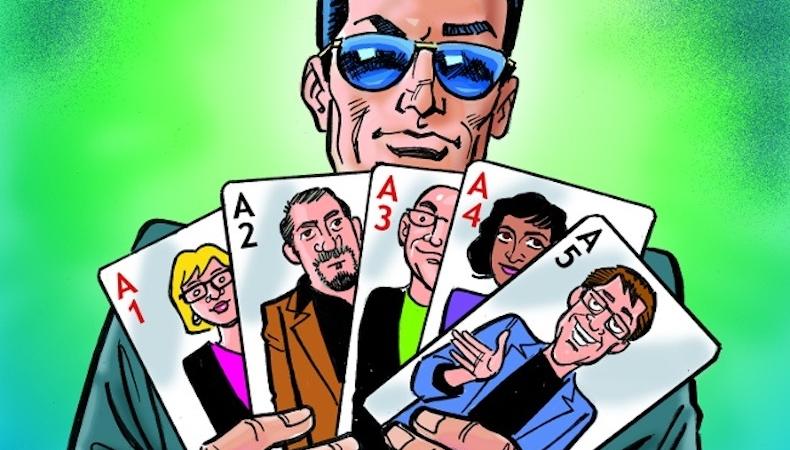 When looking for representation, most actors believe the best agent is the one who offers to sign you. I would argue that’s absurd. You can’t find the right person if you’re that desperate.

Choosing an agent is one of the biggest decisions an actor can make. This goes double during the early days of your career. So you have to approach this choice as a businessperson, not as a needy actor who has nowhere else to go.

Unless you’ve done something to attract the attention of a larger company, you’re probably going to begin your career with a starter agency. This is the kind of place that signs a ton of actors and throws them against the wall to see who sticks. It’s all about the bottom line. They don’t develop talent. And there’s nothing wrong with that. These agencies serve a purpose by dealing with all those little day player roles that guys like me ignore.

The truth is, most starter agents know their clients will eventually leave. Their goal is to generate a steady stream of income with a rotating list of actors. It’s a dirty job but someone has to do it.

Is working with a starter agent a smart move? Well, it depends. If you sign with the right one, they might help you book a few small roles and that would fill in some of the white space on your résumé. But there’s a chance nothing will come of it and you’ll end up sitting on their list as valuable time passes. There’s just no way of knowing if the relationship will work until after you jump in.

So let’s say you’ve decided to kick off your career with a starter agent. That’s fine. The question is how do you tell the right one from the wrong one, especially when more than one company has responded to your submission?

First, you should have a circle of friends you can turn to for advice. If you don’t, go directly to jail, do not pass go, do not collect $200. It’s time to rethink how you’ve been spending your time.

Now put the word out. Gather as much information as possible. Maybe some of the actors in your class have friends who are represented by the agent you’re meeting. Or maybe you can find some details on a message board like the one we have at
Backstage.com.

The best source of advice would be someone on the casting front. If you don’t have any friends who work in casting, start attending workshops and creating relationships with every casting assistant in town. Those people can give you the inside dirt on anyone.

You should also research the agent’s client list. Those names can be found on IMDbPro. If you’re not a member, sign up right away. It’s a valuable resource.

Now check the list carefully. Are there a lot of actors in your category? Are they working? Are their credits mainstream?

Once you’re actually in the agent’s office, don’t zone out. Stay focused. Ask yourself these questions: Does the agent seem genuinely interested? Are the phones ringing in the background? Did you step over a homeless person in the hallway? Take it all in. Every detail will inform you.

And finally, don’t be afraid to say no. You don’t have to sign with the first agent who wants you. If you’ve got a bad feeling about the company, there’s nothing wrong with holding out for a better choice.

Next week, we’ll discuss the kind of behavior that makes an agent great. (Yes, I’m talking about yours truly.)